Keys to victory: How the Cowboys can rebuff the Raiders on Thanksgiving

Needing a short memory after a Week 11 loss, the Dallas Cowboys will attempt to gobble up a win over the Las Vegas Raiders in their annual Thanksgiving contest.

DALLAS — Thankfully, in the aftermath of their lethargic loss by the Dallas Cowboys in Week 11, a short week is on the docket so Dallas won’t have much time to reflect on their performance in Kansas City. The best way for the team to put the 19-9 loss to the Chiefs behind them is to prepare for the next challenge.

This week features the annual Thanksgiving Day game for the Cowboys and the Las Vegas Raiders will be the opponent and new focus. If Dallas is to get back on the winning track, they will need to move forward. There is also hope that they will get a few players back in action to help along the way.

Here are some keys to stuffing the Raiders in Week 12:

Feast mode for Zeke and Pollard

The Cowboys haven’t been running the ball well in the last few games, which makes this week the perfect opportunity to get the rushing attack back up to snuff. Running back Ezekiel Elliott hasn’t topped 69 yards in several weeks and fellow RB Tony Pollard hasn’t gone over 50 yards in the same time span.

It’s been a tough sledding, but the offense does have some good news. Left tackle Tyron Smith is poised to make his return after missing the last three games and the line should be stabilized with his presence. Connor McGovern making his second start at left guard should help with continuity, as well.

The Raiders have one of the worst run defenses in the league, ranking 29th and allowing 132.1 yards per game. Their defense has allowed over 100 yards rushing in eight of their 10 games this season, including 159 yards last week in a loss to the Cincinnati Bengals.

This should be a get-right game for the Cowboys and their run game.

The offensive line for the Cowboys has been in flux for a few weeks now, failing to keep Prescott comfortable in the pocket. Prescott was sacked twice against the Denver Broncos in Week 9 and then a season-high five times against the Chiefs last Sunday.

To make matters worse, the Raiders employ the elite pass rushing tandem of Maxx Crosby and Yannick Ngakoue, who have combined for 12 sacks this year. The defenders rank third in the league in bringing down quarterbacks as a duo.

Crosby – with just five sacks – is also among the best defensive ends in the game at creating pressure.

The Cowboys will need to make sure that they give Prescott time in the pocket to shred a defense that has struggled in recent weeks.

The Raiders have one of the better passing games in the NFL, ranking third in the league with 289.6 yards per game through the air. Carr has five games with over 300 yards passing this season, ranks third in passing yards (3,041) overall, and is completing almost 68% of his passes.

Waller, meanwhile, is one of the best tight ends in the game and is Carr’s favorite receiver to target. With 610 receiving yards, Waller ranks fourth in yards at the position. He is also fourth among TEs in receptions with 51.

Waller is coming off one of his best games of the season, with 116 yards receiving. The Cowboys just gave up 74 yards to Chiefs TE Travis Kelce in Week 11, so they’ll need to keep Waller’s production in check if they want to enjoy Thanksgiving dinner as the victors.

Be thankful for takeaways

The Raiders are on a three-game losing streak and one of the reasons for their slide has been turnovers. In their last three games, the Raiders have given the ball away seven times, losing three fumbles in addition to four interceptions by Carr.

The offensive line for the Raiders has been an issue that has contributed to the turnovers. Las Vegas has given up five sacks in their last three games which has kept the pressure on Carr.

Dallas’ defense remains one of the best at collecting takeaways, forcing 19 on the year. Dan Quinn’s unit has been good at getting the ball out and giving the offense short fields, which has been a recipe for success that the Cowboys would surely like to see continue on Thanksgiving.

Gobble TDs in the red zone

The Cowboys were 0 for 2 at scoring touchdowns in their red zone trips against the Chiefs last week, doing themselves no favors in trying to beat a tough team on the road. The offense has been better in that area at home this season and they recently found paydirt in each of their opportunities in Week 10.

Offensive coordinator Kellen Moore, Prescott, and the offense need to cash in when they find themselves inside the 20-yard line. The Cowboys have no issues moving the ball, but putting six points on the board instead of attempting a kick for three is a key to feasting on Thanksgiving.

Do you see the Cowboys coming away with a Thanksgiving victory over Las Vegas? Share your predictions with Ben on Twitter @BenGrimaldi. 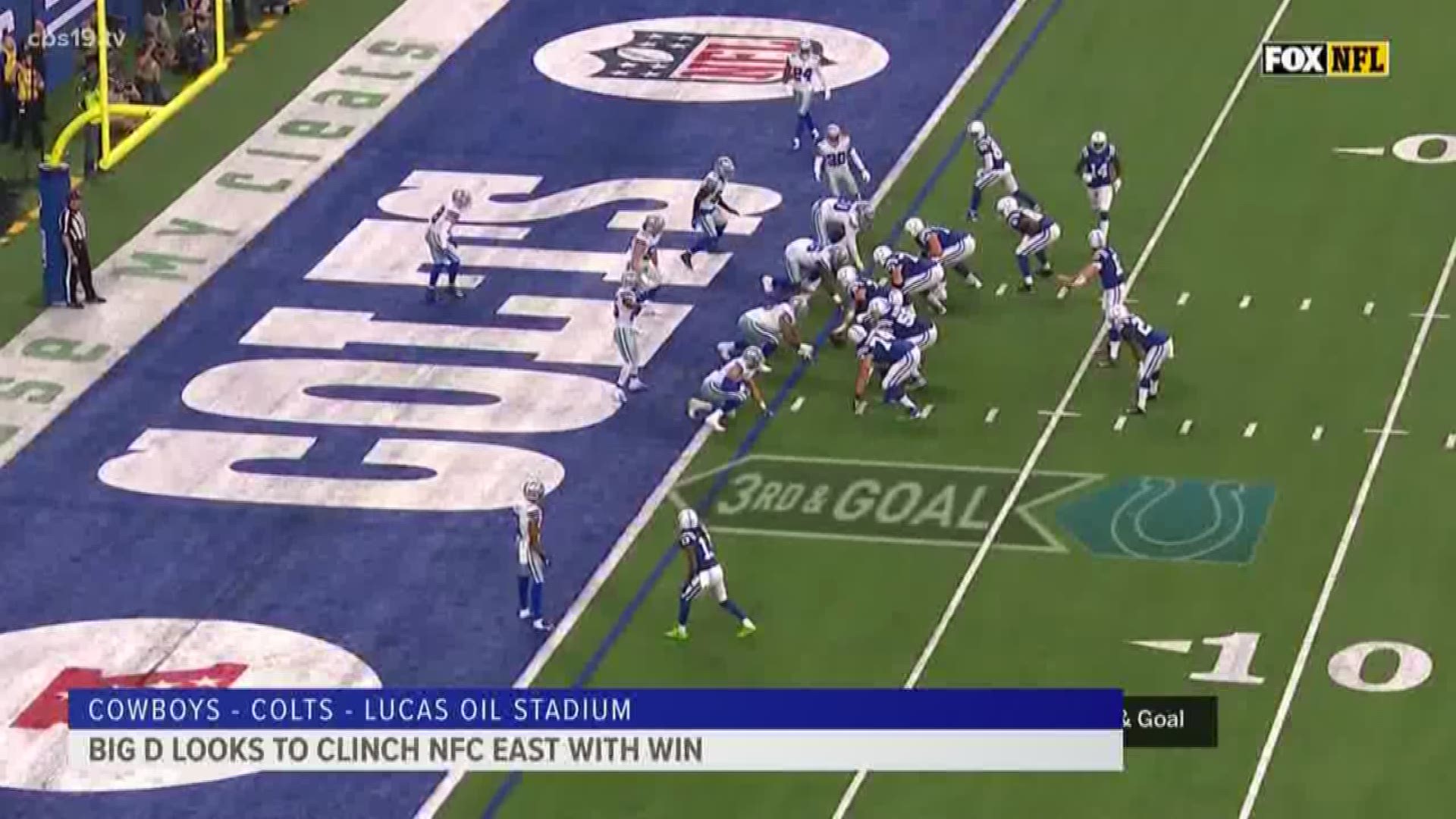