The Houston Texans organization said they take such accusations seriously but would "await further information before making any additional statements." 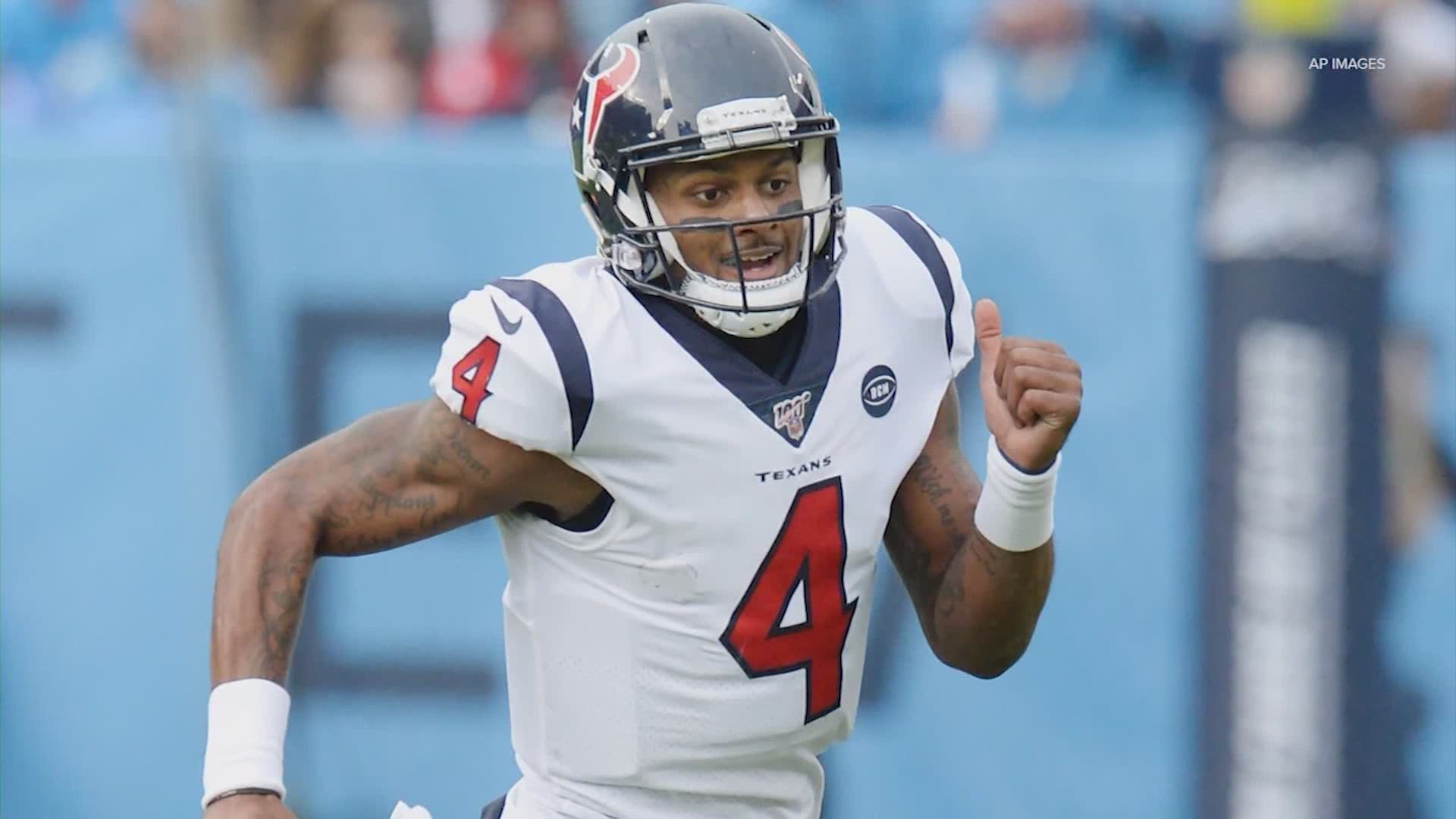 HOUSTON — Two civil lawsuits have been filed in Harris County accusing Texans quarterback Deshaun Watson of inappropriately touching women. Houston attorney Tony Buzbee said there are two other cases that have not been filed.

According to court documents, one of the alleged incidents happened last March. According to that lawsuit, Watson messaged the woman on Instagram to schedule a massage. The plaintiff is referred to as Jane Doe in court documents.

During the session, the lawsuit claims Watson was “completely naked with only a small towel covering his groin area.” It says “due to Watson’s comments and behavior, ... It became apparent that Watson wanted a massage for only one reason – sex.”

The lawsuit claims Watson committed “civil assault” by intentionally touching the plaintiff in an offensive way.

"Later, Watson reached out to Plaintiff via text message to apologize for the incident," the lawsuit says.

According to the lawsuit, the masseuse claims two other NFL players direct messaged her on Instagram a few weeks later to schedule massages saying they had been recommended by "Big D."

Watson responded to the allegations on Twitter by posting a written statement. He called Buzbee a “publicity-seeking lawyer” who, before filing suit, “made a baseless six-figure settlement demand," which he says he "quickly rejected."

Watson wrote, “I have never treated any woman with anything other than the utmost respect.”

Buzbee broke news about the first civil lawsuit in a post on Instagram and Facebook. He wrote, “this case isn’t about money – It’s about dignity and stopping behavior that should be stopped, NOW!"

“We became aware of a civil lawsuit involving Deshaun Watson through a social media post last night. This is the first time we heard of the matter, and we hope to learn more soon.

"We take accusations of this nature that involve anyone within the Houston Texans organization seriously. We will await further information before making any additional statements on this incident."

Below are links to the lawsuits. Please be advised -- they contain graphic content