The Sam Barlow High grad is the defending gold medalist in the Olympics and broke a record that's stood since 1990. 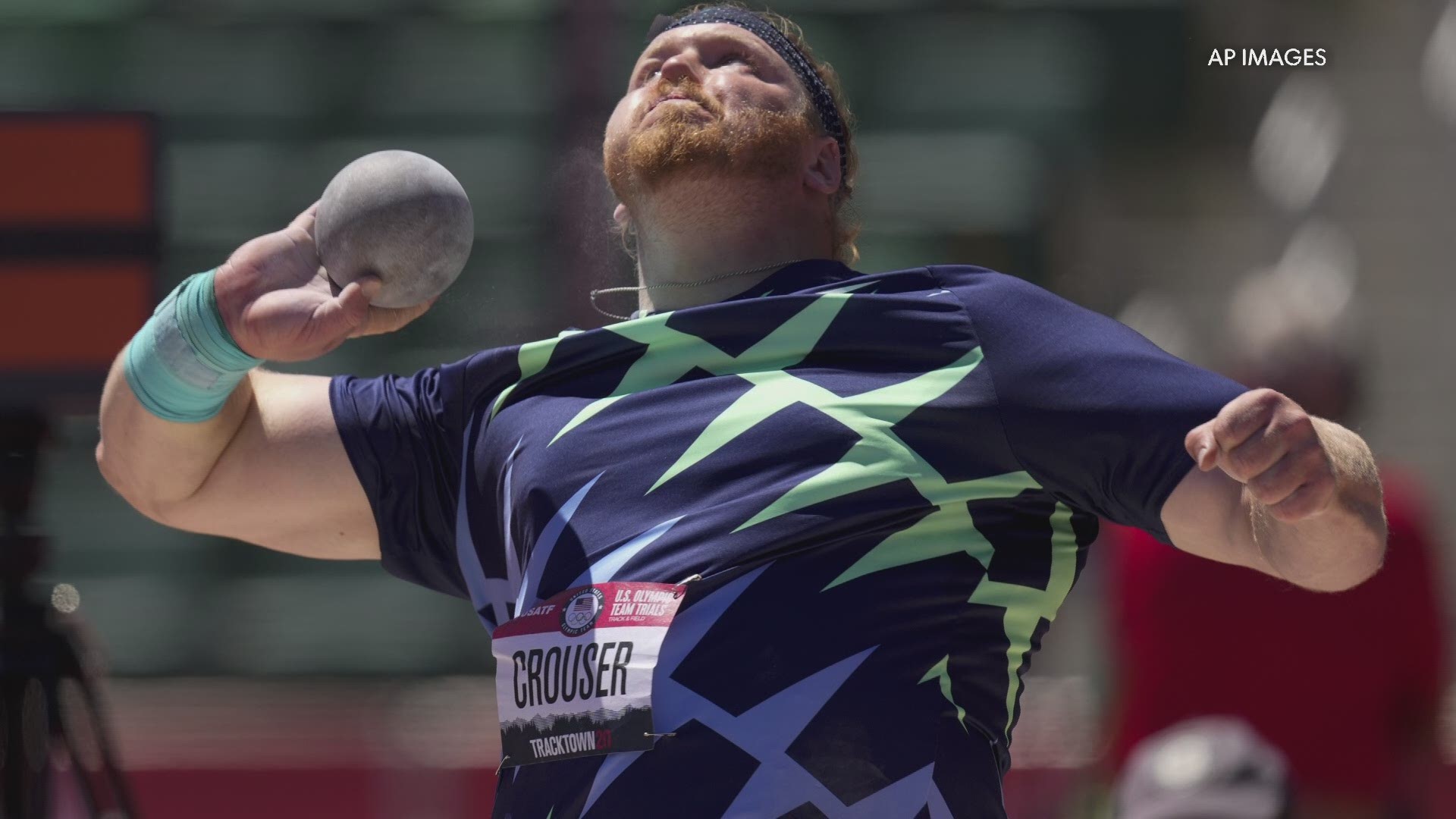 EUGENE, Ore. — Oregon native Ryan Crouser has shattered a world record on his way to clinching a spot on Team USA in the Tokyo Olympics.

When Crouser’s fourth try plunked into the dirt, the quarter-filled stadium sent out a collective gasp. About a half-minute passed while officials checked the distance. When it came up on the board, he was mobbed by his competitors over near the circle.

Crouser graduated from Sam Barlow High School in Gresham and won the gold medal at the 2016 Olympics in Rio.