One on one: LeTourneau men's basketball coach Dan Miller 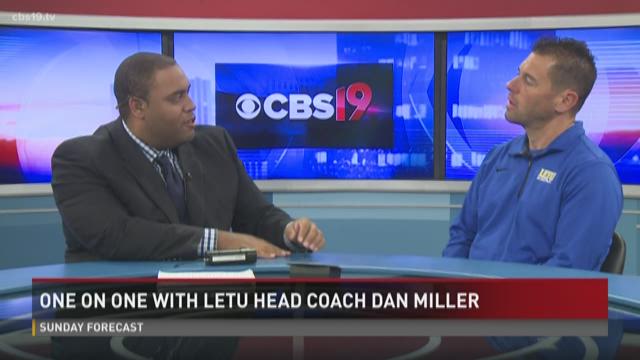 TYLER - LeTourneau University men's basketball coach Dan Miller stopped by the CBS 19 studio. Miller spoke about the success of the program and how he, and his team became part of march madness.This season the Yellowjackets received an at large bid to the NCAA division three tournament. This is the first tournament appearance for the men's basketball program.

In the first round of the tournament the Yellowjackets beat Hanover 85-77, however they lost to Emory in the second round by one point. Fortunately the team is returning multiple starters as well as the core group of underclassmen. The team finished the season 16-2 in the American Southwest Conference and 24-5 overall.