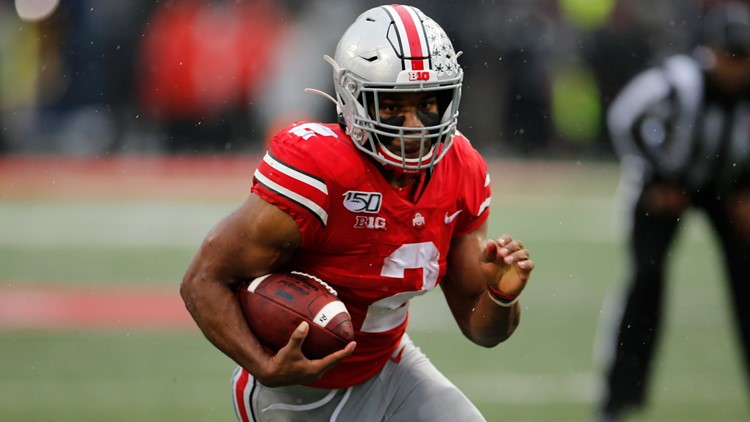 Dobbins, who is an alum of La Grange High School, ran for more than 1,800 yards in the 2019-2020 season, scoring 20 touchdowns. He scored at least one touchdown in eight straight games and had nine 100-yard rushing performances during the season.

At the end of the season, Dobbins ranked second in all-time rushing yards at the stories program.

Dobbins was a Doak Walker finalist and finished sixth in the Heisman Trophy voting.

The Earl Campbell Tyler Rose Award is chosen by a group of Texas-based journalists and college football dignitaries. The award goes to the nation's top player who hails from the State of Texas.

Earl Campbell appeared at the event with his sons to present the award.

The other nominees for the Earl Campbell Tyler Rose Award were: