Oso Ifesinachukwu, a former Vandegrift standout-turned-Yale defensive end, is painting a message of pain and a message of hope. 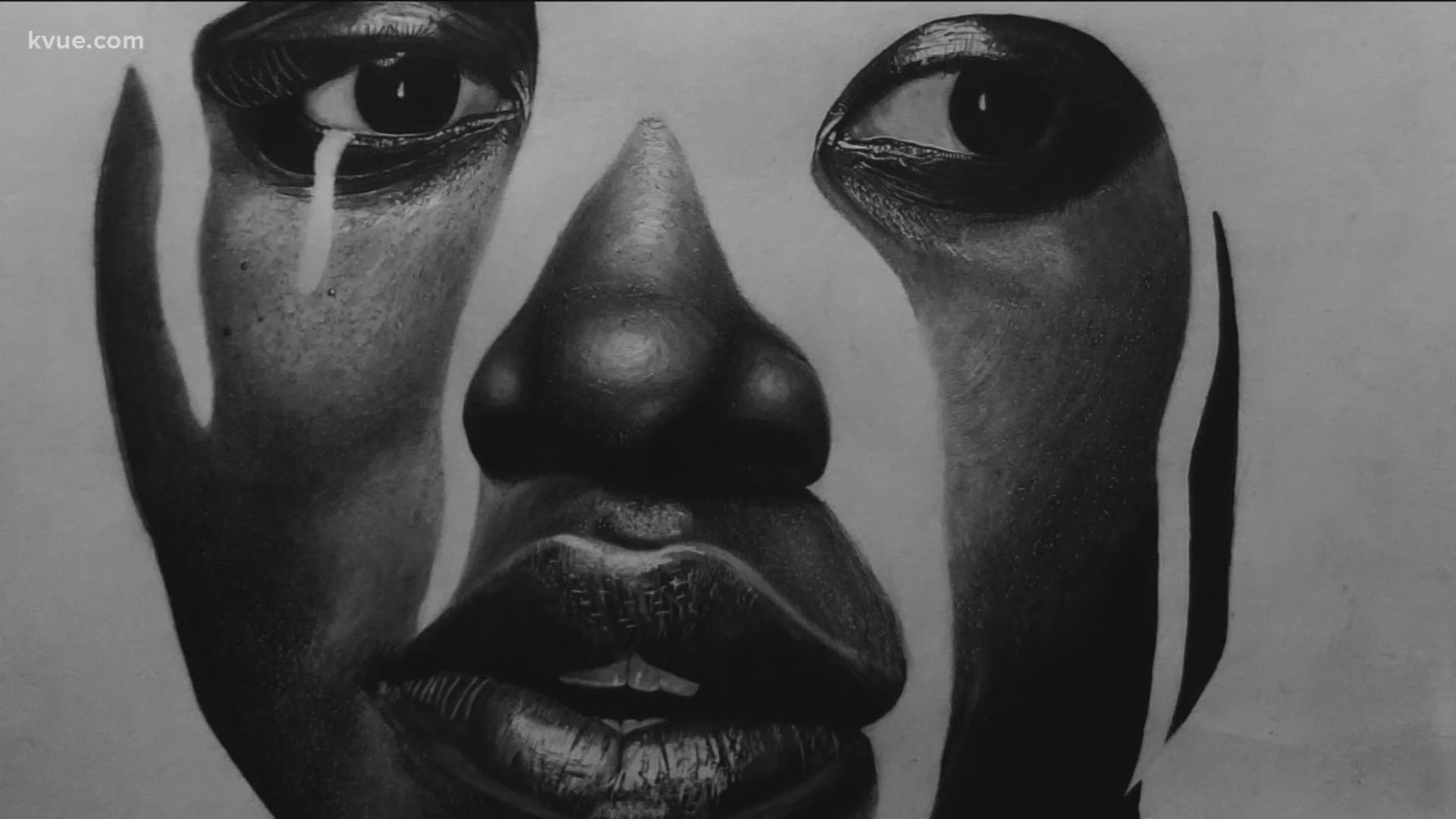 “I want people to see my art and appreciate it for what it looks like, but then also look into it deeper and see the message behind it,” he said.

A former Vandegrift star and current member of the Yale football team, Ifesinachukwu knows that this moment is bigger than sports. It's why he's taking the time he'd normally be spending playing football to paint a picture of the Black experience.

Ifesinachukwu is a self-taught graphite and charcoal artist.

Each composition takes more than 100 hours to finish, and each tells a story.

“With my drawing of Lupita Nyong'o, it’s about discrimination towards Black women. The title of it, ‘Erasure,’ [is because] a lot of Black existence is being erased and being suppressed,” he said.

He told KVUE he plans on launching a website soon so he can sell his art and then give all the proceeds to disaster relief.

"It's a tribute to my parents because they're Nigerians and they had to suffer through the Nigerian Civil War. I wouldn't be here if they didn't survive and they wouldn't have survived if it wasn't for people who gave disaster relief. It's just kind of a way to pay it forward," he said.

So at a time when coaches would normally be drawing up plays for Ifesinachukwu, it's Ifesinachukwu drawing up portraits to help others and help paint the picture of what it means to be Black in America.