The Dragons took the trip south to Jacksonville and defeated the Jags to move to the second round of tournament play. 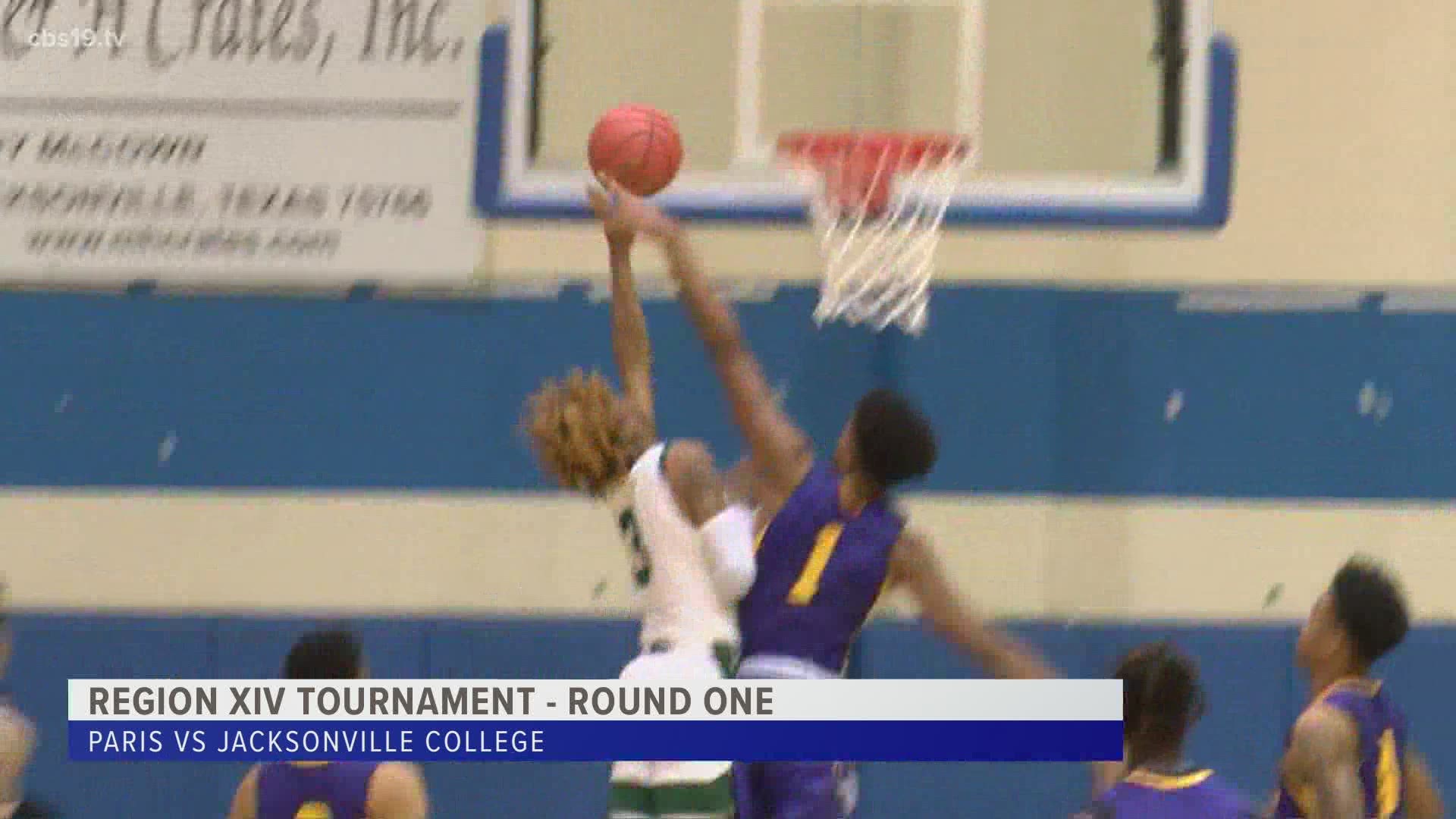 JACKSONVILLE, Texas — There was an air of excitement in John Alexander Gymnasium Tuesday afternoon as the hometown Jacksonville Jaguars were excited to host this year's Region XIV tournament.

Having the opportunity to play in front of your home fans is always an added bonus especially during tournament season, but the Jags weren't looking for friends and family in the stands of the historic gymnasium, instead their hands were full dealing with the Paris guards.

Paris Nate Braden was sensational for the Dragons, scoring off the tip and making life miserable for the Jags all afternoon long.

When the Dragon's offense had issues early, they went to sixth man Tavion Carroll. The Freshmen from Desoto, Texas had two big buckets early to help give Paris an early lead, a lead they would take until the final whistle.