Player of the Week - Khalan Griffin

BULLARD - This week's player of the week winner is one of the most versatile athletes in East Texas. He shocked the region last year as a sophomore, and is now picking apart defenses during his junior year at Brook Hill. 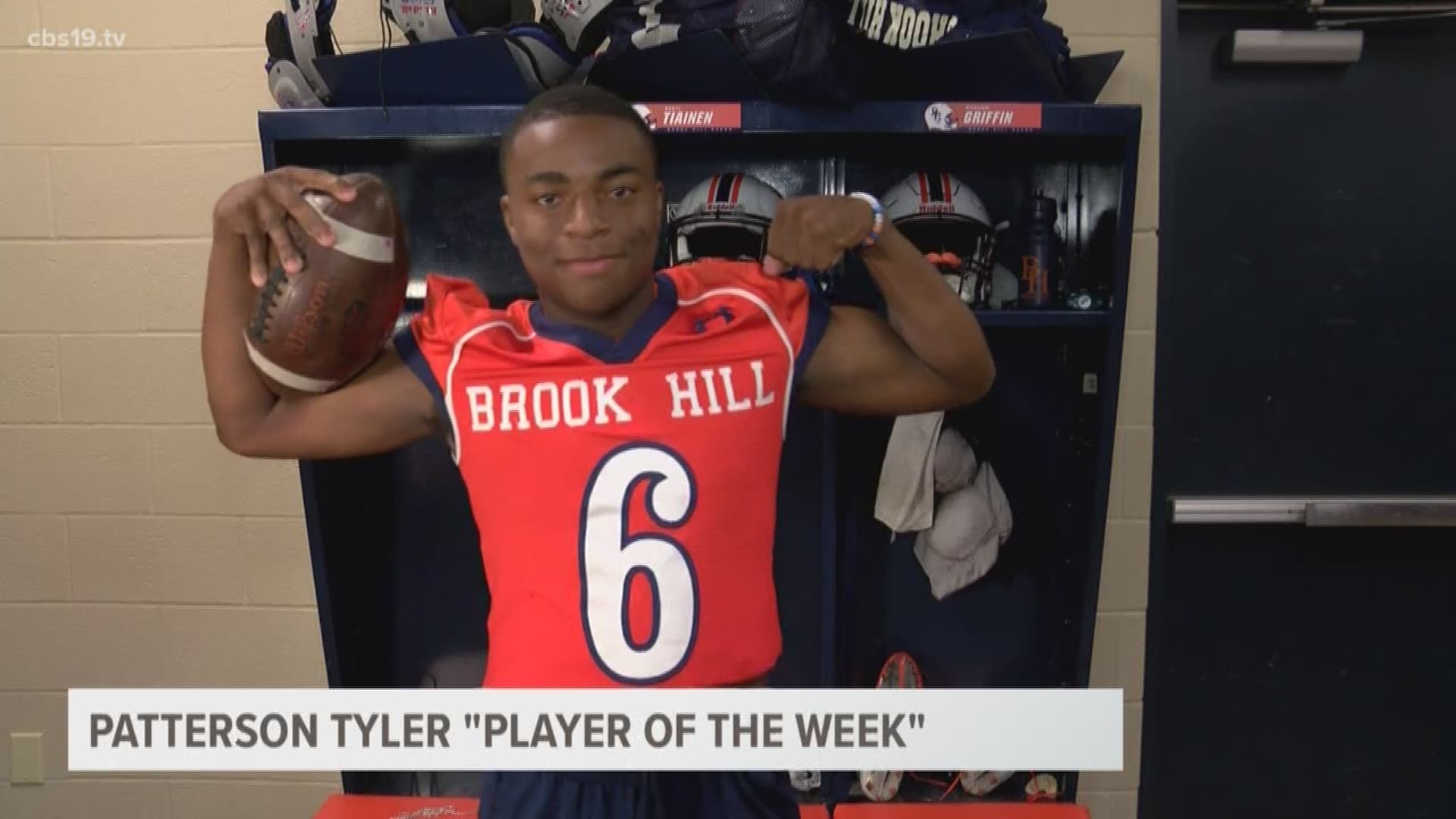 BULLARD - This week's player of the week winner is one of the most versatile athletes in East Texas. He shocked the region last year as a sophomore, and is now picking apart defenses during his junior year at Brook Hill. This past week, he threw for 139 yards, rushed for 184 yards and picked up 5 rushing touchdowns. Khalan Griffin is this week's Patterson Hyundai of Tyler Player of the Week.

"You know that Friday to go through walkthrough I can just feel the energy and the buzz around us and you know we were predicted to lose that game you know for some reason and that kind of put a chip on our shoulders on all of my teammates shoulders we were talking about it in the group chat let's go out there and prove them wrong and let them know what this B-H [Brook Hill] Movement is about."

"I mean things just feel into the right place we had some big conversions and we got down the field and drove it down their throat and scored on the first drive so we knew that we were about to go out there and put in some work."

"Honestly I really have to give it to my offensive line for creating the holes that I was able to go through and my receivers for working their butts off and blocking so it's definitely a team effort no doubt whenever I see the hole I hit it and go into the end-zone."

"We have a well-rounded team honestly and I feel like we can really go out there and do some damage this but I just go out there and run the play that coach calls and run it to the best of my ability."

"This B-H [Brook Hill] movement has been something serious every day in the summer we had guys come up here putting in the work and we just said that we're going to start something this year something different and put a little twist to it you know. We're going to start this BH movement and that's where it comes from. It's pretty awesome and I love it, just tagging it and twitter posts and instagram posts and everybody is serious about it. It's just awesome to see how the Brook Hill community has come together and every body shows up to the games it's incredible and I love it honestly it's amazing."

"When I put that jersey on I'm representing my family, god, coach Ryle and the BH movement that's what it means when you put the jersey on. I want to thank my coaches and my teammates they go out there every week and lay it on the line and I just want to thank them. I want to let everyone know that this isn't an individual award this is a team award and I'm just accepting it on their behalf I love each and everyone of my teammates and my coaches they push me to be the best the best that I can be and I just want to thank them for that and I love them. I love Brook Hill, I love the school and I love going out there playing the game of football."