TYLER - The John Tyler Lions are use to making the impossible possible. This week's we have not just one but two athlete's that made that notion a reality. 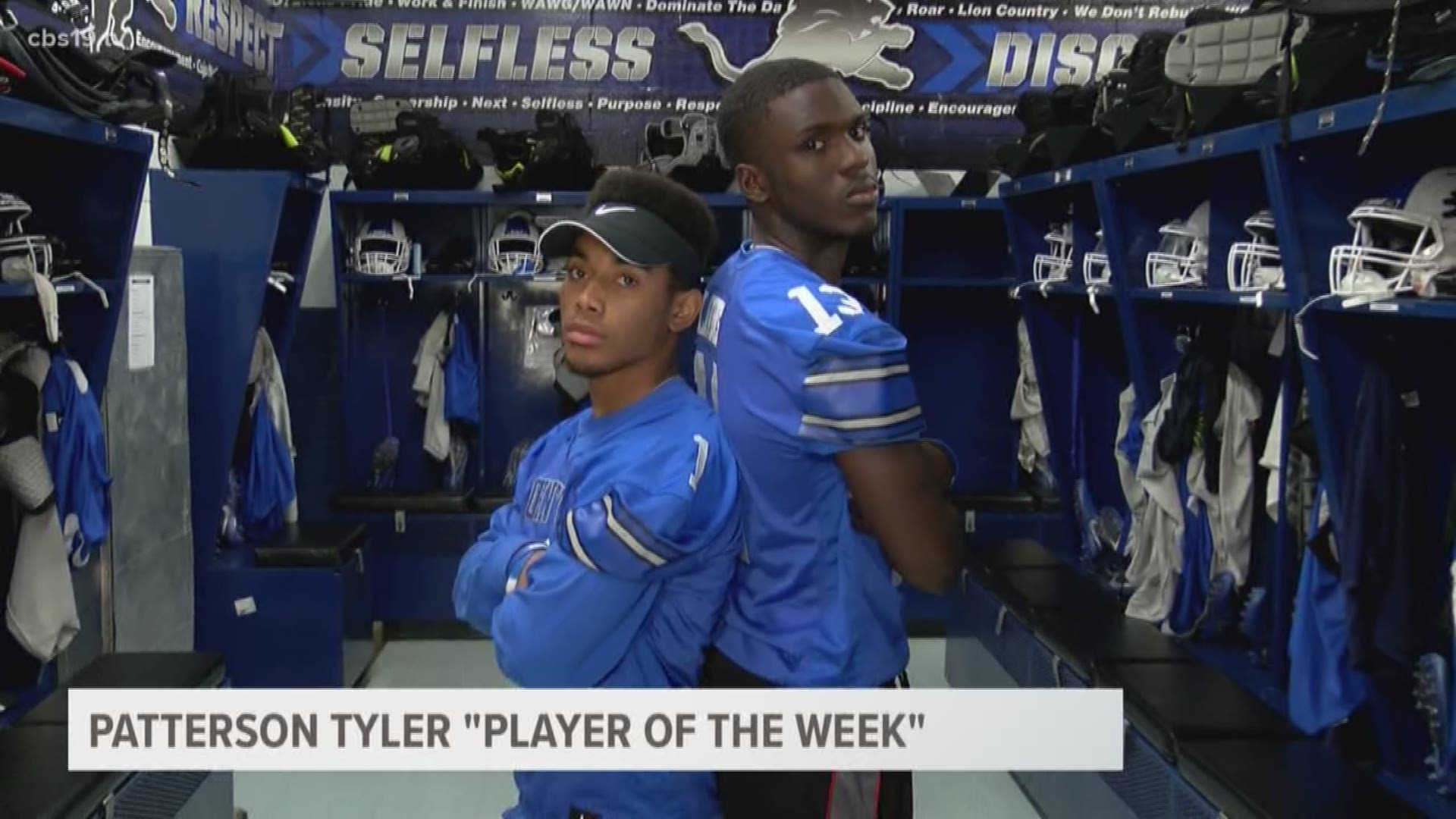 TYLER - The John Tyler Lions are known for making the impossible possible. This week we have not just one, but two athlete's that made that notion a reality. John Tyler quarterback Devlen Woods and wide receiver Ke'Andre Street, with time expiring were able to take down the Poteet Pirates on a last second Hail Mary to win the game. Which is why they're this week's Patterson Hyundai of Tyler players of the week.

"We're around the 46 somewhere in that range and I said I can throw from around that area into the end-zone."

"We get on the field and we line up and see that there's player ready to tussle."

"We went out there and snapped the ball."

"So I am running, I'm still running to the end-zone, and I see the ball up in the air I see him lunging."

"I let it go and I was like wow that was a good ball. Then I was like I threw that ball."

"I remember a defender with his hand on top of the ball trying to rip it out. So when I brought it down I secured it all I heard was the crowd just go wild."

"When I caught I saw the refs do this and said touchdown."

"Me everybody went crazy, the fans everybody."

"We got a couple of flags on that because everybody rushed the field. They stormed the field."

"This is what we practice for. From freshmen year to now and to see it all come together in the last seconds it was a miracle."

"I expect that you know. Ke'Andre doesn't have an offer from Houston for no reason."

"Being in that situation and making a play and that player it's a blessing I just can't thank nothing but god."

"I have the best linemen in the state they're amazing."

"If it weren't for them half the stuff that us skill players do it wouldn't even exist."

"He's quiet, he's a quiet leader and he leads by example anything we know Devlen, he will never do wrong never."

"Putting this jersey on means a lot because coach Holmes always told us everybody can't play John Tyler football we had people start out freshmen year but as you see some people don't last the whole way. So for me to put this on is a blessing."

"I've been having a lot of fun just knowing that all my brothers are behind me you know, and that we're all in this together."