Player of the Week - Haynes King

LONGVIEW - Whether it's through the air or on the ground this athlete continues to drive defenses crazy and guess what he's just a junior and he's your player of the week. 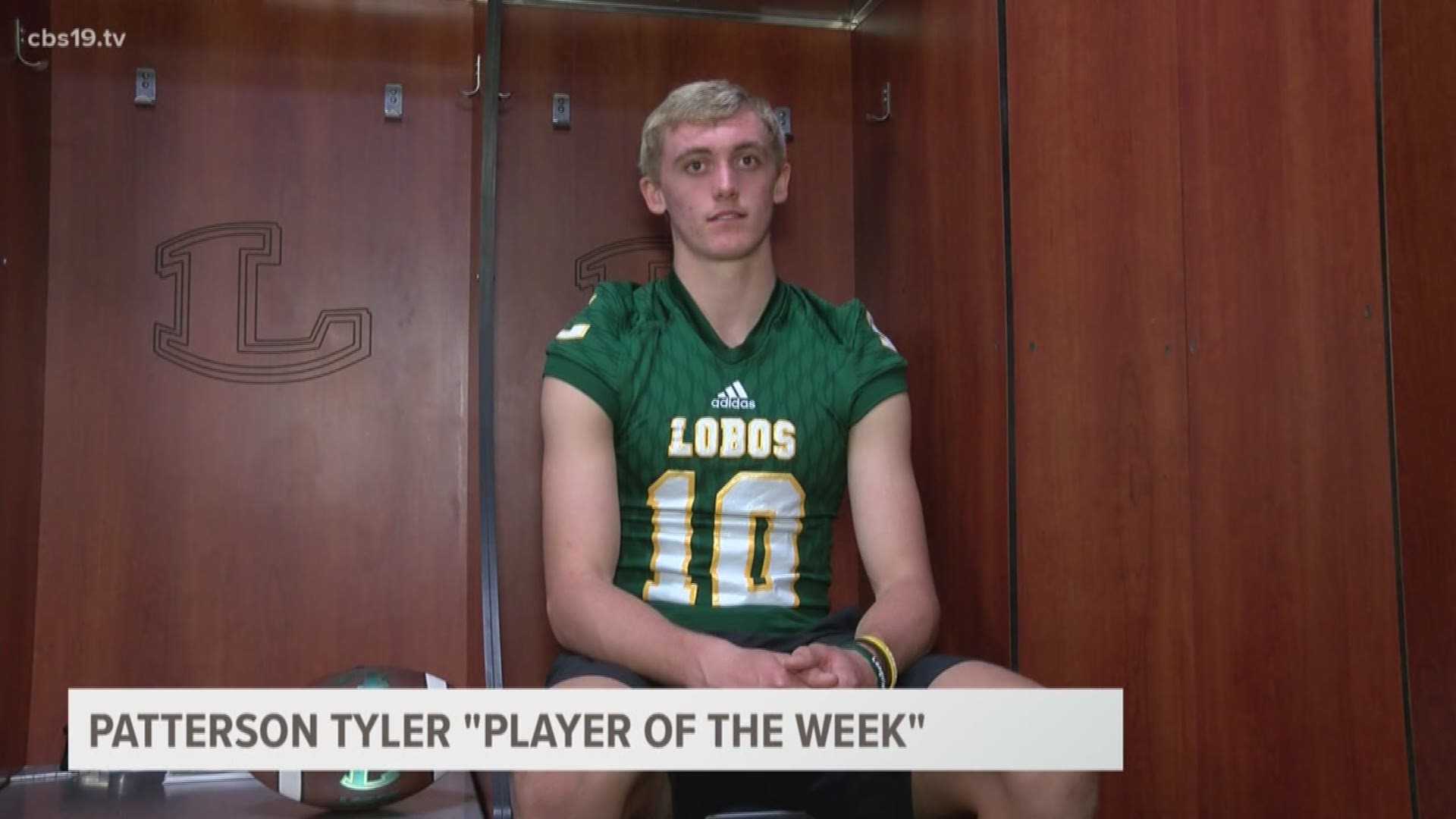 LONGVIEW - Whether it's through the air or on the ground this athlete continues to drive defenses crazy and guess what he's just a junior and Haynes King is your player of the week.

"Last year I kind of came in somewhat during the middle of the season I led by example but it's the seniors team so I let them be the vocal leaders and this year I'm working on being more of a vocal leader and also leading by example."

"All off season we preached you have to be great good is not great you have to keep striving and through out the season we talked about overcoming adversity we had the loss of the first district game we had a couple of injuries so we had the next man up and overcome adversity and keep grinding."

Talk about that pretty impressive win and that performance last week?

"We knew we had to go on the road to Louisiana and it's going to be a physical team we had to outscore them so I tried to put my teammates in a position to give them a chance to win."

Why is this team so special?

We've grown up together we have great chemistry we know a lot about each other we've played with each other on select teams played against each other that's what brings this team together.

How do you build that bond with Kamden Perry?

"We've been friends since we were little and we've been throwing to each other every Sunday just working on timing and consistency all that stuff trying to get the edge over people."

Having coach on the sideline what kind of impact does he have on this entire locker room?

How does that relationship work?

"It's a close relationship we try not to take too much work home from the football field but we take a little bit and discuss stuff but we just have that connection like that."

What does this community mean to you?

"We have passionate fans who are always behind who are there when we're successful or we're not. I love the game of football, football is supposed to be fun and that's just what I'm doing I'm out there having fun playing my game."