Player of the Week - Jaylon Jimmerson

PITTSBURG - This weeks athlete was getting done on both sides of the ball not only did he rush for 116 yards, scored 2 touchdowns, had 2 interceptions, and also had 8 tackles as well and he's this weeks player of the week. 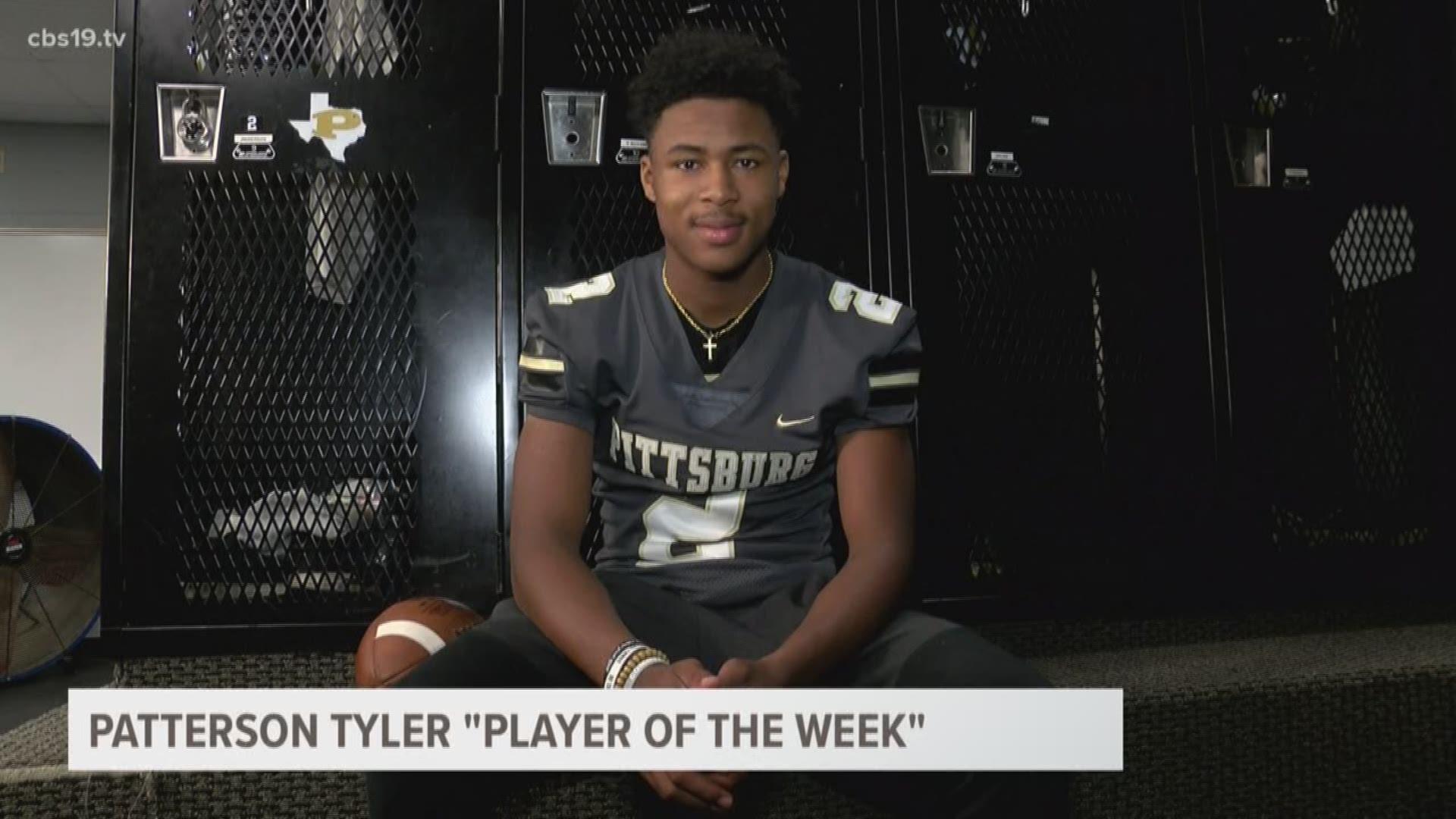 PITTSBURG - This weeks athlete was getting done on both sides of the ball. Not only did he rush for 116 yards, scored 2 touchdowns, had 2 interceptions, and also had 8 tackles and he's this weeks player of the week.

"That win was very important. Rusk was that team that put us out last year in the playoffs so we owed them. I actually played my worst game against them so I had to give it right back to them. Coach Baca called the plays and we just ran it successfully and it just came out great for us and I just couldn't have done it without my o-line and my great wide receivers catching the ball for me."

"Five different receivers had touchdowns so I couldn't do it without those guys and I'm just blessed to have teammates like them. It felt great it felt really great and to be on their home field it felt really good. It means everything. We have 26 guys and we have a lot of people on both sides but I wouldn't trade it for the world because I know they have my back at the end of the day."

"My mother she's on me everyday and that's why I'm the person I am today and I'm thankful for that. She taught me the responsibility of hard work and to never give up and there's going to be obstacles in your life that you're going to have to overcome and going both ways is one of them. I have to overcome, if I'm tired I'm just going to have to push through it. Everybody is not able to play this game where we play it."

"I think about my aunt before every game. she would kill to be here to watch me play and I just go out there for her. My aunt died before I got my first varsity sophomore year start. She died that August, everyday in every practice. I wear her date on my wrist every game and it just reminds me what a great amazing person she was and I would kill to have her in my life right now."

"You don't have many schools that are behind your football team as much as ours and I'm thankful for my community, I'm thankful for the four years I've been here and I wouldn't want it any other way. Football is a great sport but you have to interpret it to life too. It's not just about what you do on the field but it's about how you impact others."