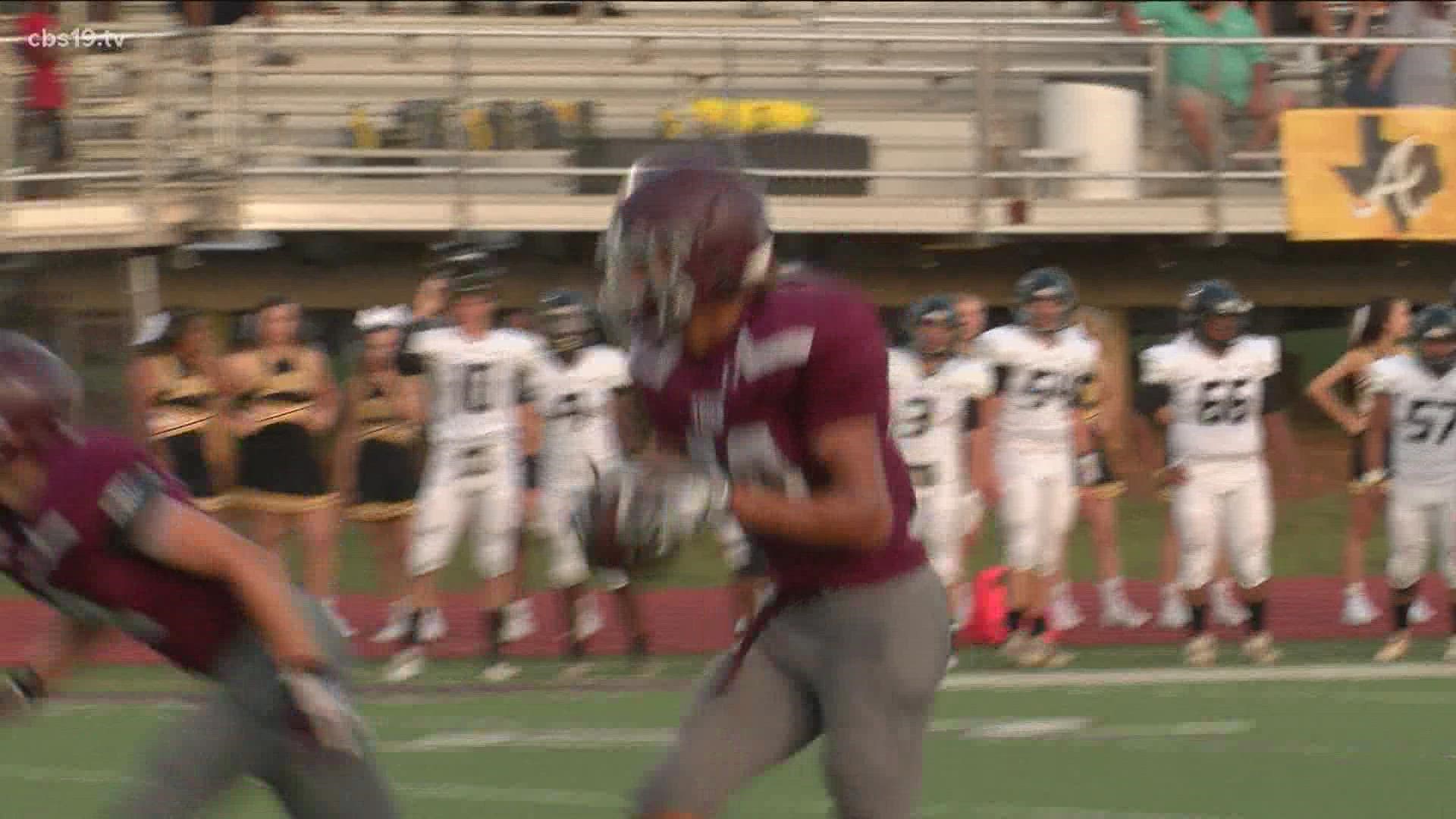 TROUP, Texas — The Troup Tigers are off to a 3-0 start this season and it's thanks in large part to iron man Kevin Pierce.

Pierce plays the part of human-Swiss army knife for John Eastman's Tigers, playing running back, safety and wildcat quarterback once near the goal line.

Last week, in a 34-20 victory over Bullard, Pierce was simply spectacular. He had 33 carries for 224 yards, and 4 touchdowns. On defense he also played almost the entire game and had an interception.

Only a junior, Pierce is making his presence felt throughout East Texas as not just a talented running back, but as an overall total football player.

He'll look to continue his stellar play this Friday night as Troup takes on 1-2 Brownsboro.