Red Raiders send student-athletes to the next level 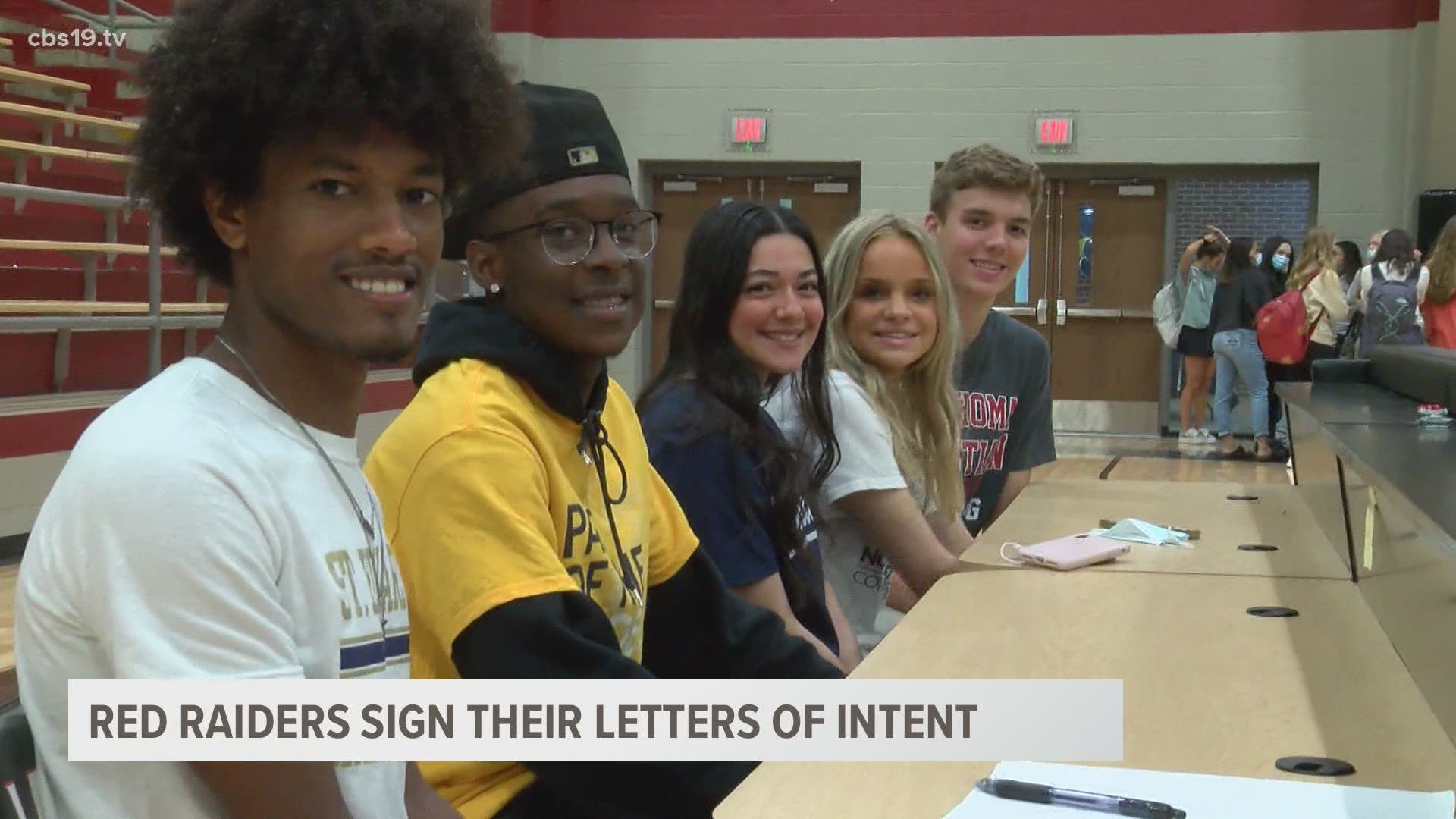 TYLER, Texas — It was an early wake-up call Monday morning over on the campus of Tyler Legacy High School, but it was a morning six Red Raiders won't soon forget.

A half-dozen Red Raiders inked their National Letters of Intent Monday as they embark on the next chapter of both their athletic and academic careers.

The following Red Raiders will be headed to their respective college or university to compete in collegiate athletics: