Kellogg will remain in Deep East Texas at least through the 2025-2026 season. 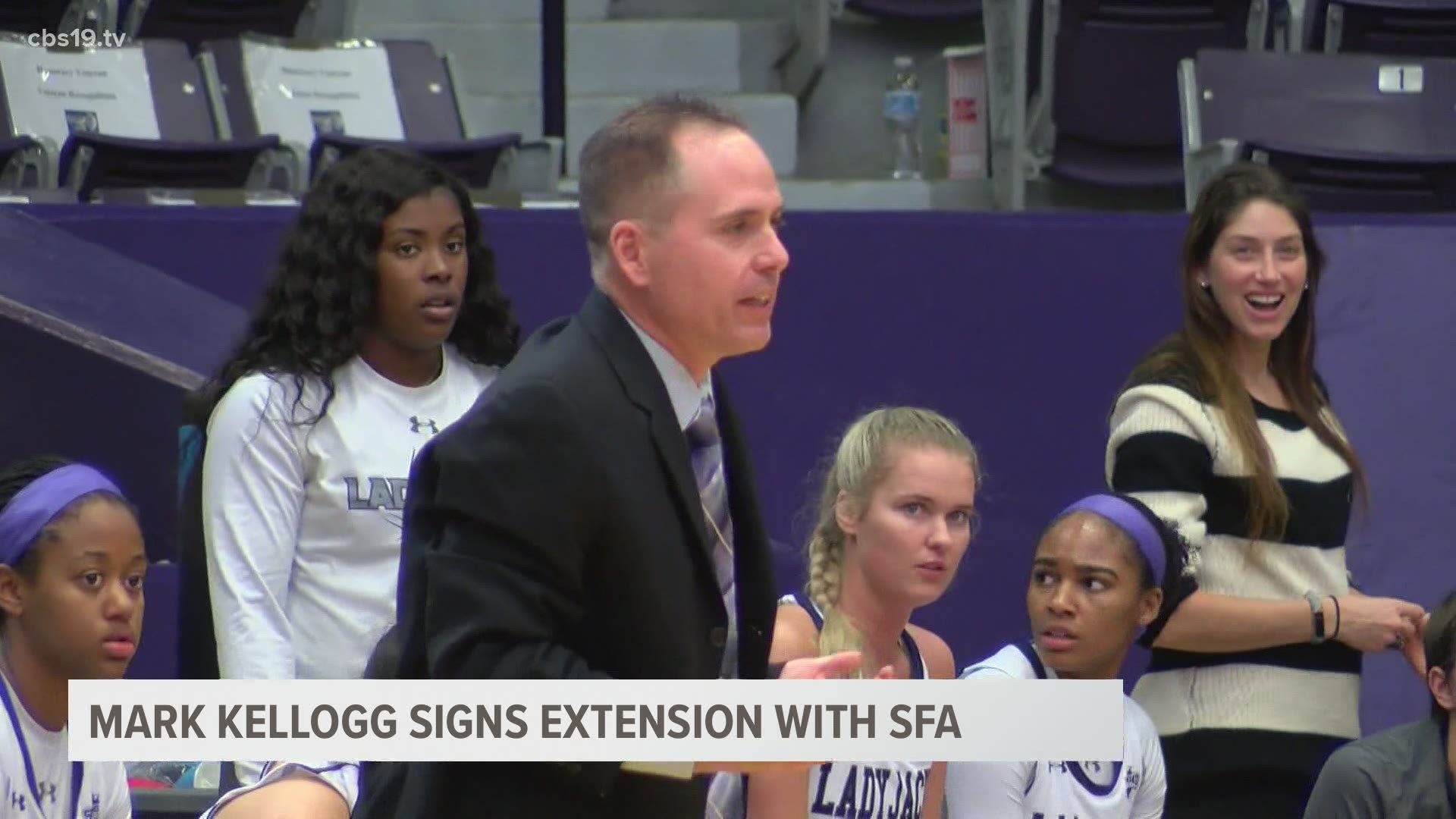 NACOGDOCHES, Texas — Stephen F. Austin State University is a mid-major basketball powerhouse, no doubt about it. Both the men's and women's teams are consistently two of the best mid-major programs in the country and that's thanks in large part to two word; continuity and consistency.

When it comes to the Ladyjacks, that continuity is on full display, and Monday afternoon SFA Director of Athletics Ryan Ivey announced on Monday a contract extension between SFA and women's head basketball coach Mark Kellogg.

With the new extension, Kellogg will remain in Nacogdoches until at least the 2025-26 season.  Kellogg helped guide SFA to a 24-3 season which saw the Ladyjacks sweep the Southland Conference championships and advanced to the NCAA Tournament. Kellogg and his team captured SFA's first regular season title since the 2014-15 season, and its first Southland Tournament Title and NCAA tournament appearance since 2006.

"We are excited to be able to offer this well-deserved and merited contract extension to Coach Kellogg", said Ivey. "Coming off a remarkable season that was filled with adversity and challenges, our priority was to be able to protect and continue to move our program forward. As we transition into the WAC, securing Coach Kellogg and being able to continue the momentum of our Ladyjack basketball program is critical to our long term success. The future is bright for our program and we are excited that Coach Kellogg will remain with us."