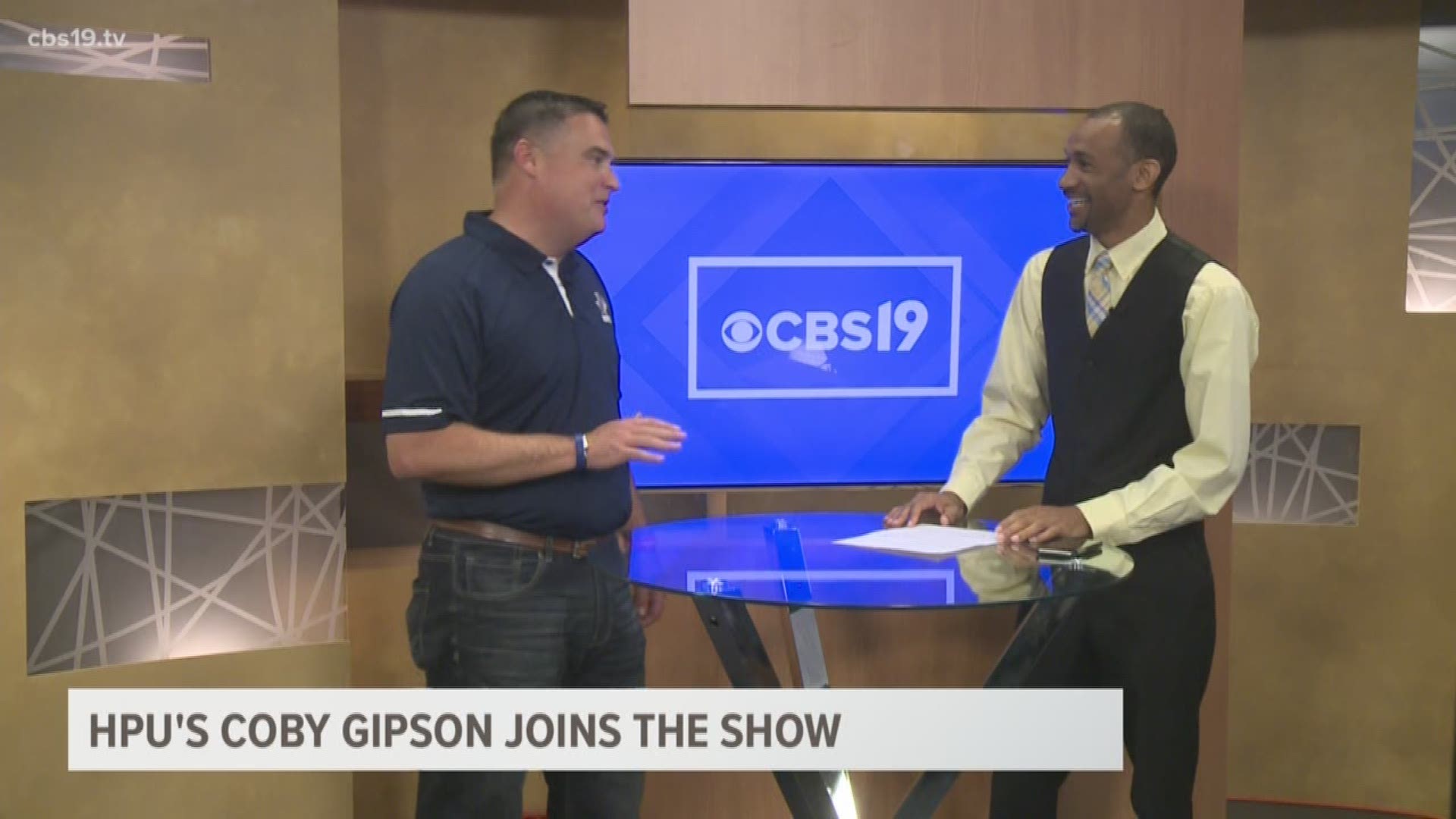 Howard Payne University offensive coordinator Coby Gipson definitely knows how to ignite an offense. Prior to taking his talents to Brownwood, Gipson led the TK Gorman High School football team to unprecedented success, while assembling one of the top offensive attacks in the nation. On Sunday evening, Coach Gipson joined us as a special guest for our newscast.

Gipson talked about the importance of leading his players in the classroom, as well as on the field. He emphasized that he looks for players who exemplify great character in all aspects of their lives. He also praised East Texas coaches for doing a great job of building these young men up.

Coach Gipson loves to recruit talent (athletes and coaches) from the East Texas area. His current receivers coach, Luke Wagner, is a former Tyler Lee QB. He also has three John Tyler football players, and a couple of Longview players that will be playing for him come this fall.

Gipson and company will be hosting a camp this Tuesday July 17 at Lindale High School at 4pm. All campers will receive FREE coupons to Andy's. You can register online at www.hputx.edu/footballcamp or walk-ups are fine too.

Quite possibly the best part of the interview was when Coach Gipson disclosed what song he knows all the words to. If you're a fan of early 90's hip hop/rap, you'll love his answer!