Both teams took two different paths, but they both find themselves with an opportunity to play in the national tournament. 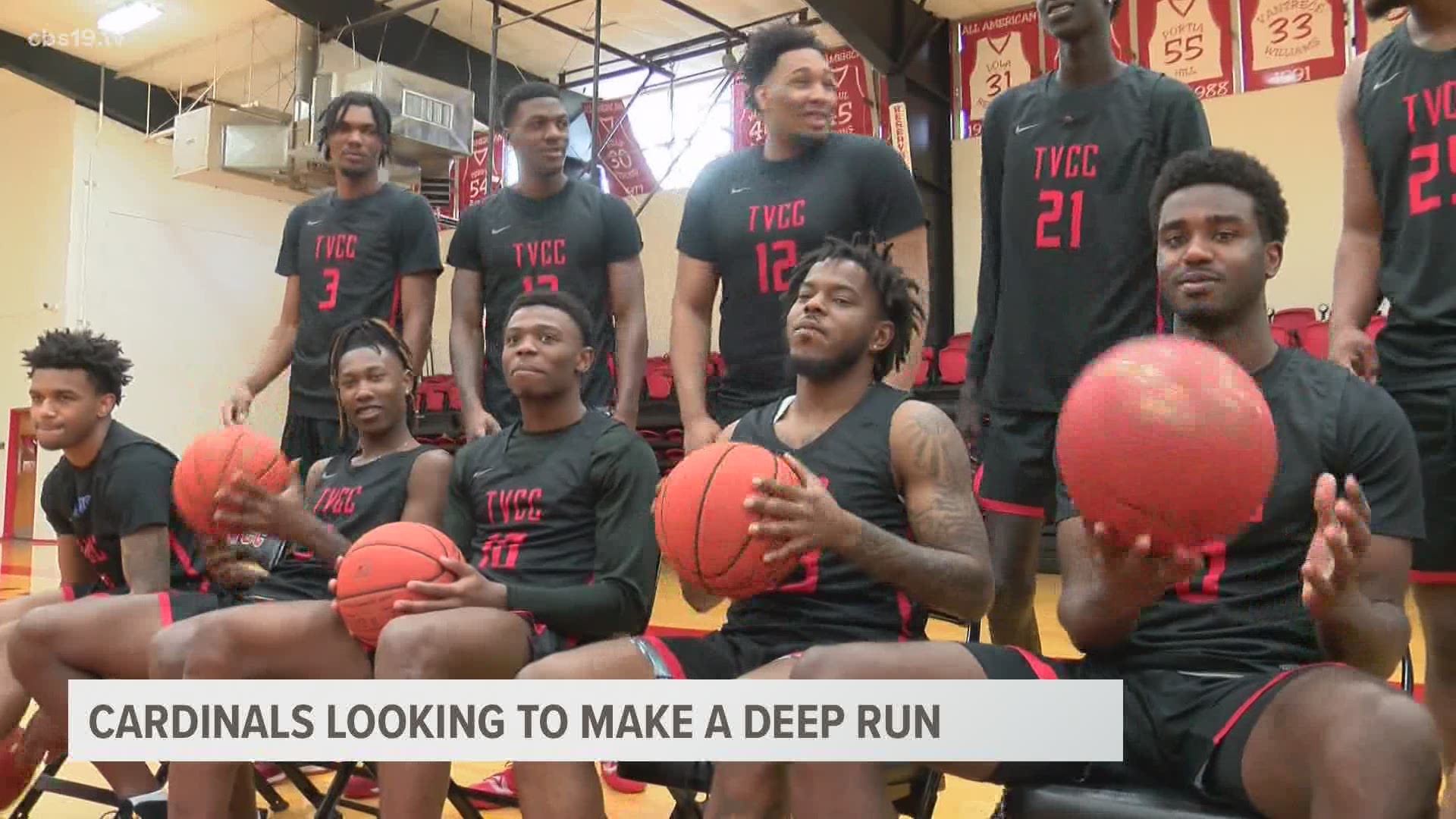 ATHENS, Texas — When it comes to Junior College sports in East Texas, Trinity Valley sits among the top athletic programs, and the proof is in the pudding. Rather if it be football, cheerleading, and yes, of course, basketball.

Both the men's and women's programs over at TVCC are continually among the top of the Region XIV standings, and the winning culture of the Cardinals is evident the moment you step in the gymnasium. All you have to do is look up at all the championship banners to know that the legacy of Cardinal hoops looms large in Athens.

Both the men and the women will head to Lubbock this weekend for the NJCAA National Tournaments, and both teams have designs on making a deep run.

The men will play Monday, April 19th against Brunswick Community College in a game that will tip off at 12:00pm, while the women will play the next day, Tuesday the 20th. Their opponent has yet to be announced.

Stick with CBS19 Sports all next week, both on-air and online for complete coverage of the NJCAA tournaments.