It was too much TVCC Friday afternoon as the Cardinals improved to 2-0 after a 42-10 victory over TJC. 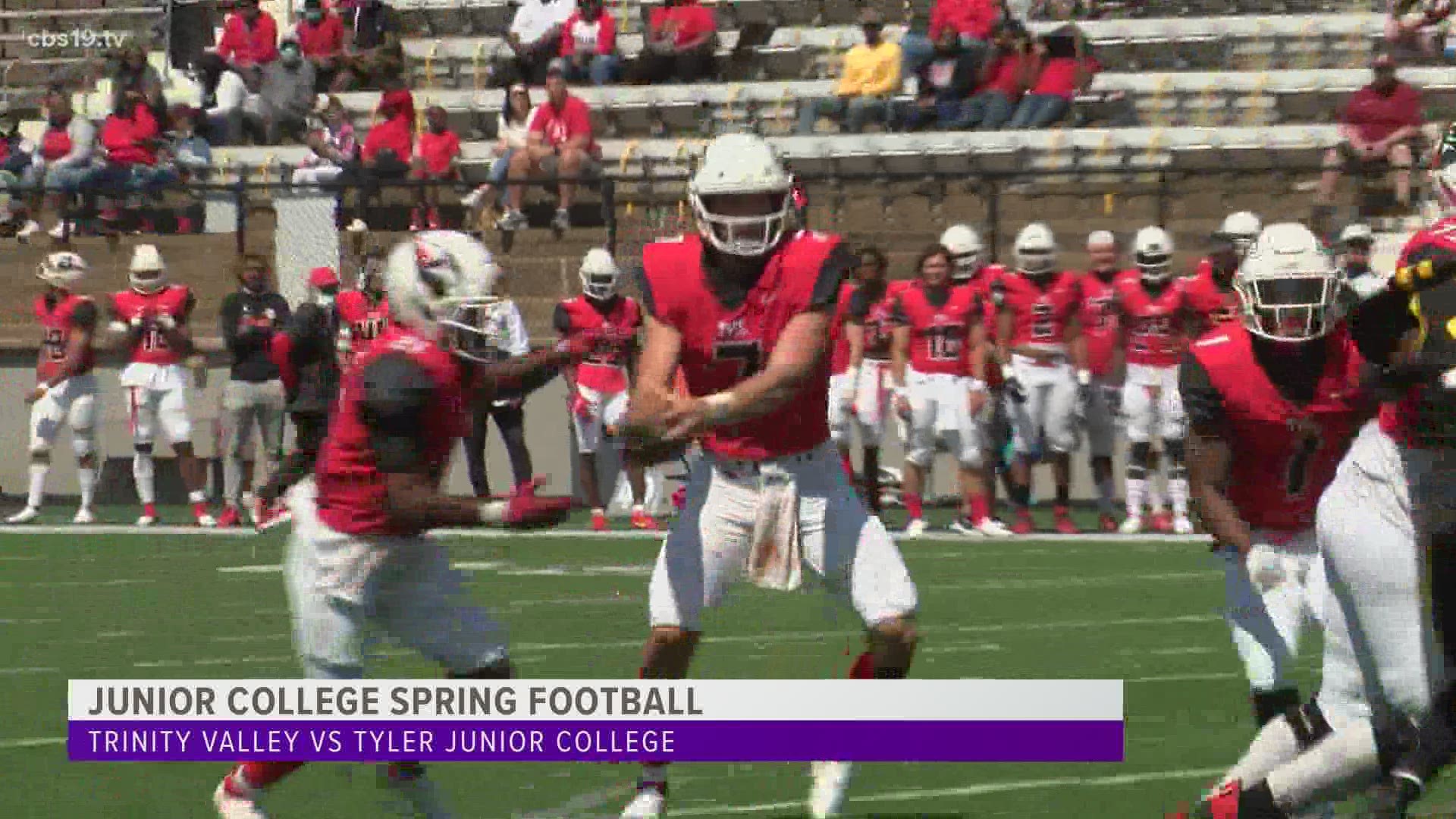 After a first-quarter that finished scoreless, it was the visitors from Athens, the Trinity Valley Community College Cardinals who opened up the scoring.

The first half was dominated by the TVCC defensive line who gave TJC running back, Roderick Hawkins, little room to run all afternoon long.

In the end, TVCC made themselves right at home in a blowout win of 42-10 over TJC.

Up next the Cardinals will host RPA College Thursday night at Bruce Field in Athens.