"Can people in wheelchairs compete in Ironman?" 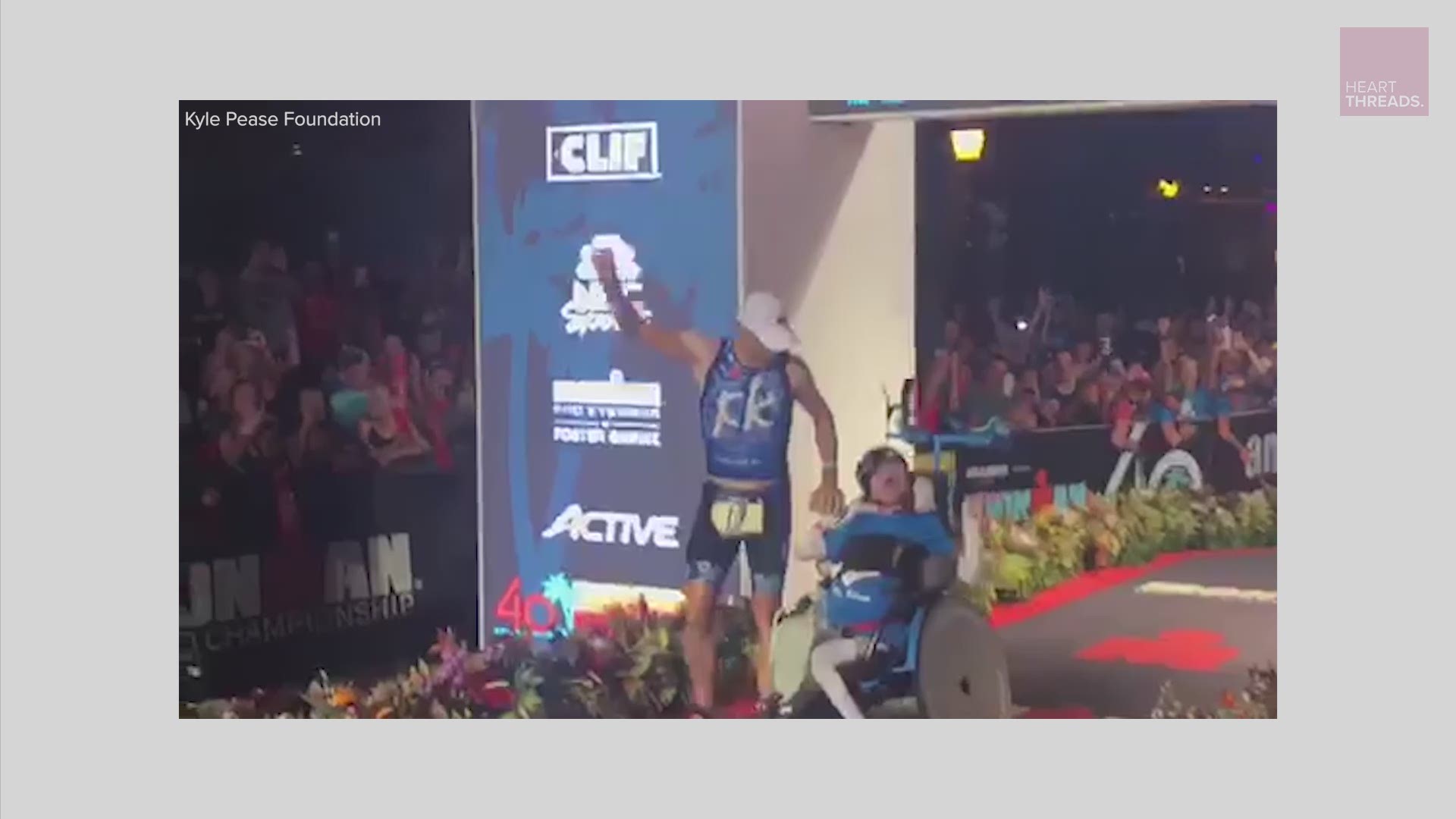 ATLANTA — For brothers Kyle and Brent Pease, the finish line was just the beginning.

Inspired to get into better shape, Brent began competing in endurance sports in the 2000s. In 2010, his family traveled to Louisville, Kentucky to cheer Brent on in his first Ironman competition.

Little did they know the 2.4-mile swim, 112-mile bicycle ride and full 26.22-mile run would be a drop in the bucket of his endurance racing career.

The conditions were brutal. With temperatures in the upper 90s and 90-percent humidity, it was nearly unbearable standing outside, let alone racing. Some competitors crawled across the finish line.

“What resonated with me was everyone was doing their best to get to the finish line, however that looked like to them,” Kyle said, Brent's brother and cheerleader for the event.

Seeing the diverse ways people were finishing the race was motivating for Kyle, causing him to ask the question, "Can people in wheelchairs compete in Ironman?"

Kyle was born with spastic quadriplegic cerebral palsy. The condition requires him to use a wheelchair and rely on others for things like using the restroom, eating and driving.

Throughout their childhood, their parents set the example that Kyle would be included in all activities. With three brothers, many of those activities included sports and athletics. Whether it was making Kyle the umpire during baseball, creating a new way to play football or carrying him around the bases, Kyle was always part of their competition.

So to the brothers, racing was another way to enjoy athletics together, thanks to their and inclusive childhood.

RELATED: On his deathbed, teen creates foundation to help find a cure for the cancer that took his life

After Brent’s first Ironman, he and Kyle began training and working together to compete in endurance racing. The balance between both brothers’ mental and physical strength made them the ideal team.

Brent swims with Kyle in a kayak, rides with him on a tandem bike and runs with him in a push-chair.

“[Kyle’s] abilities and disabilities have allowed him to have this mental fortitude that you can’t teach people. So, when we go through these [endurance races], Kyle at some point will kick in and take over and like any good jockey he knows when to swing the whip hard and pull on the reigns,” Brent said.

The brothers completed their first Ironman in 2011. While they crossed the finish line, both realized almost immediately it was a starting point.

Kyle wanted others with disabilities to be able to also be empowered through endurance racing. He and Brent worked together to start the Kyle Pease Foundation. The non-profit works to improve the lives of disabled individuals through sports, particularly endurance sports.

After creating the foundation, they decided to market the non-profit by racing in major events each month. Their plan worked.

Since launching the foundation, Kyle and Brent have raced over 3,000 miles together and helped over 130 individuals with disabilities join them.

“It’s an opportunity every day to wake up and realize what you can instead of what you can’t,” Kyle said.

For more information on the Kyle Pease Foundation, visit their website here.