Larry Keyser was supposed to play only a small role during Apollo 11's mission to the moon. Little did he know, the historic moonwalk would fall on his shift. 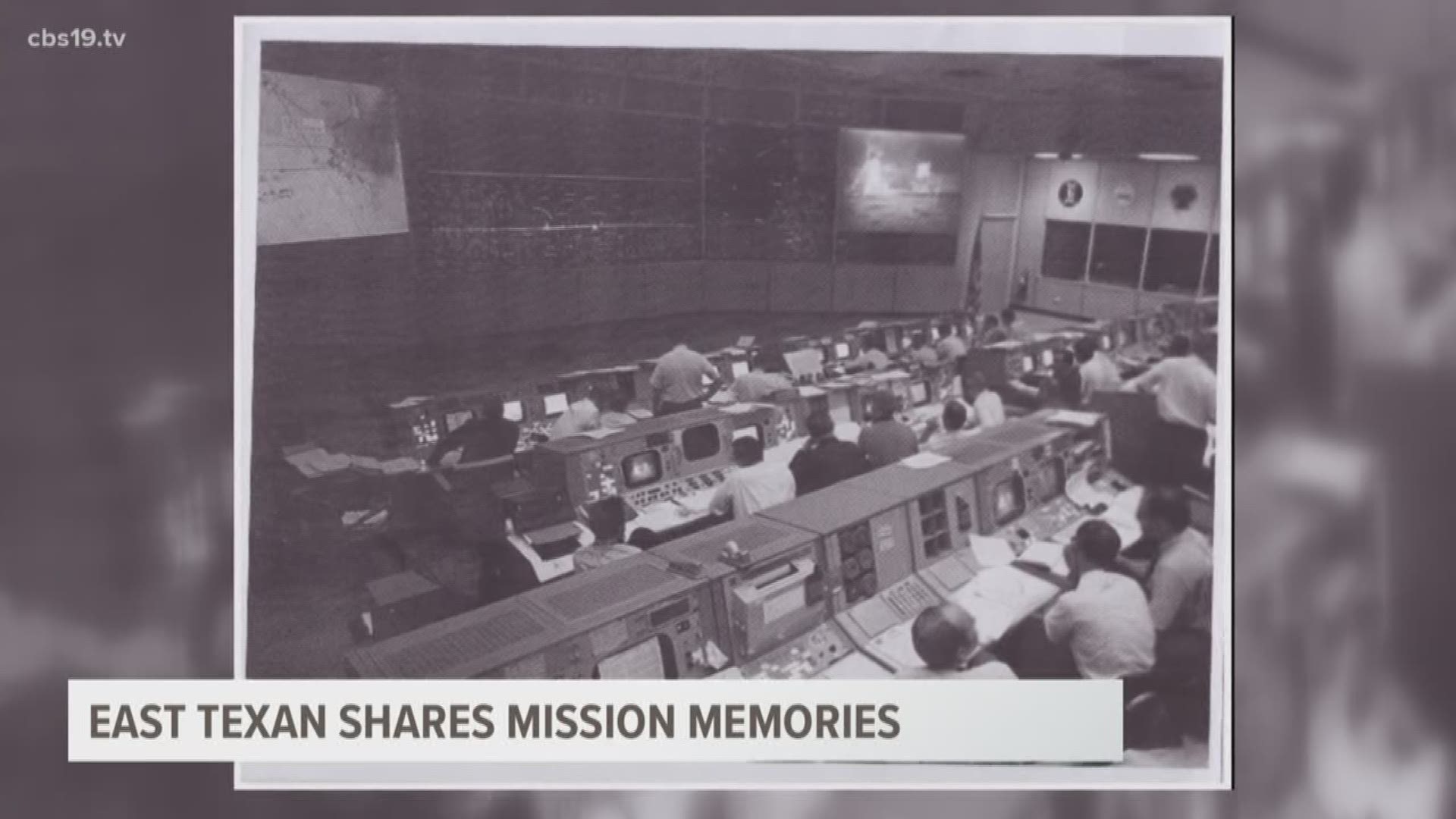 RUSK, Texas — Fifty years ago Saturday, 32-year-old Larry Keyser was working what was called the "sleep shift" during Apollo 11 as the assistant flight controller.

The flight's lunar module, Eagle, landed on the surface of the moon just hours before. Neil Armstrong and Edwin "Buzz Aldrin" both remained inside the lunar module waiting for the order for the extra-vehicular activity (EVA), the highly anticipated walk on the moon.

However, Armstrong, the flight's commander, made an announcement that shocked Keyser and the rest of Mission Control: Armstrong would walk on the moon earlier than anticipated.

“Our team was supposed to have the sleep shift and got the moon walk," Keyser remembered. "So, I was on shift during the moon walk.”

Keyser could barely imagine the moment he was about to experience when his career began at NASA.

Keyser joined NASA shortly after he finished college during the Mercury Program that helped put Americans into orbit for the first time.

“Here was the NASA sheet, and so I signed up. When they NASA guy came through, he interviewed me," Keyser said. "Two weeks before I went to work for NASA, I sat in my car and listened to Gordon Cooper splash down on Mercury 9 and the telegram [came] from NASA offer[ing] me a job.

Keyser became one of a special group of NASA employees who started during the Mercury program in the early 1960's and worked through the end of Apollo in the mid-1970's.

By Apollo 11, he was the assistant flight controller in Mission Control. While the astronauts became American heroes for their bravery and pioneering spirit, it was the men and women in Mission Control that made landing possible.

During the Apollo program, Mission Control, located at what is now called the Johnson Space Center in Houston, was room full of some of the brightest and boldest minds in the world. It became a sort of fraternity, which Keyser remembers clearly a half-century later.

“A couple of years ago, I was down there, and I took this picture at my console. This name plate isn’t there now, because it wasn’t there then," Keyser said, pointing to a picture of himself.

Keyser will return to Houston for the 50th anniversary of his most famous mission. He will revisit the console he sat in front of on July 20, 1969 as the world watched as two American astronauts prepared to walk on the moon. Before the astronauts could walk, however, they had to land.

As the Eagle descended towards the moon's surface, the fuel ensuring a safe landing was quickly running out. Those inside Mission Control held their breath as they helped guide Armstrong and Aldrin down.

“[Armstrong] knew then that he was five feet off the ground," Keyser remembered. "And the way it was designed, that if they ran out of gas at that time, they could drop five feet and still survive. So, they knew at that time that they were going to land.”

The Eagle landed on the moon's surface with just 47 seconds of fuel remaining. It was just past 3 p.m. in Houston when Armstrong uttered the first of his two great quotes from the mission:

"Houston, Tranquility Base here. The Eagle has landed."

When Armstrong proclaimed he was ready for the moon walk earlier than expected, it was surprising to Mission Control. The sleep shift, however, was well prepared for the moment.

“We rehearsed it, and we planned on it," Keyser said. "It was something that we expected. It wasn’t like it is today when I think about it."

The moment of truth came just before 10 p.m. in Houston. Every television station broadcast a feed from Mission Control showing grainy images of the ladder coming out from the Eagle. People began to crowd Mission Control to watch the historic moment on a 10-foot by 10-foot screen.

“Everybody came in to watch the moon walk," Keyser remembered. "You see pictures of Neal coming down the steps. And then he jumps, Well, when he jumps he goes down about a foot and a half or two feet and hits the landing path, but he’s not on the moon yet. And so, then he steps back for the first step.”

It was at that time Armstrong uttered one of the great quotes of the 20th Century:

"That's one small step for man - one giant leap for mankind."

“I tingle every time I see that video,” Keyser said.

Ironically, there is no still photographs of Armstrong on the moon. In fact, Armstrong was the only one of the two astronauts with a camera, which hung around his neck.

"If it’s a still picture, it’s not Neil," Keyser said. "This is Buzz, and Neil took the picture."

Despite the accomplishment of a dream, the men and women of Mission Control still had work to do.

It was not until splashdown on July 24, five days after Armstrong first walked on the moon, that the celebration could officially begin.

“The mission control team has a rule that they don’t celebrate until the feet are on the deck," Keyser explained. "The crew has to step out of the helicopter and as soon as their boots are on the deck. Then we can light the cigars.”

Keyser is now 82 and lives quietly in Rusk. He rarely talks about his experiences with NASA with others outside family. However, he says it's important for him to recognize his role in history.

He says he hopes the world will always keep the memory of Apollo 11 alive.

"You just have to keep history going with the truth.”

The forgotten and loneliest hero behind Apollo 11's success

Are we going back to the moon? NASA planning permanent moon settlement for future exploration

Remembering Apollo 10: The dress rehearsal that paved the way for mankind's 'giant leap'

Apollo 11 at 50: Celebrating first steps on another world