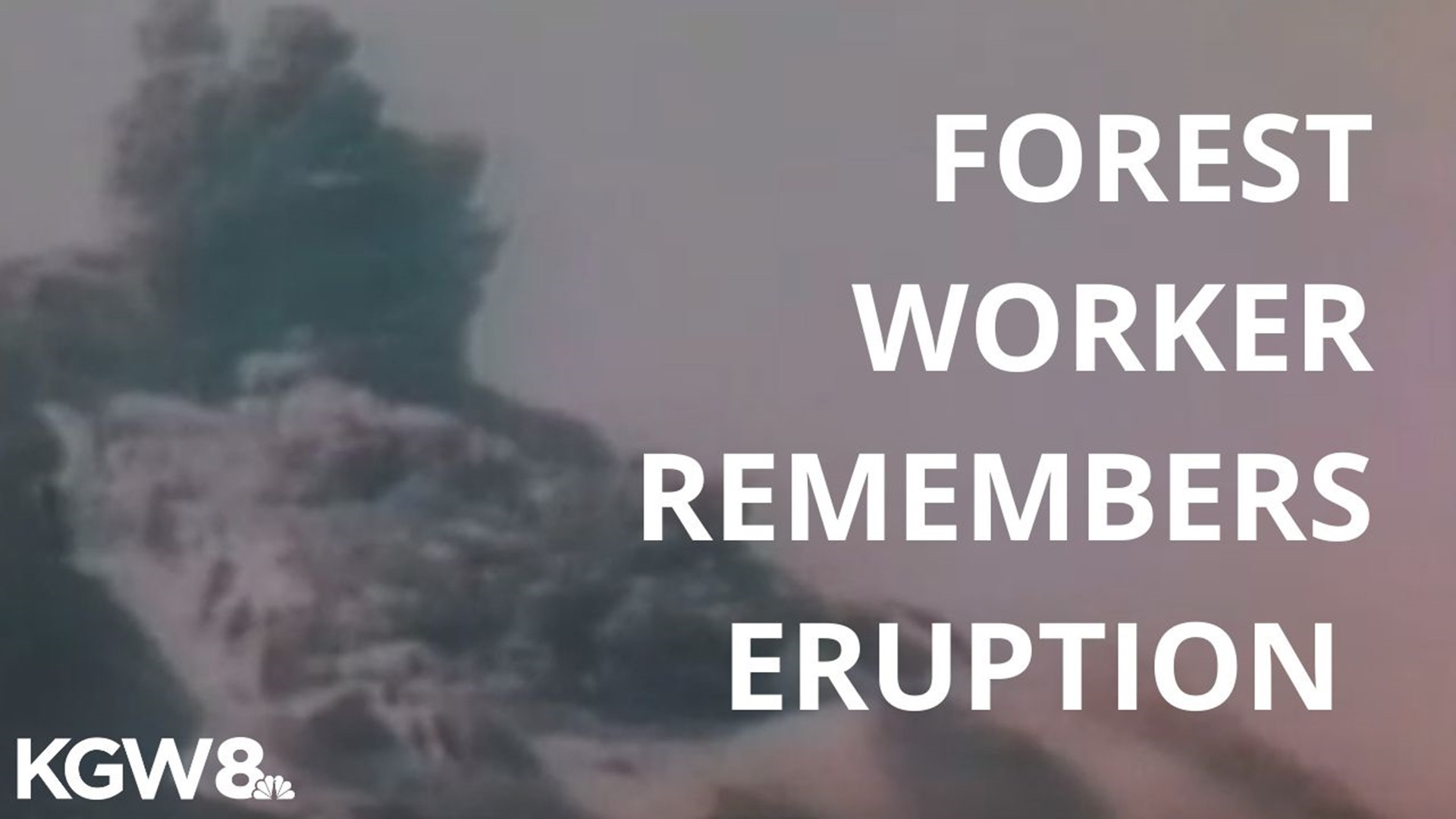 SKAMANIA COUNTY, Wash. — Many people have eyewitness accounts of what they saw before Mount St. Helens erupted 40 years ago.

A former U.S. Forest Service worker told us his story, and how he was monitoring the mountains weeks before the eruption.

Roland Emetaz was one of the first to watch the mountain to slowly come back to life four decades ago. He spent years with the forest service.

In 1980, he was the winter recreation specialist and monitored avalanches.

Now at 87 years old, he told us over the phone that he started noticing the mountain rumbling around mid-March of 1980. He said, soon avalanches were happening around the mountain in areas they had never seen them before.

“This was unusual, I’d never seen an avalanche on the south side of Mount St. Helens, so I got a little more concerned,” said Emetaz. Just about a week later around March 27, an ash plume started to rise above the mountain.

Emetaz says at about that time, geologists became concerned about more avalanches and what could happen on the north side, where people spent time fishing and camping near Spirit Lake. He said a lot of scientists were expecting the eruption would happen vertically.

That is not what happened.

The lateral eruption took out anything and everything in its path.

About 230 square miles were devastated. That roughly translates to about 148 football fields. The pure magnitude of the blast forever changed the landscape of the Pacific Northwest.

The blast of heat in some locations were as hot as 500 degrees, according to Emetaz.

We came across breathtaking views with every single step. Walking through boulder fields you forget that just four decades ago, the same areas were covered in ash and debris.

The mountain may have taken years to recover but now the trails bring thousands of hikers out to the mountain, with hopes of reaching the peak.

It’s that thrilling view that Emetaz says brought him and his family out here, so many years ago.

1 / 14
ASSOCIATED PRESS
Mount St. Helens in Washington spews smoke, soot and ash into the sky in April, 1980. The eruption is the first for the volcano since 1857. (AP Photo/Jack Smith)

Find more raw footage of Mount St. Helens before and after the eruption on our YouTube channel.