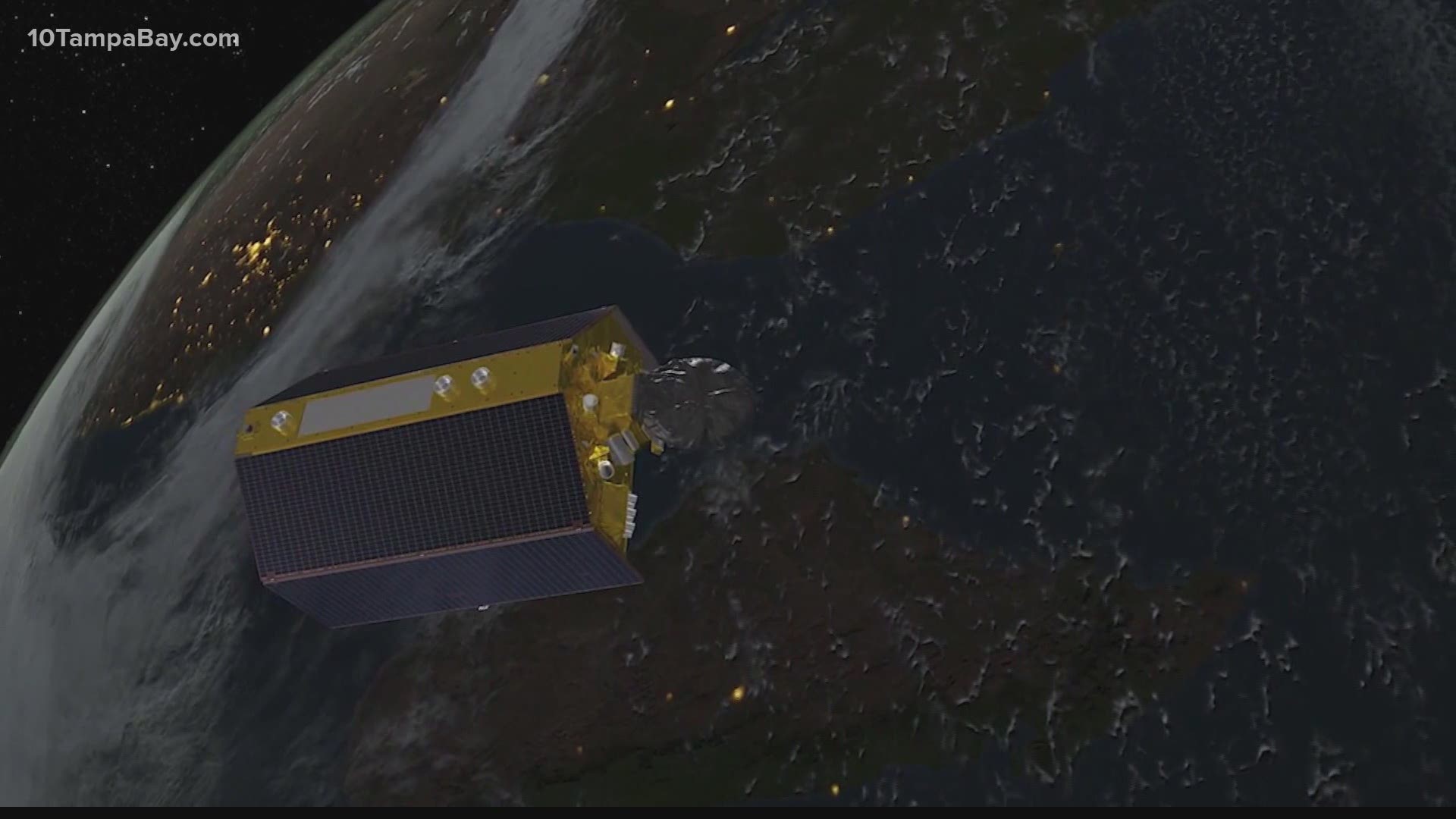 The previous story is below.

The first of two identical satellites that will spend at least the next decade making sea-level observations will head into Earth orbit Saturday from Vandenberg Air Force Base.

NASA is targeting 12:17 p.m. Saturday, Nov. 21, for the California launch of the Sentinel-6 Michael Freilich atop SpaceX's Falcon 9 rocket.

SpaceX reports the launches static fire test is complete and Falcon 9 and the satellite have been rolled out for the launch.

Both satellites will push the recording of sea levels from space into its fourth decade and will be tasked with "accurate measurements of sea surface height for more than 90% of the world’s oceans, and providing crucial information for operational oceanography, marine meteorology, and climate studies."

Sentinel-6 Michael Freilich's twin, Sentinel-6B, is set to launch in 2025.

You can watch the satellite "set sail" for space on NASA TV or by tuning into 10 Tampa Bay where we will be streaming the launch live on Facebook, Twitter and YouTube.