Authorities closed Highway 84 for a period of time while they worked to clear the scene. It has since reopened to all traffic. 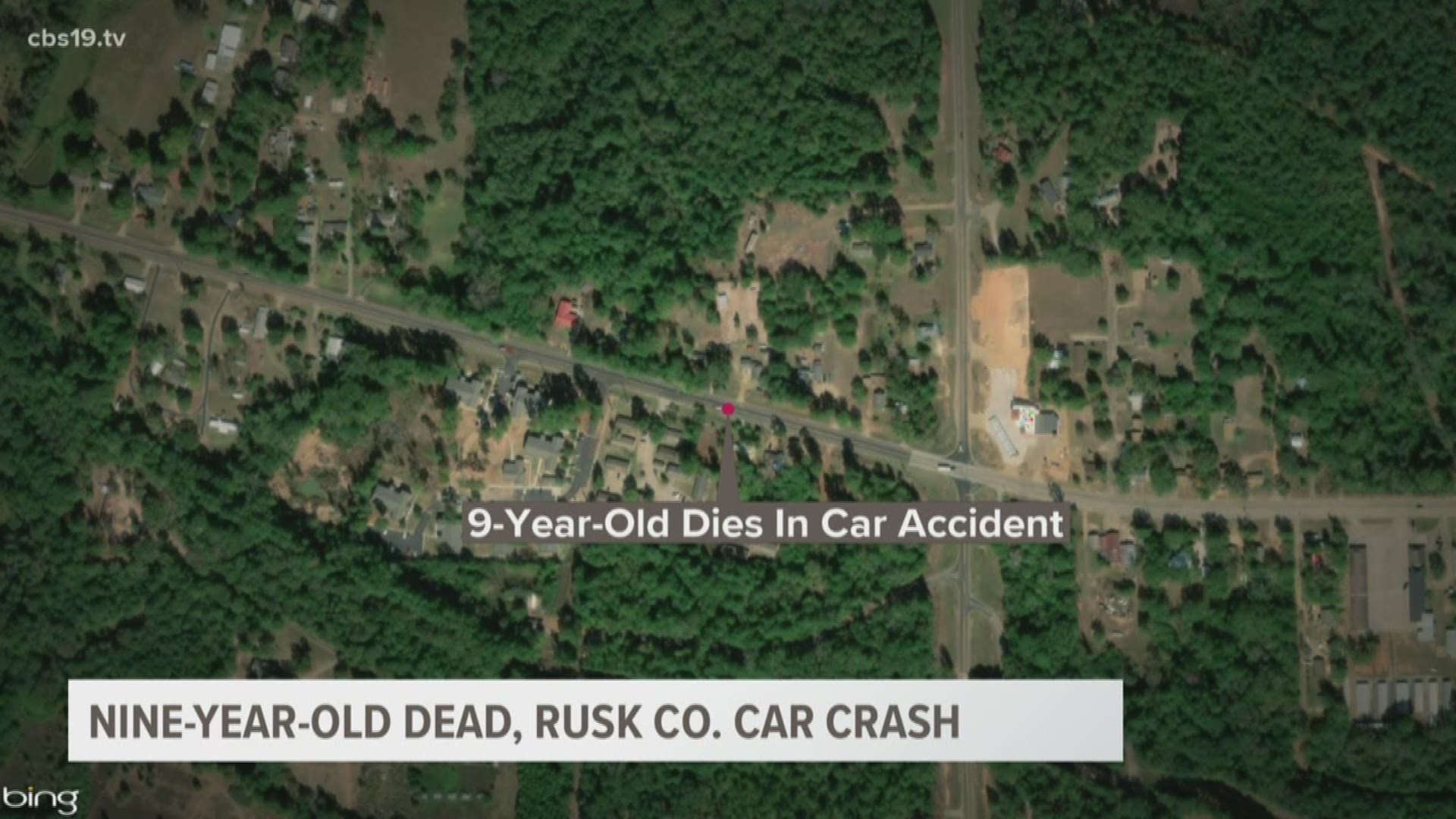 MOUNT ENTERPRISE, Texas — A 9-year-old girl died in a single-vehicle crash Friday afternoon on US 84 near Mt. Enterprise.

According to DPS, Lisa Christine Brian, 31, was driving west on US 84 in a 1998 Chevrolet Blazer. There were four juvenile passengers.

Brian attempted to pass a slower vehicle when one of the tires blew, causing Brian to lose control of the vehicle. The Blazer eventually rolled down a steep embankment of the road.

The crash remains under investigation,