"There's nothing you can do to protect a person from being around one of these trucks." 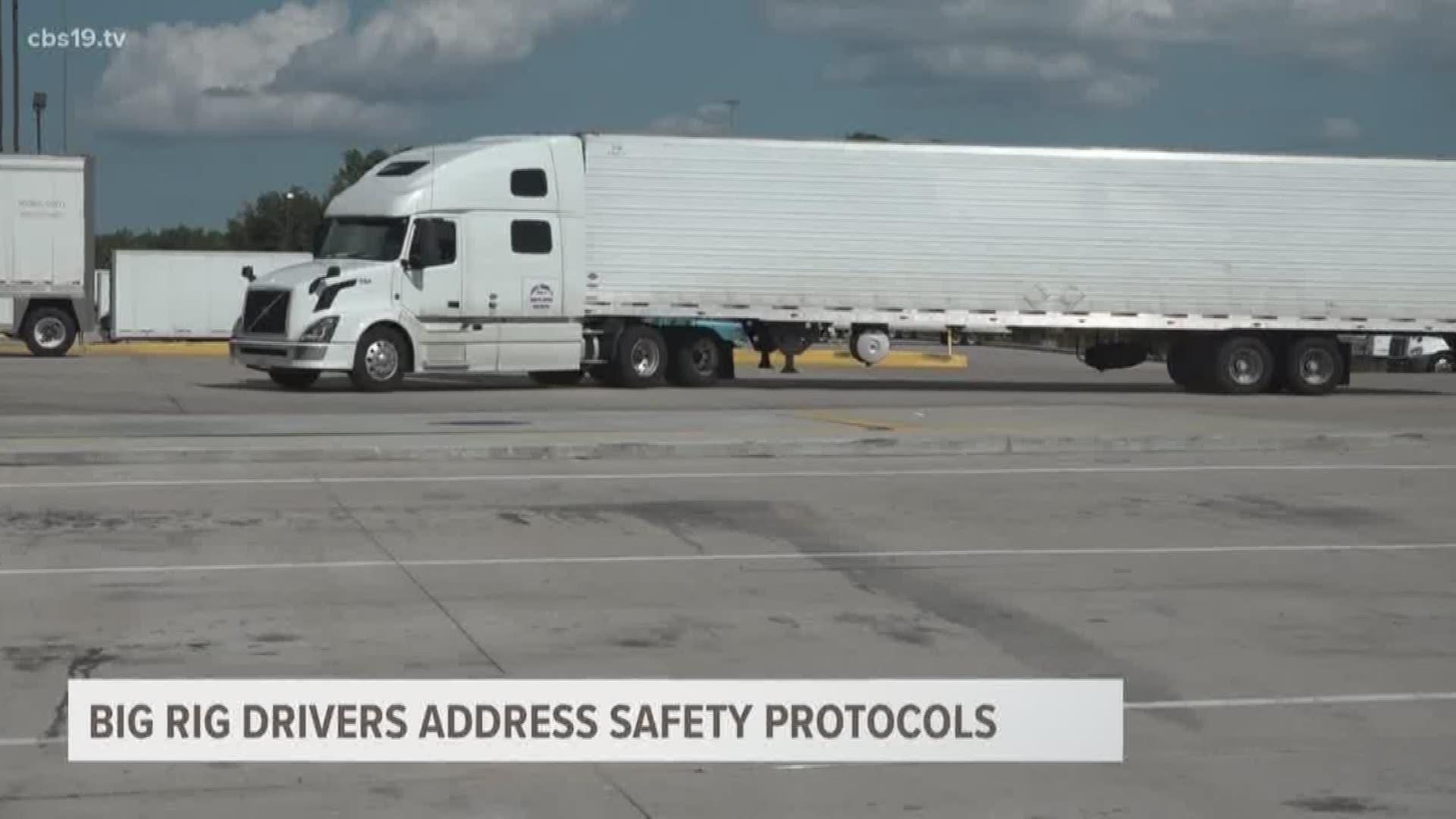 TYLER, Texas — Driving on major highways like Interstate 20, it is hard not to be sometimes intimidated by big 18-wheeler trucks carrying goods to all parts of the country.

According to the National Highway Safety Traffic Administration, 4,761 people were killed in crashes that involved large trucks.

Susan Wolfe currently drives an 18-wheeler throughout the United States. She says she has been behind the wheel for 25 years. Experience has taught her that it is inevitable for a truck driver to be in a situation where a major accident is possible.

"There's nothing you can do to protect a person from being around one of these trucks," Wolfe said.

Every morning and every stop she makes along her trip, she ensures her truck is abiding by industry safety codes. She says she checks things like her TriPac, a air conditioner unit that kicks on when the truck is off. She also checks how low her hoses are hanging, tire pressure and lights.

"If you don't get up and do the check like you're supposed to, then you never know what's going to happen," Wolfe explained.

One safety feature she does not have on her vehicle is a guard rail. The rails have various uses.

One of those uses prevents drivers from getting trapped underneath trailers. It can also protect truckers as well.

"The purpose of the guard is to prevent wind from going under these trailers," one truck driver told CBS19. "I've seen accidents and trucks without the guards, driving normal speeds, 55, 60 miles an hour, and just a big wind gusts come up and getting the trailer, especially empty, and just push a trailer right over."

The driver says he has been behind the wheel for more than 20 years as well and has seen more accidents from drivers not sharing the road than anything else.

"It's just too many people out there being in a hurry and not knowing how to drive their cars around semi trucks," he explained.

In addition to driving respectably, he is looking forward to seeing how truck companies can improve safety.

"They're adding more cameras and stuff to blind spots so that you can be able to see all the way around the whole trailer and the truck better," he said.

Until there is improvement on the roads with less accidents, the trucker says he hopes all drivers are cautious around trucks.

"Just gotta to make sure everybody's alert and aware and stay safe out there."