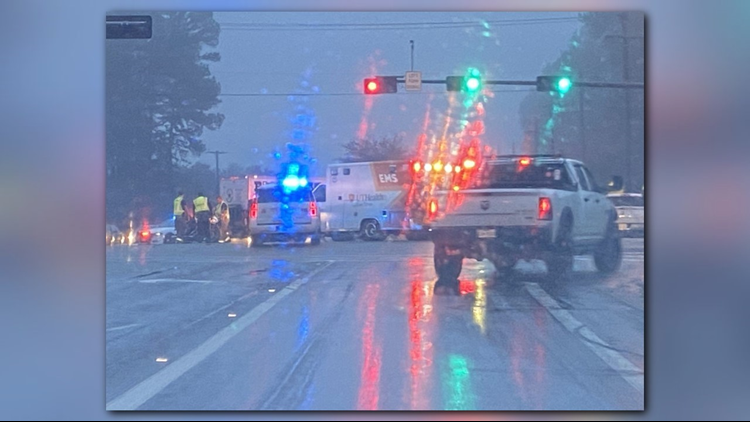 TYLER, Texas — Tyler police responded to a major crash involving a vehicle and a motorcycle at the intersection of Old Omen Road and University Boulevard, near the University of Texas at Tyler.

According to the Tyler Police Department Active Call List, the crash was reported just before 7:20 a.m.

Injuries have been reported, however, their conditions remain unclear, according to Tyler Police Public Information Officer Don Martin.

All lanes are backed up and officers are directing traffic.