The giving spirit of East Texans shines through the darkest of times which made a tremendous impact at the East Texas Food Bank, feeding record numbers of people. 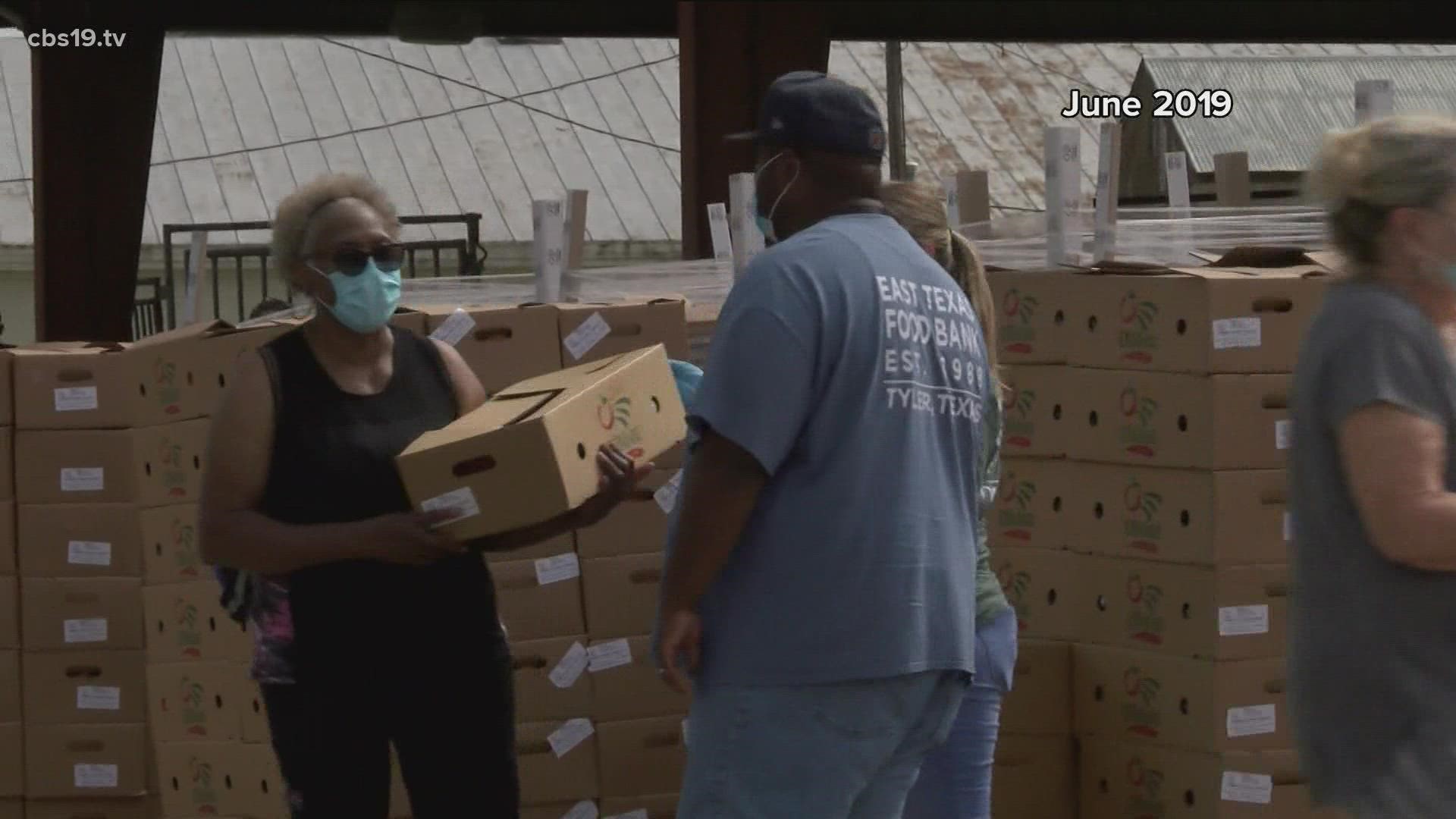 TYLER, Texas — East Texans willingness to give is making a tremendous impact at the East Texas Food Bank as the pandemic continues to cause financial struggles. People have turned to the food bank in record numbers to feed their families.

This Thanksgiving week for Totally East Texas, we're highlighting the volunteers who helped hand out thousands of meals at its produce distributions.

"We went from doing a very smallish cordial handout at the fairgrounds to doing massive distributions at the fairgrounds. I think the first week there were 1,500 or 1,800 cars come through," said volunteer Mike Means.

Mike Means is one of the many East Texas Food Bank volunteers who came together with others to give over 24,000 volunteer hours last year collectively.

"You could sense the fear and the desperation they were feeling," Means said. "And your heart just broke for them because you're thinking, you know, these people are doing something they never thought they would do in a million years."

He volunteers at the produce distributions. "When it's go time, we'll start working the cars through and we know how many families they're picking up for," explained Means. "We'll load the boxes in the car and say 'God bless you!'"

The food bank put together those drive-through events when the pandemic hit to feed East Texans, many of whom, were turning to the food bank for the first time.

"And they're waiting in line three, four hours to get a few boxes of food," said Means. "And you can see how important it was to them. So that just even more reinforced how important this organization is and what they do for the community."

Among the army of volunteers is also Chris Thompson.

His experience with the East Texas Food Bank goes back about 20 years when he brought a youth group to volunteer, but it made an impact and he came back as a regular in 2015.

"I actually retired five years ago," said Thompson. "And I'm just glad to be able to get out and pass a blessing on to the community."

The CEO of the East Texas Food Bank, Dennis Cullinane says the pandemic only accentuated the role volunteers play in putting food on the table of East Texans who may otherwise go hungry.

"Virtually every meal that we serve out of the East Texas Food Bank and through our partner agencies is touched by a volunteer," said Dennis Cullinane, CEO East Texas Food Bank. "So that's a critical critical piece to the puzzle... the link between the food in our warehouse and to getting it onto clients tables."

"So all we can say is a perfuse 'thank you' to our volunteers, and our donors for making that work possible," said Cullinane.

Both Chris and Mike are just thankful to be able to give back to their community and for what the food bank gives them.

"I'm thankful for the people that come and volunteer. It means everybody will have food on their table," said Thompson.

The East Texas Food Bank and all its volunteers are Totally East Texas.

The ETFB is always looking for volunteers. For more information, you can call 903.617.2016 or click here.  It's also working hard to protect those coming in and out of the volunteer center with masking requirements and questionnaires. 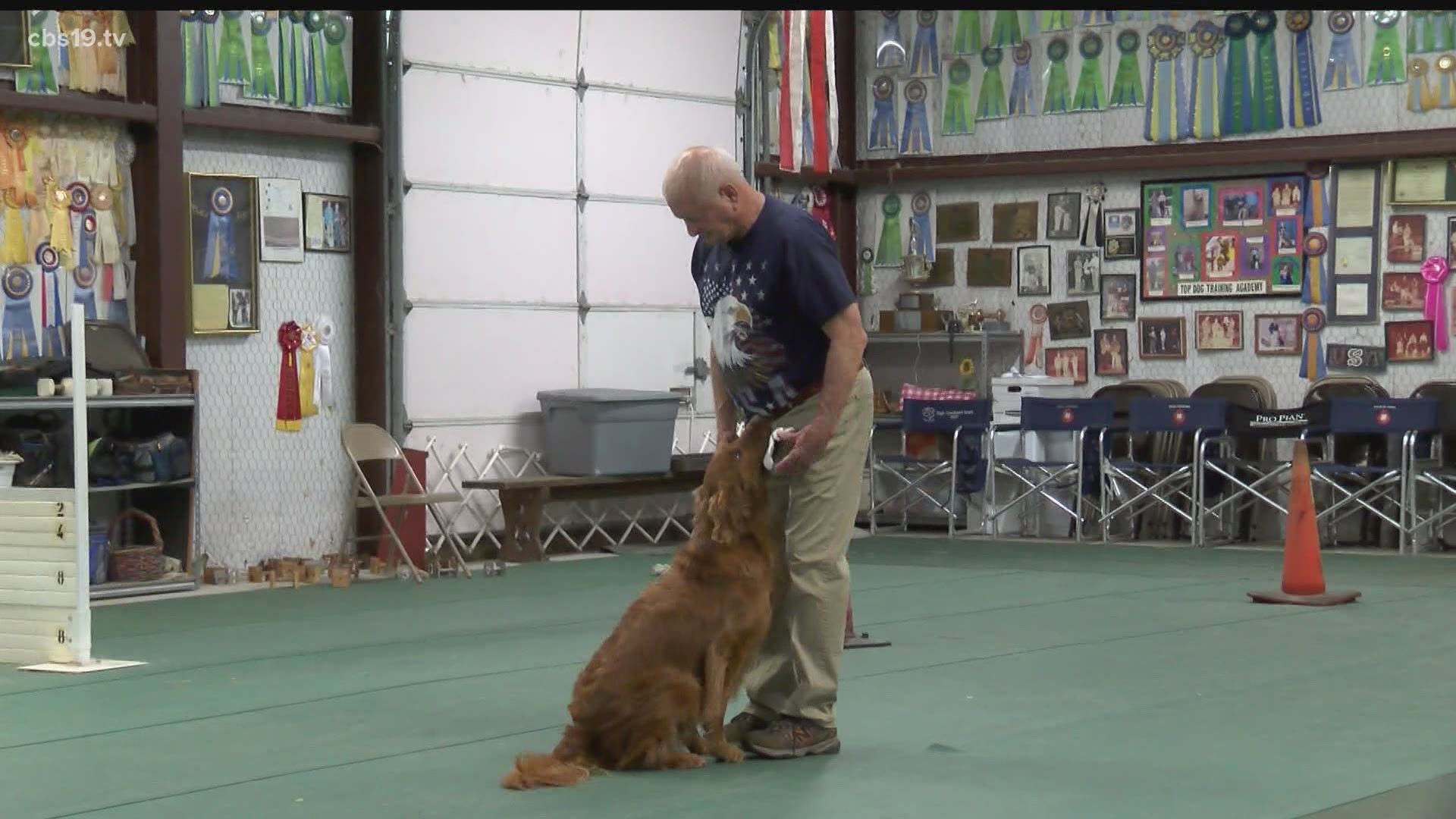