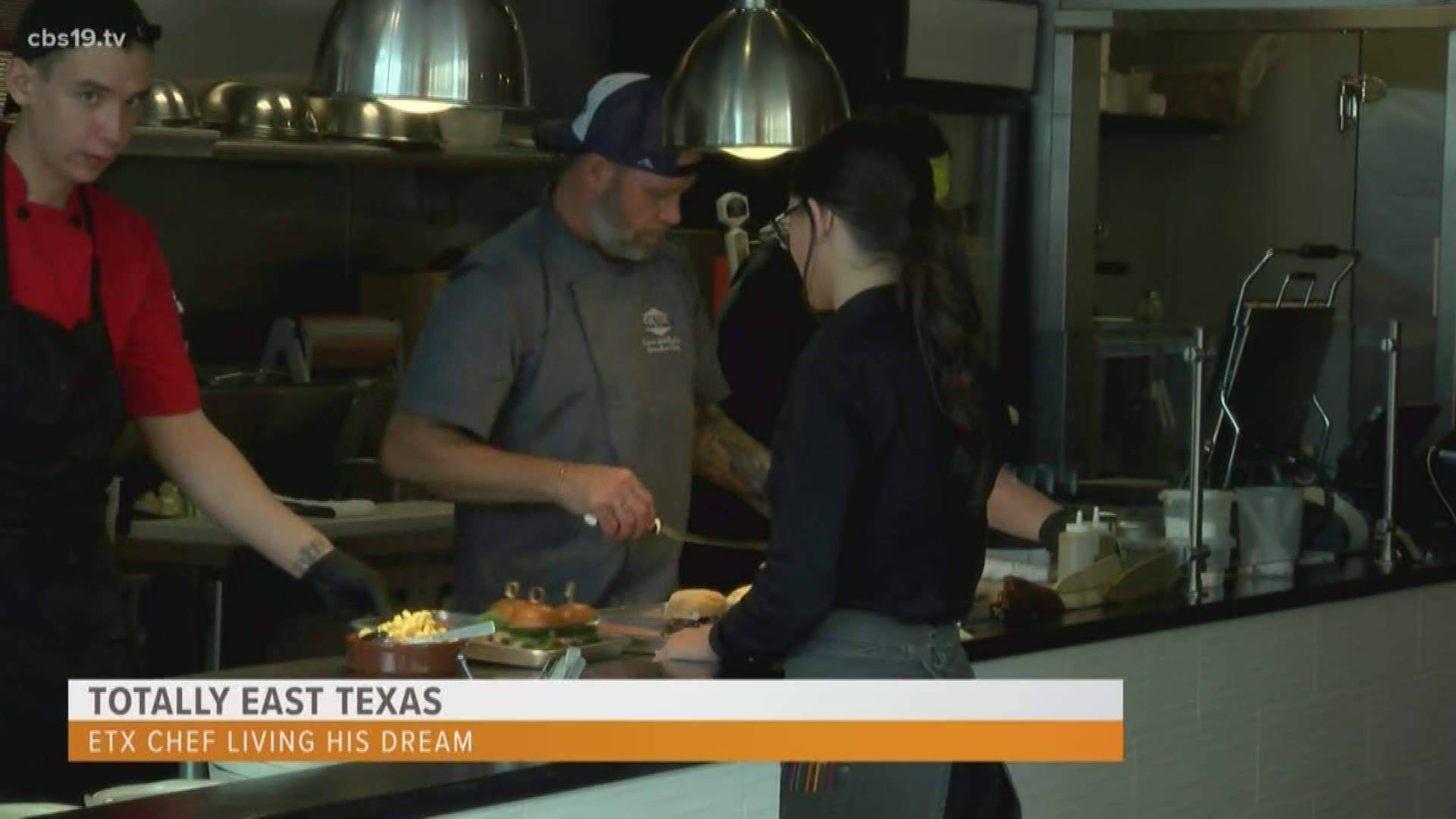 TYLER, Texas — Lance McWhorter has had quite the ride for the past six months.

Not only did McWhorter, a popular chef in East Texas, open Culture ETX in downtown Tyler, he is fresh off his debut on the Food Network followed by a cooking competition called Cochon-555.

"One thing that a lot of people don't dare to do anymore is follow their dreams," McWhorter said.

Chef Lance McWhorter did. He left a life in the military and high-threat security contracting to learn the art of cooking.

Chef McWhorter says his dream of being a chef began during his military service.

"Probably sitting in Iraq, and I grew up working in restaurants and I knew I liked it, but there was just something about it that always called to me and said, 'This is what you need to do with your life,'" McWhorter remembered. "I read a lot. I studied a lot, kind of soul searched and thought about it a lot and then went full force."

McWhorter says it was trial by fire working in some of the best kitchens in Dallas.

Then he decided to pursue a culinary education to go along with his experience.

"Now six years later, I own my own restaurant," McWhorter said. "It's crazy, but I think it's just a matter of networking and reaching out."

That tenacity is paying off, not just for East Texans to enjoy at his Culture ETX restaurant in downtown Tyler, but the entire nation got a glimpse of him on 'Chopped.'

"It's on the Food Network. It's one of the most popular TV shows in the world. It's 4 chefs, three rounds. They're all timed and they have mystery basket ingredients," McWhorter said. "Usually, they're kind of famous for having weird things in the baskets."

McWhorter was a little apprehensive at first about taking his talents to 'Chopped', but as a veteran, he felt called to do it.

"I just wanted to kind of use it as a spring board of, 'Hey, veterans, go cook. It's good for us," McWhorter explained.

He believes the similarities between cooking and serving your country are remarkably similar.

"That is one of the reasons I try to get vets into cooking because it's stressful and it's hot and it's loud and it's fast and it's crazy. People are yelling at you and things are on fire," McWhorter said. "Somebody drops a pan and makes a big boom. It's stressful and it's insane and I think that's what gave me the biggest thrill out of cooking is just the intensity of it."

He felt that same thrill competing on 'Chopped.' He made it to the final two.

Though he did not win the reality food competition, spreading his message to other veterans is his own personal victory.

"To share with them how I believe cooking totally saved my life. When I was struggling, coming home and didn't have that sense of purpose that I had when I was overseas," McWhorter said. "It was very hard for me, so hoping my experience can inspire them."

McWhorter has big plans for his kitchen in the future.

He hopes to teach veterans how to cook at Culture ETX and continue feeding East Texans who are hungry for something different.

"I don't think there's a lot of places where you can go find some traditional East Texas black-eyed peas, topped with Spanish octopus or a lot of North African or Middle Eastern flavors, Asian flavors and it's not fusion," McWhorter said. "It's more honest than fusion. It's literally an interpretation of my experiences around the world on a plate combining with how my grandma taught me to cook in East Texas."

Chef Lance McWhorter and his crew were crowned the Prince of Pork over the weekend at Cochon 555- Dallas. It is a nationwide competition highlighting farm to table use of heritage breed pigs.

They will be heading to Grand Cochon in Chicago.