Quadrantid meteor shower could sizzle or fizzle over the weekend

There is the chance for as many as 100 meteors per hour, but the moon could obscure them. 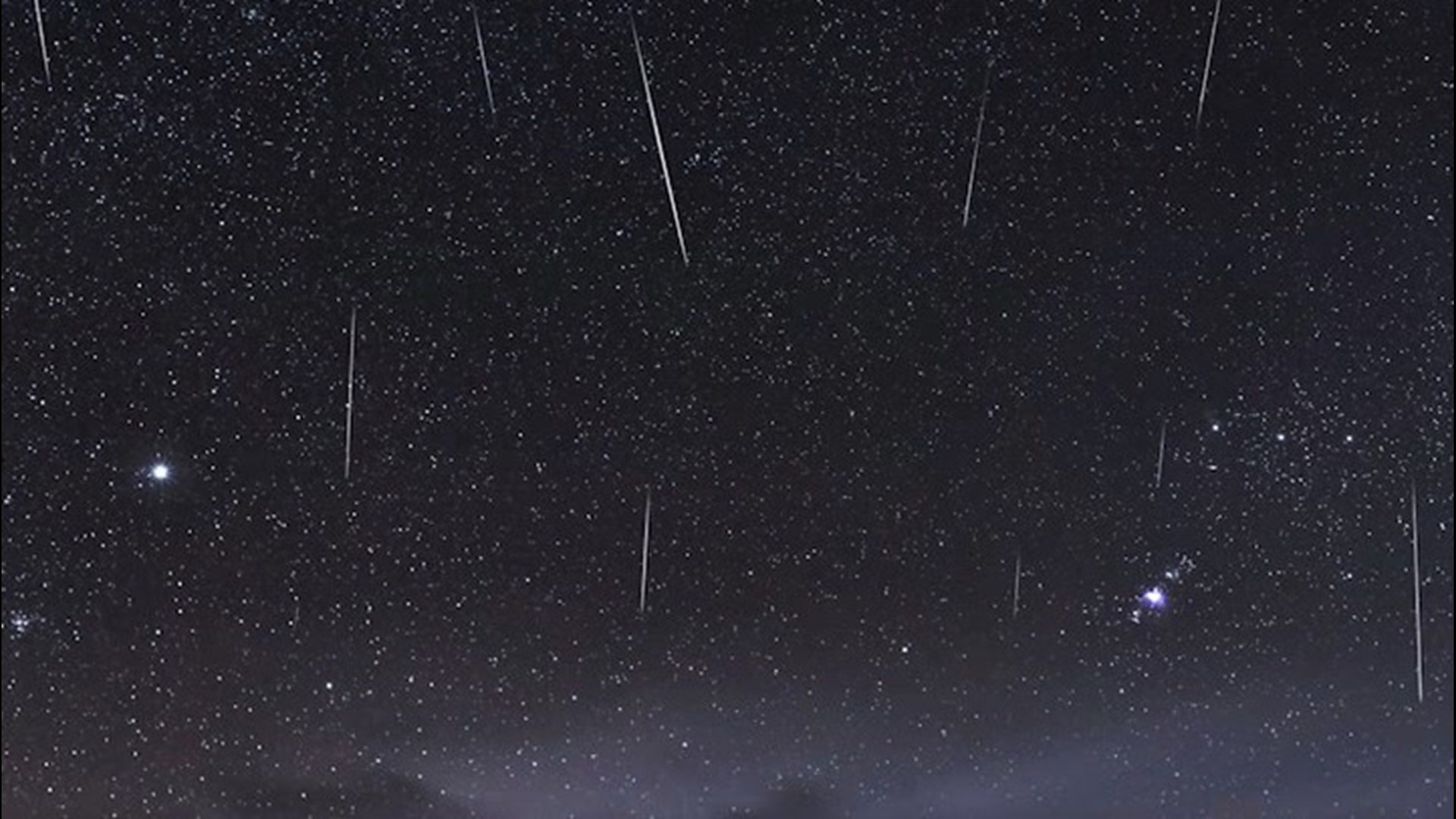 The night sky will feature its version of fireworks to kick off the 2021 as the first weekend of the new year brings the peak of the Quadrantid meteor shower.

Although winter has just begun for the Northern Hemisphere, the Quadrantids is the season's final meteor shower before there is a long spell where no major meteor showers take place.

"The Quadrantids have the potential to be the strongest shower of the year but usually fall short due to the short length of maximum activity (6 hours) and the poor weather experienced during early January," the American Meteor Society (AMS) said.

Knowing what time to look is extremely important for viewing the Quadrantids, unlike many other meteor showers that peak over several nights.

RELATED: Moons around Uranus may have subsurface oceans

RELATED: Miss the Saturn-Jupiter 'Christmas Star' conjunction? Here's what it looked like

This year, the peak of the Quadrantids is expected to occur around Sunday, Jan. 3, at around 9:30 a.m. EST, or 6:30 a.m. PST, according to the International Meteor Organization.

This means that the best chance for observers in North America will be right before daybreak on Sunday, although areas east of the Mississippi River or Great Lakes may miss the show since it is forecast to peak after sunrise.

Not only do stargazers need to be looking at the right time, but the weather also needs to cooperate. This can be tricky as the winter is often the cloudiest time of the entire year for many areas of the U.S.

Cloud-free conditions are in the offing for a majority of the central U.S. and into the Canadian Prairies, leading to excellent viewing conditions for this weekend's meteor shower.

Even where conditions are clear, light pollution from cities could hinder viewing around places such as Dallas, Denver and Phoenix.

Many areas of the eastern and western U.S. will have to cope with clouds on Saturday night into Sunday morning, blocking out the sky for the short period in which the Quadrantids will be active.

After the Quadrantids, it will be more than three months before another moderate meteor shower graces the night sky.

The Lyrids are up next, but that shower will not peak until the night of April 21 into the early hours of April 22 with about a dozen or two meteors per hour.

However, this does not mean that it is not worth spending time under the night sky during the long winter nights.

The reduced humidity in the winter when compared to the summer months leads to sharper views of the heavens. As a result, the stars appear to twinkle more in the winter than they do during a hazy summer evening. And those with a bit of luck may even catch a shooting star streak across the night sky as a rogue rock drifting through the vastness of space ends its journey with a spark, burning up in Earth's atmosphere.

Keep checking back on AccuWeather.com and stay tuned to the AccuWeather Network on DirecTV, Frontier and Verizon Fios.