Watch as the woman takes the shirt off her back to aid in the rescue effort of a koala that had been burned by the flames. 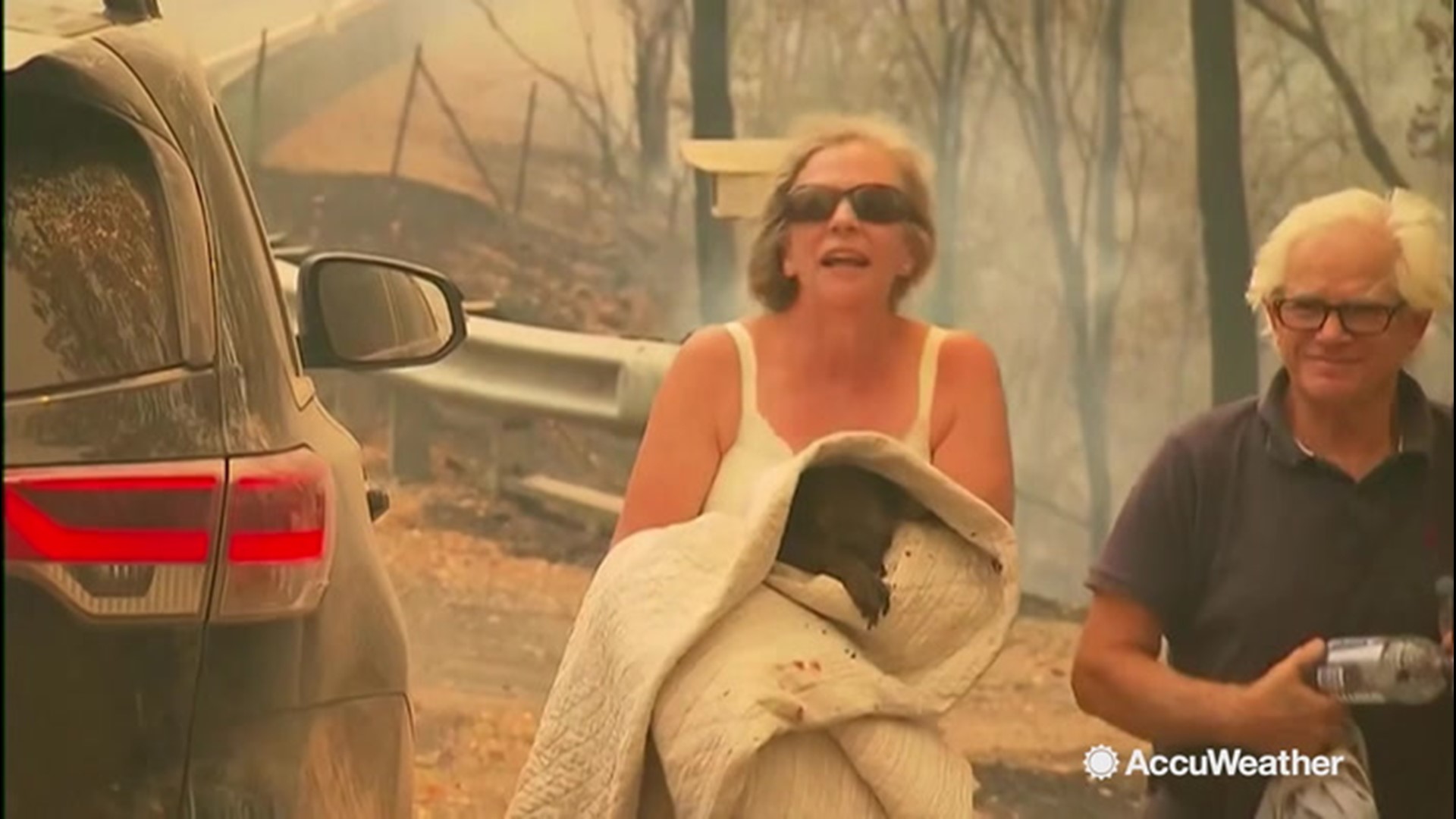 Masses of koalas remain in danger as Australia's national bushfire emergency continues with no end in sight.

The rapidly spreading fires have laid waste to the koalas' habitats and scorched massive amounts of land across the eastern portion of the country. Officials report that hundreds of the marsupials have died while the fires around the city of Port Macquarie in New South Wales have topped 2.5 million acres of burned land.

Many koalas that have survived have been left badly burned. However, amid the horror, teams of courageous rescuers have stepped up to save the lives of dozens of koalas.

One such woman, identified only as Toni by Australia's Nine News, literally took the shirt off her back to aid in the rescue effort of one koala that had been burned by the flames of the fast-moving blaze.

Intense footage released this week showed an injured koala crawl across a roadway onto the smoldering ground before it made its way up a tree. Soon thereafter, Toni, using her own shirt, grabbed the koala from the tree and ran away from the fire area where a man on the side of the road helped her wrap the animal in a blanket, but not before dousing it with water.

Many of the marsupials have visible burns and rescuers have doused them with bottles of water to cool them down.

Toni told reporters that the injured koala would be rushed to the nearby Port Macquarie Koala Hospital.

According to Port Macquarie News, the hospital has received an overwhelming amount of financial support from around the world thanks to a GoFundMe campaign which has raised over $813,000 as of Tuesday morning. The initial goal was $25,000.

According to the fundraising page, the hospital initially set out "to raise money to purchase and distribute automatic drinking stations which will be installed in the burnt areas to help in koala and wildfire survival."

Due to incredible outpouring of support, the hospital has now managed to also put funds toward other important efforts.

"Donations have now reached an incredible amount and we are extending the project to establish a wild koala breeding program," hospital officials said.

"In what is a national tragedy, the bushfires in and around Port Macquarie in November, devastated a genetically diverse koala population," the GoFundMe page description reads. "As many as 350 koalas have perished with approximately 75% of the fireground footprint being prime koala habitat."

Population estimates for the species can vary. Some say Australia is home to as few as 50,000 koalas while others indicate about 100,000 are living in the country, according to Reuters.

The intense heat and strong winds have fueled the blazes around the country, forcing over 100 schools to close and spewing thick smoke over Sydney, leading to poor air quality.

A high fire danger remains in effect for much of the Port Macquarie area.

The fires, which have claimed the lives of at least six people, may only get worse this week. AccuWeather meteorologists predict an uptick in fire danger into Thursday as strong winds develop amid record-challenging heat.