AFTER THE STORM: Multiple reports of damage in Rusk County, thousands without power

Make sure to download the CBS 19 news app for the latest alerts on damage reports. 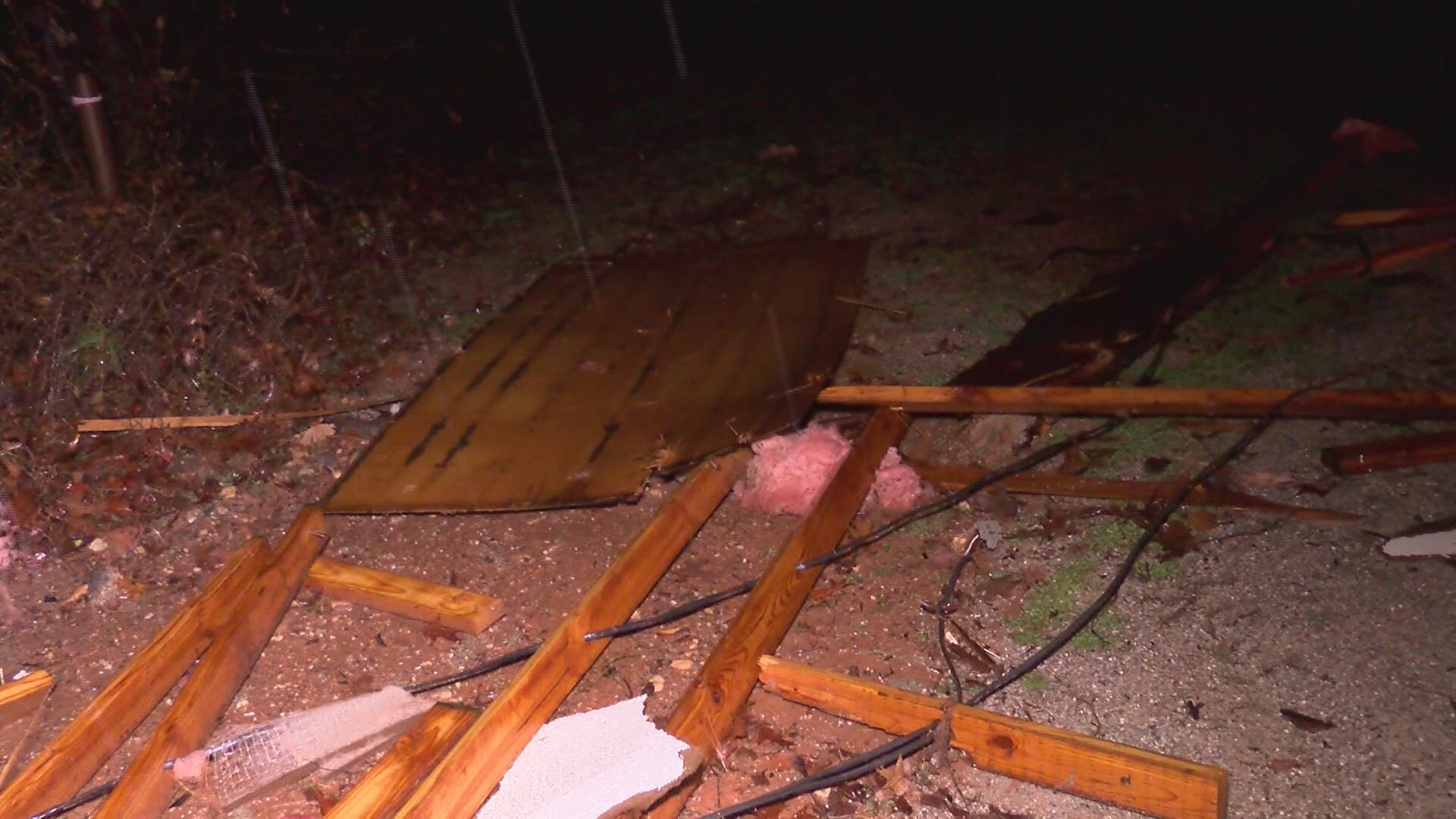 According to the Instanews Cherokee County, a vehicle struck a downed tree on Highway 69, north of Rusk. There are downed power lines and trees across the road. North and southbound lanes are closed at this time.

According to the Kilgore Emergency Operations Center, a roof was blown off a commercial building. There is debris reported at Woodlawn Street and Commerce Street in Rusk County.

A second building near Woodlawn Street and Commerce Street received damage, including a large overhead bay door that was blown off.

The Kilgore Police Department is reporting minor residential damage in addition to the damaged commercial buildings.

The KPD is also reporting downed trees and power lines.

There are reports of several trees down on Roy Road between Tyler and Whitehouse.

A tree is reported down on US Highway 59 and Loop 224 between State Highway 7 and Farm-to-Market Road 225 in Nacogdoches. Crews are in route to clear the roadway. Stay alert and choose alternate routes until this scene is clear.

TxDOT in Lufkin reported trees down on roads in Houston County. The trees have been cleared from the roads.

A tree is reported down on a house along Farm-to-Market Road 1798 near US Highway 259 in Henderson.

There are reports of flooding in Sulphur Springs in the following area:

Stick with CBS19 everywhere you go. And don't worry, we've got you covered!

RELATED: TIPS: What to do in case of a tornado

RELATED: EMERGENCY PREPAREDNESS: What to have in case of severe weather emergency