Did you see the meteor flash across the sky? Here's what we know

You weren't seeing things. Several fireballs were reported across the state. 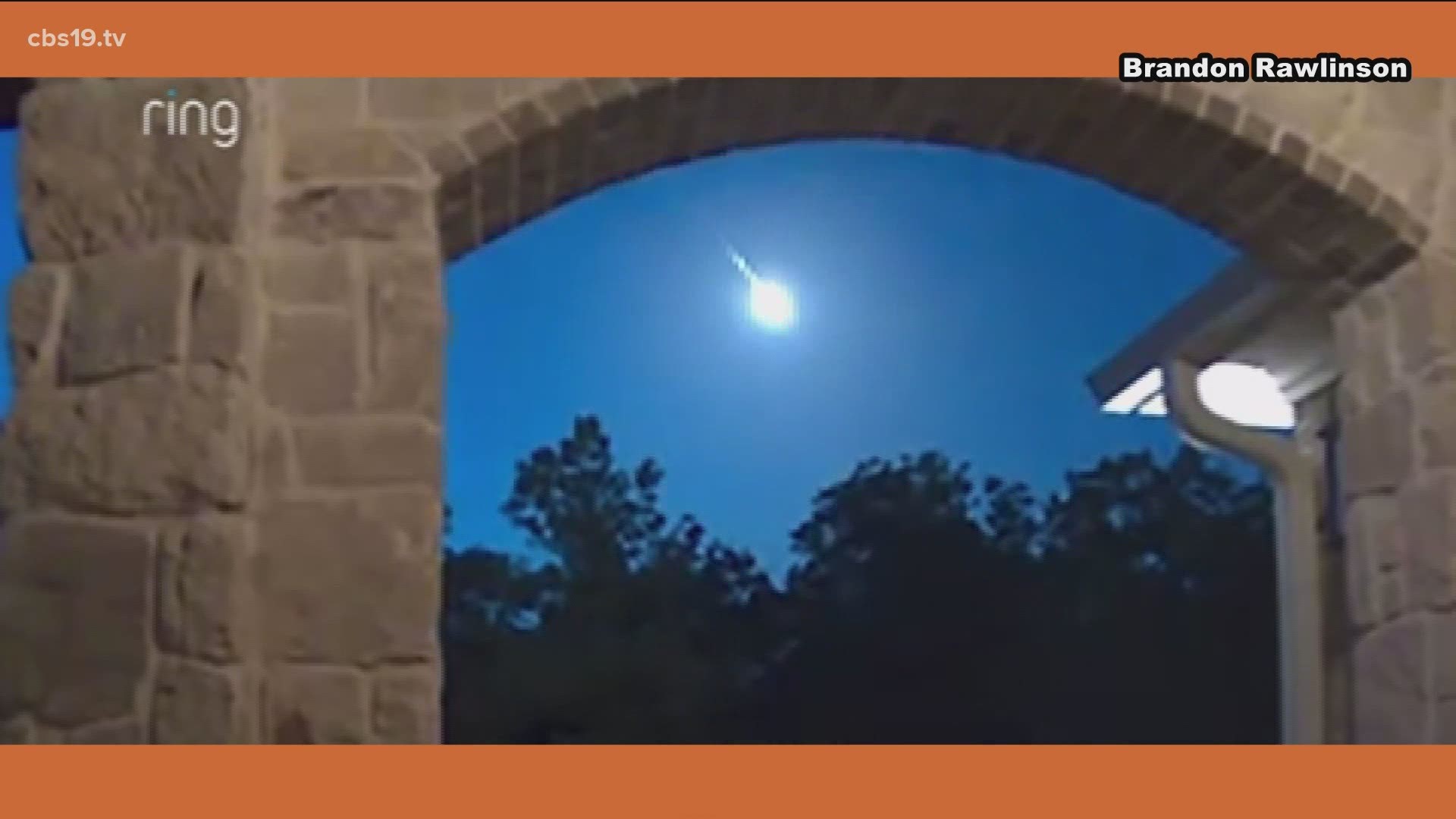 DALLAS — Did you see it? There were more than 150 reports about fireballs from Texas, Louisiana, Oklahoma, Missouri and Arkansas Sunday night.

We normally have about 25 to 35 events per year worldwide that register 100+ witness reports. So far this year, we have had 20 reports including this one witnessed right here in North Texas.

What is a fireball?

The American Meteor Society defines fireball as another term for a very bright meteor, generally brighter than magnitude -4m which is about the same magnitude as the planet Venus in the morning or evening sky.

Here are two videos shared with WFAA that captured the bright streak of light:

Many North Texas residents took to social media to see if others saw the "bright flash of light" or if they heard a loud boom.

The sonic boom doesn't always happen when you see these fireballs, but it is a sign that the meteorites might have survived.

The Perseids meteor shower, which is often the most impressive meteor shower of the year for the Northern Hemisphere, is ongoing now through the end of August. So, North Texas may have another chance to see more fireballs.

Where was the meteor?

People reported seeing the fireball from Bowie to Fort Worth to McKinney to Rockwall and beyond.

According to the American Meteor Society, there were 149 reports of the sighting.

The society created a trajectory that showed the meteor going north of Brashear, Sulphur Springs and Talco.

There is a website from the American Meteor Society that shows witness reports and locations. Go here to view them.