Videos coming in from across the Lone Star state show the fireball illuminating the Summer sky with a blazing tail. 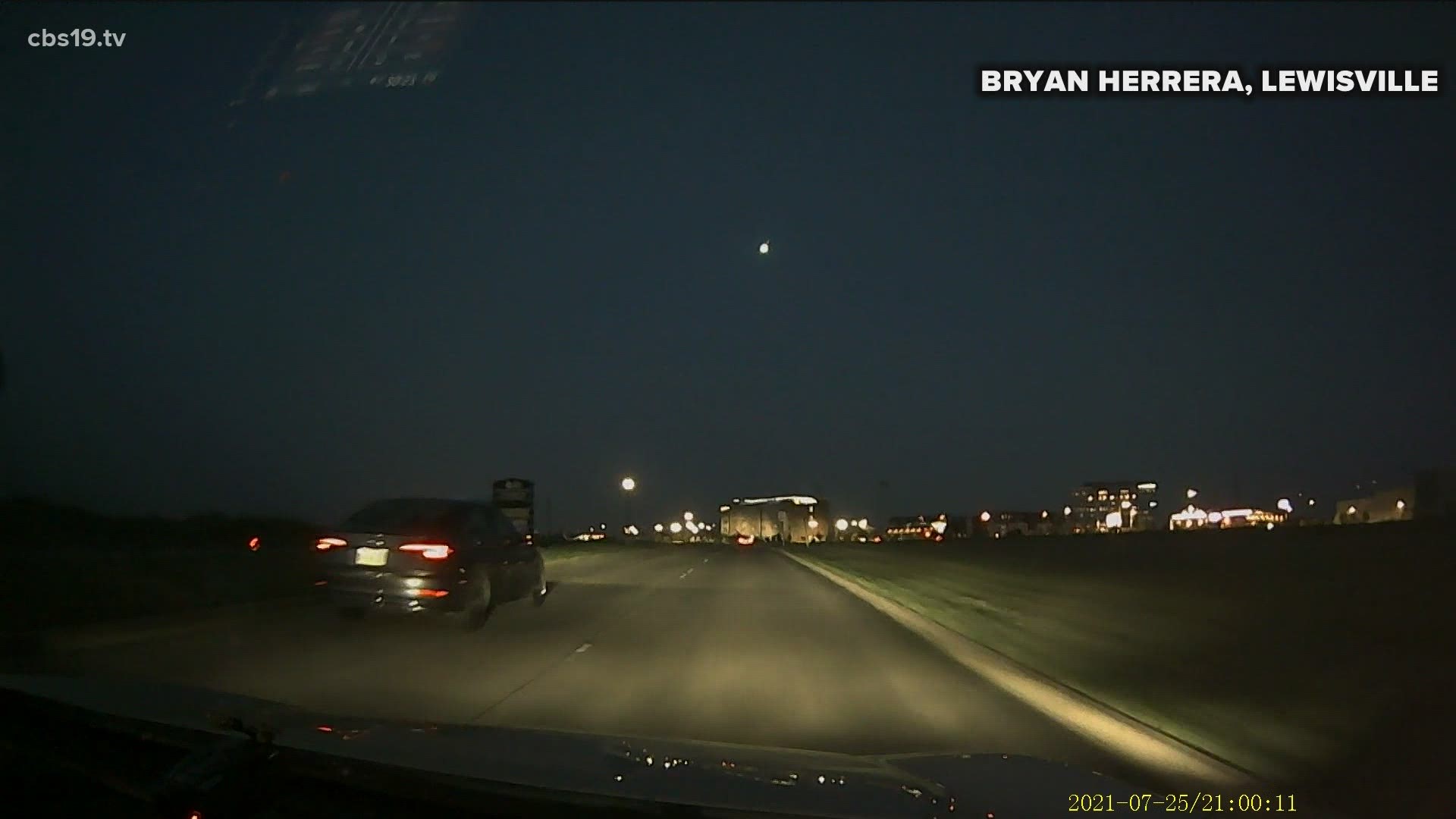 TEXAS, USA — In the Lone Star State, we usually sing about stars at night being big and bright – but Sunday night many of you caught a ball of fire blazing across the sky.

According to Dr. Beau Hartweg, director of TJC'S Earth and Space Science Center, it was a meteor that flashed across our summer sky.

"Based on how bright it was and how slow it was moving across the sky, it was probably a rock about 6 inches or so, weighing about 10 pounds."

That space rock brought quite the show to spectators. Juliah Bandy caught the meteor streaking across the sky on her doorbell camera in Carthage.

So far, reports have been confirmed by the American Meteor Society in Texas, Oklahoma, Louisiana and Arkansas with some sightings still pending. If you are one of the lucky few that did catch a glimpse, we hope you made a wish!

To learn more about TJC's Earth and Space Science center where they have meteorites on display, you can visit their website here.