Heat and the playground: How hot can the equipment get?

When kids are out playing in the sun, Longview Fire Marshal Kevin May says staying hydrated and avoiding burns is the last thing on their minds. 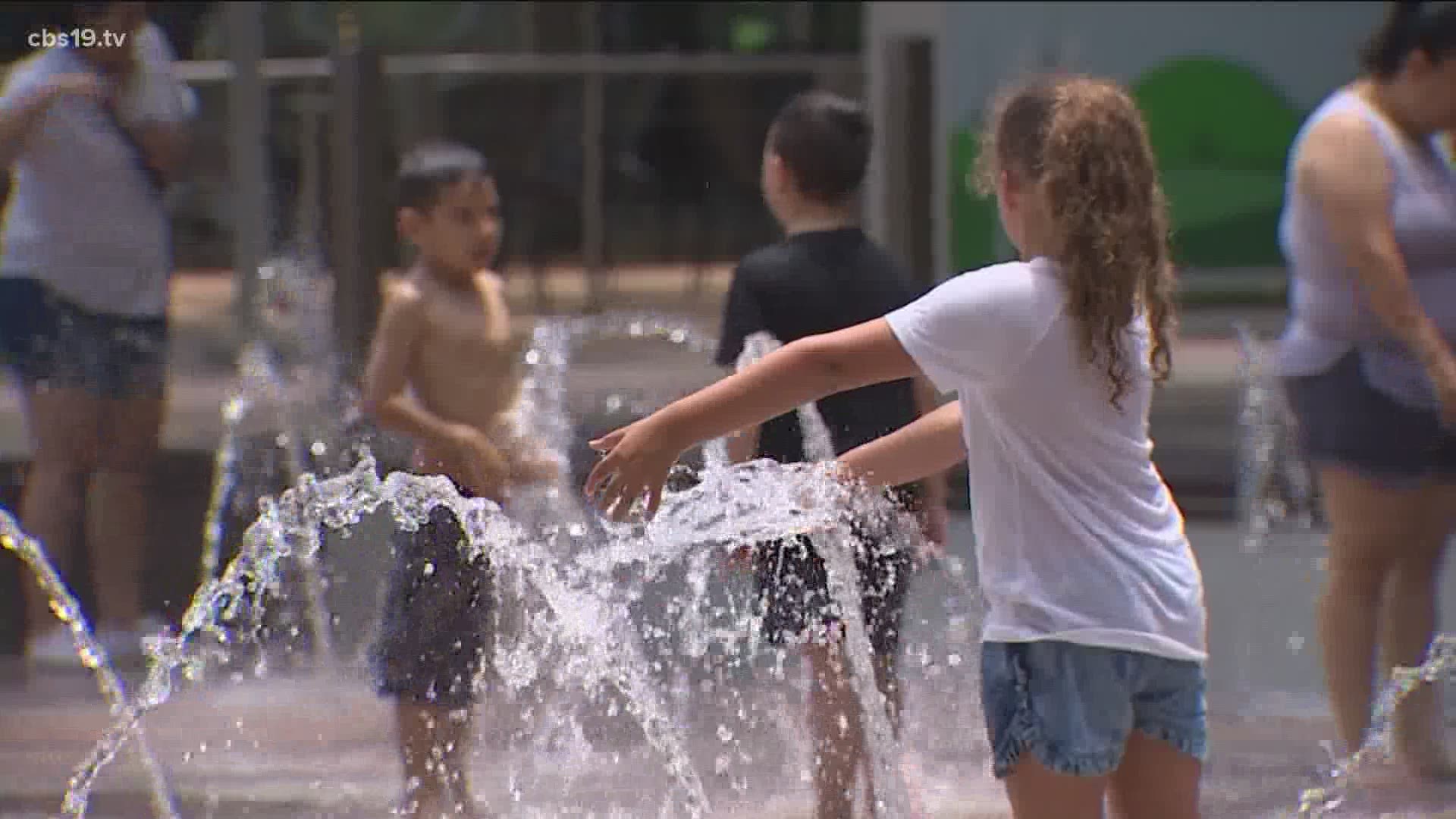 LONGVIEW, Texas — Temperatures will be dancing with the triple digits this weekend which raises concern for heat related injuries. This is why it's crucial for parents to protect their kids while playing outside.

"The children, they're not going to do it themselves if we don't, as parents, make them," said Longview Fire Marshal Kevin May.

The National Program for Playground Safety reports playground equipment has recorded temperatures of up to 189 degrees. This can burn a child’s skin in less than three seconds. The most common places on a playground for a child to be burned? A slide or surfaces like turf.

May explained, "If you can’t put your hand on something and hold your hand there because it's too hot, then you don't want your kids playing on it either.

The slides and turf aren't the only things heating up. Parents should also keep a close eye on things around the house as well- like those hoses in the front yard. They likely have water in them that’s been sitting in the sun.

"That is true," May said. "You know, if you've got a garden hose out there and you turn it on, let it run for a little bit to get because that water will be hot in that hose and it would be uncomfortable."

He said this weekend especially, keep and eye on your all neighbors young and elderly because when it comes to being outdoors, the heat does not discriminate.