Gov. Greg Abbott said an evacuation center would be opened Tuesday at Circuit of the Americas. 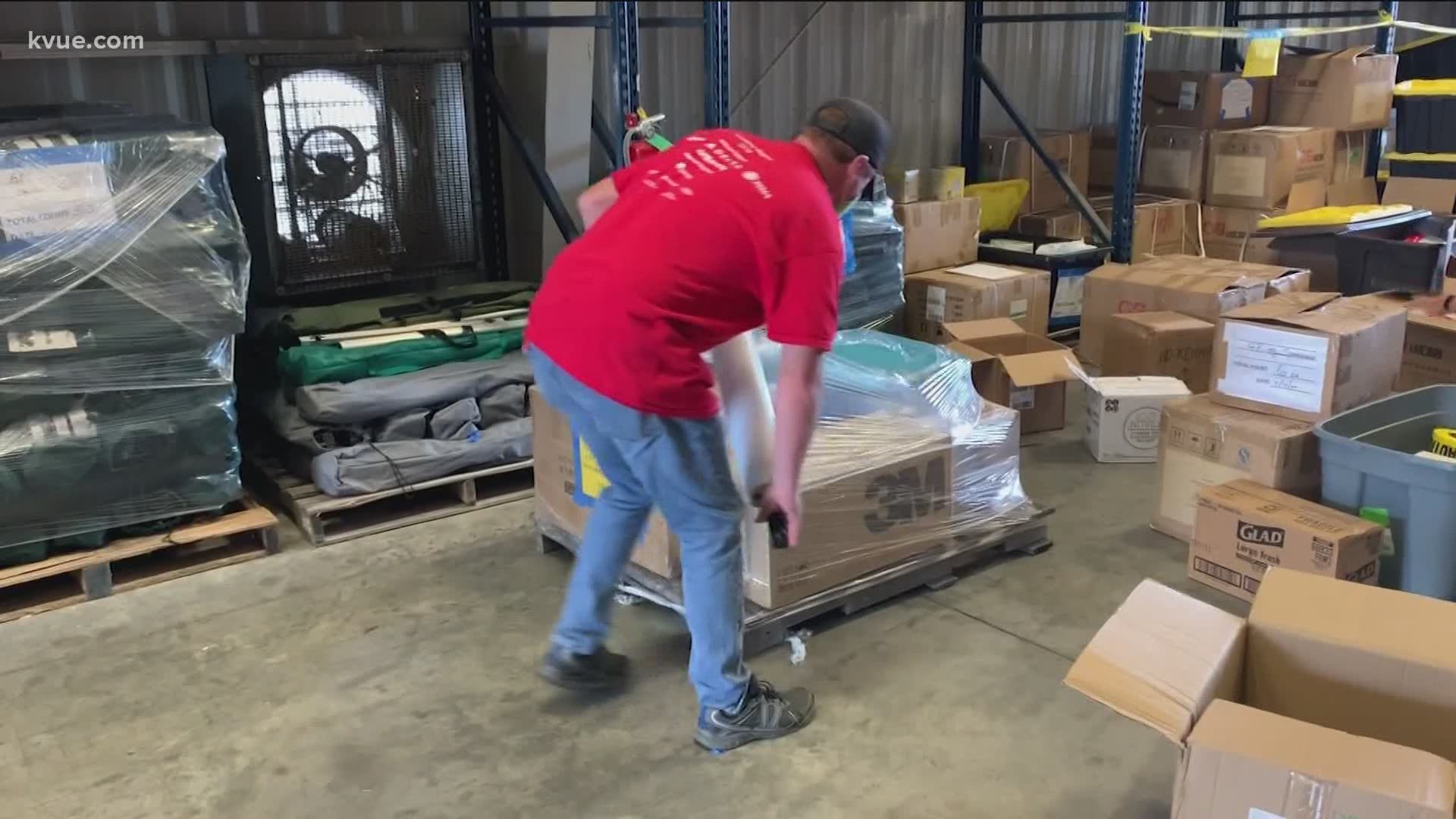 AUSTIN, Texas — Editor's note: The Austin intake facility at COTA has reached its capacity as of Wednesday morning. Evacuees are now being asked to go to the Mesquite, Texas, shelter. For the latest updates, check out our new story here.

Hurricane Laura evacuees from the Galveston area will come to the Austin area to seek shelter from the storm, City officials confirmed to KVUE on Tuesday.

The response to taking in evacuees will be coordinated by the Austin-Travis County Emergency Operations Center in addition to the ongoing COVID-19 activation, city officials said in the release.

"The City of Austin Office of Homeland Security and Emergency Management and the Travis County Office of Emergency Management have been reviewing and altering the 'Capital Area Shelter Hub Plan' to prepare to respond to sheltering needs during a pandemic since earlier this summer," city officials said in a press release. "The COVID-19 pandemic has resulted in substantial changes to the plan to shelter evacuees. These changes include assigning evacuees to hotels instead of a few or single large congregate shelter."

Additionally, the Austin Disaster Relief Network plans to mobilize its network of trained and badged volunteers to help with hotel registration and administrative tasks. The network will also provide toiletries, hygiene kits and clothing as needed, as well as emotional and spiritual support.

The City of Galveston issued a mandatory evacuation order for all residents there and on the Bolivar Peninsula due to the threat of Hurricane Laura.

Laura is officially a hurricane

Texas State University said it will also host around 60 or 70 students and staff members from Lamar Univerity from their campus in Beaumont. They are expected to arrive Tuesday. Students will be housed in the San Gabriel and Gaillarida residence halls and will use the Harris Dining Hall. Lamar staff will be assigned to Bobcat Village and will also use space in Falls/Sayers and Blanco residence halls.

Hurricane Laura: Gov. Abbott to give update on state's response