Hurricane Irma is about 495 miles east-southeast of Miami as of 5 a.m. Friday. 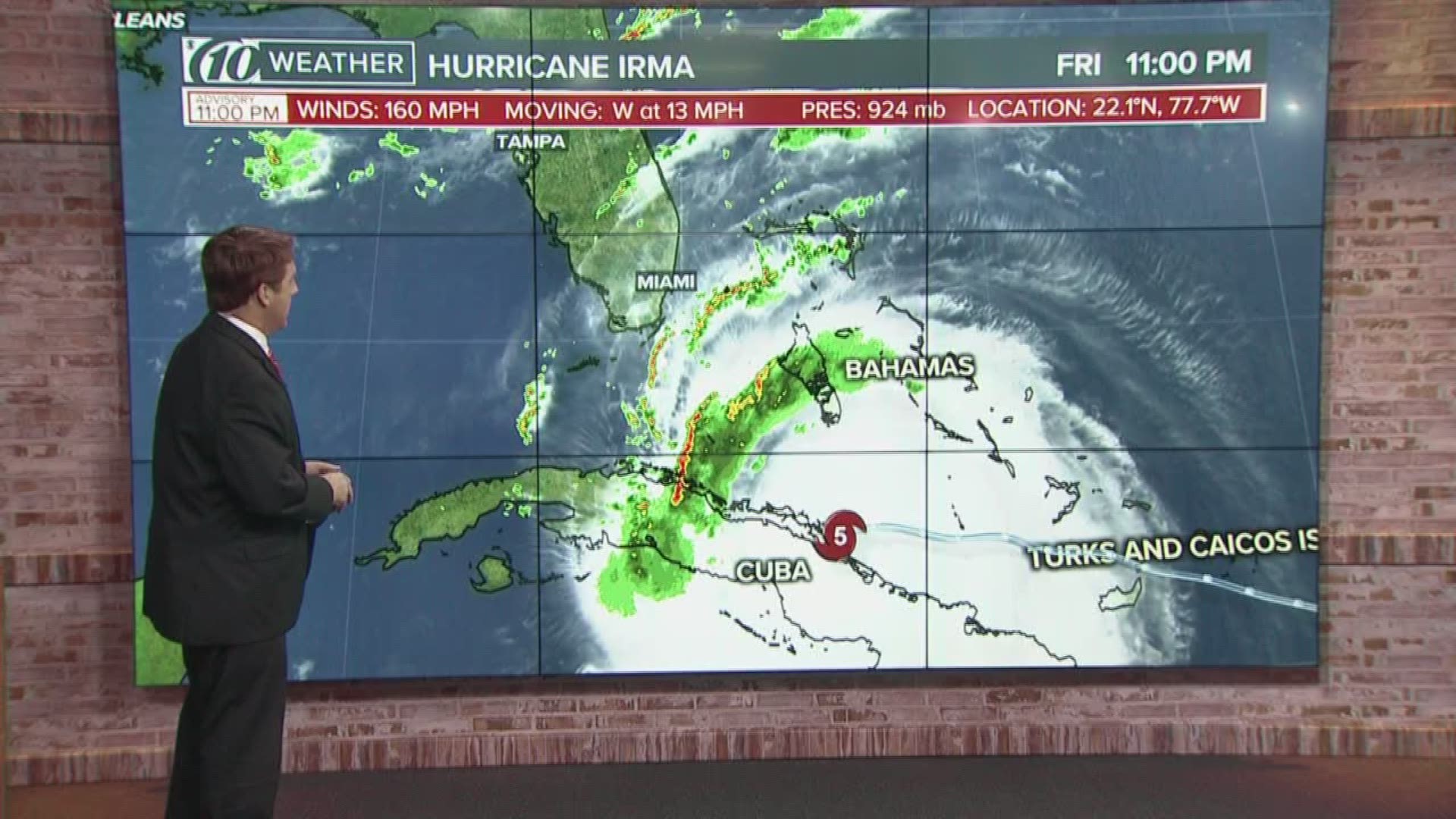 Irma is about 300 miles southeast of Miami as of the 11 p.m. Sept. 8, update from the National Hurricane Center. It is moving west at 13 mph.

The extremely dangerous and potentially life-threatening Hurricane Irma is pushing its way toward the Florida coast Friday, Sept. 8.

Related: What you need to know Friday about Hurricane Irma

Hurricane watches and warnings are in effect for parts of Florida's west coast and the southern part of the state in advance of Irma, according to the National Hurricane Center.

The warning is in effect for the west coast of Florida up to the Anclote River.

The watch reaches to Indian Pass in the Panhandle and now includes Citrus, Hernando, Pasco, Hillsborough and Pinellas counties.

Irma’s wind speeds are forecast to decrease as it gets closer to the Florida Coast.

Here's a breakdown of the Saffir-Simpson scale, according to the National Hurricane Center:

Category 5 - 157 mph or higher sustained winds: Catastrophic damage will occur ("a high percentage of framed homes will be destroyed)

The extremely dangerous and potentially life-threatening Hurricane Irma is pushing its way toward the Florida coast Friday, Sept. 8.

Thousands of people have evacuated after the NHC issued hurricane warnings for South Florida. More than a half-million people have been ordered to leave the region ahead of Hurricane Irma.

The governor told residents not to become complacent because the storm could have "major and life-threatening impacts from coast to coast."

Editor's Note: Information from the Associated Press is used in this story.