Now with a new storm in the Gulf, Tropical Storm Beta, anxiety is high. Some business owners have been through several of these storms and are preparing yet again. 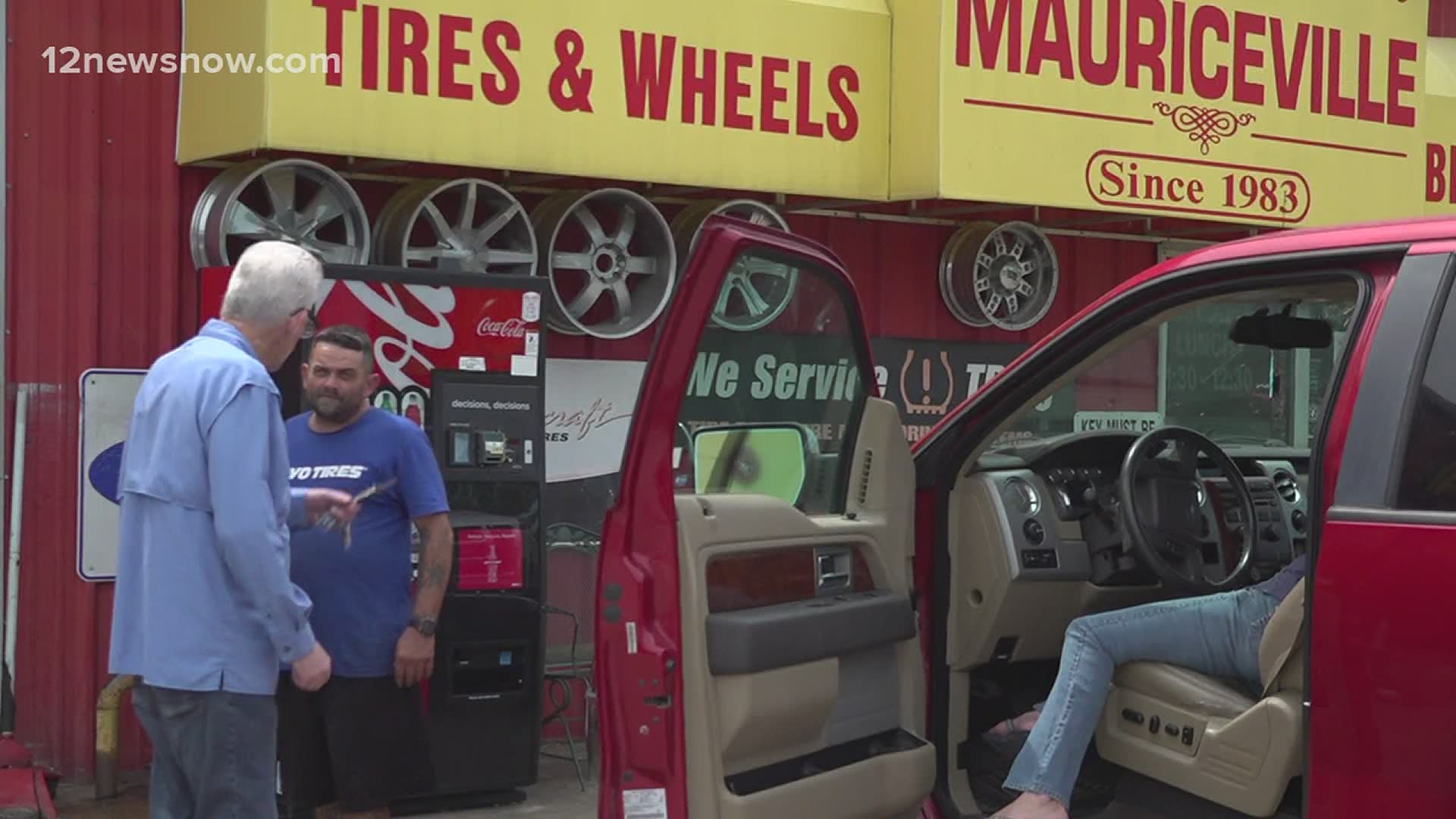 JEFFERSON COUNTY, Texas — Southeast Texans were wading through water a year ago as Tropical Storm Imelda unleashed more than 40 inches of rain.

This is not the first unpredictable storm the Golden Triangle has faced together.

Now with a new storm in the Gulf, Tropical Storm Beta, anxiety is high. Some business owners have been through several of these storms and are preparing yet again.

His shop has been around for 30 years, but not without a few bumps in the road.

"We got about three foot of water in (Imelda), and it tore off some of my roof," he said. "We haven't fixed the showroom, and today it's still the same way. we're just taking until hurricane season is over with."

A year later, he said he is still hesitant to repair damages. His shop was also damaged by Rita and Harvey. But when Imelda dumped more than 40 inches of rain, his neighborhood was impacted as well.

"A lot of people in this town have moved and that hurts," he said. "I don't want to flood again and I don't want anyone else to flood."

Elliot moved his family to Buna after Imelda, but his tire shop still stands. His loyal customers still stop by, he said.

"They still come see me, which I appreciate that," he said.

When Elliott reflects on all the storms and the damage they've left behind, he said he plans to stick around for the community that supported him through the years.

"I've been through like three or four generations of putting tires on their cars," he said. "Mom and dad and then their kids and now their kids."