While some people are reflecting on Imelda's damage, others are focused on recovering from Hurricane Laura and trying to prepare for what is to come next week. 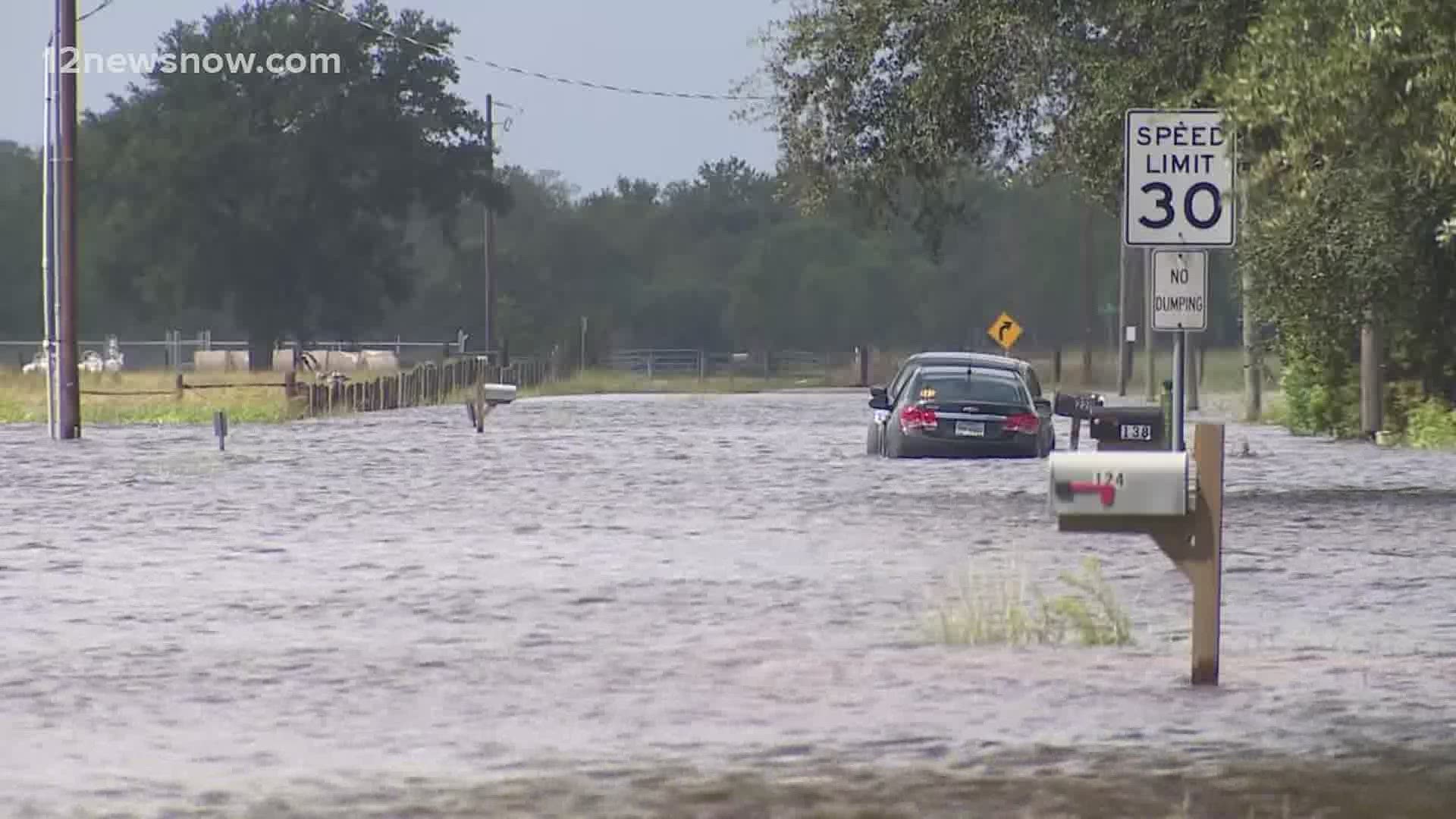 ORANGE COUNTY, Texas — A year ago, Southeast Texas had no idea what was coming.

No idea that Tropical Storm Imelda was about to unleash more than 40 inches of rain on the Golden Triangle.

"Nobody expected it," a resident said in file footage from 2019. "We never thought it would happen again. Most people that flooded don't have insurance because they are not in flood zones."

Now with a new threat in the Gulf from Tropical Storm Beta, anxiety is high. Southeast Texas leaders gave insights to put this storm in perspective.

Last year, Southeast Texas wasn't a place many could recognize. Orange County Judge John Gothia said he felt like he was at an aquarium rather than his own town.

"You just gotta know when you live here, there is a potential for these things to happen," Gothia said.

There is a price that comes with living in Southeast Texas.

On this day last year, Tropical Storm Imelda happened, the storm that made Southeast Texas adapt to a new normal. People woke up to more than 40 inches of rain, homes destroyed and valuable items gone.

"These disasters keep coming one after another and we don't get a break," Gothia said. "It wears you down."

While some people are reflecting on Imelda's damage, others are focused on recovering from Hurricane Laura and trying to prepare for what is to come next week.

"I mean stay ready, these storms pop up," Jefferson County Rep. Joe Deshotel said. "You know today can be sunny and calm, and a week from today we could be evacuating, so we just need to be prepared."

Others have shared how many hurricanes their businesses have been through and how they are staying resilient through it all.