Beta continues to bring rain across Southeast Texas with flash flood watches in effect in much of the area. 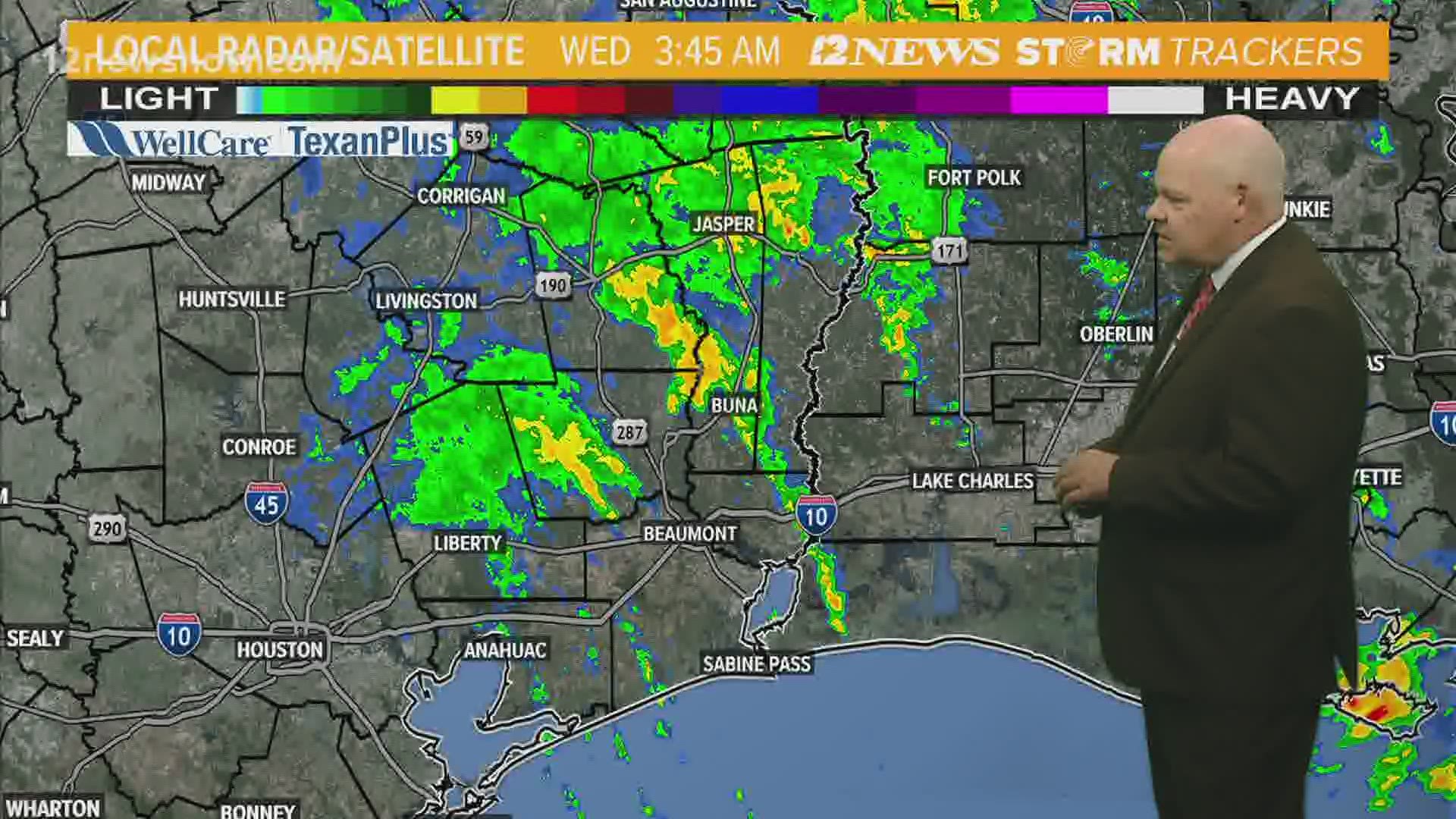 BEAUMONT, Texas — What's left of Beta is moving though Southeast Texas and heading to the east-northeast bringing showers throughout portions of the area.

At 10 a.m. the National Weather Service reported that the center of what's left of Beta was 60 miles west of Lake Charles. That puts it right over Beaumont but most of the rain has already passed.

A flash flood warning remains in effect until 12:45 p.m. for Newton County. Between one and four inches of rain has fallen this morning.

Beta made landfall overnight Monday near Port Lavaca, Texas, and moved slowly through the Houston area bringing heavy rain and street flooding for much of Tuesday.

Despite Beta no longer being a tropical storm, the flood threat remains for Southeast Texas through Wednesday night.

There are Flash Flood Watches currently in effect across Southeast Texas and Southern Louisiana.

The storm was about 60 miles west of Lake Charles at 10 a.m. according to the National Weather Service.

Timing of the storm

The National Hurricane Center is referring to the storm as 'Post-Tropical Cyclone Beta' as its remnants move through Southeast Texas.

It's now moving east-northeast at about 9 mph as of 10 a.m. according to the National Weather Service. This motion is expected to shift more toward the northeast in the next 48 hours.

Its max winds are staying around 30 mph with higher gusts.

Continued slow weakening is forecast for Beta's over the next couple of days.

The possible heavy rainfall for Southeast Texas is expected to be over by Wednesday afternoon.

At 1000 AM CDT (1500 UTC), the center of Post-Tropical Cyclone Beta was located near latitude 30.2 North, longitude 94.2 West. The post-tropical cyclone is moving toward the east-northeast near 9 mph and this motion is expected to continue through the day.

Maximum sustained winds are near 30 mph (45 km/h) with higher gusts. Continued slow weakening is forecast over the next few days.

RELATED: It's been 15 years since the Greek alphabet was used in a tropical storm name

Be prepared if a storm comes our way