Thousands of residents in East Texas will wake up Sunday morning and begin the recovery process after Saturday's storms. The small town of Alto received the bulk of the damage. 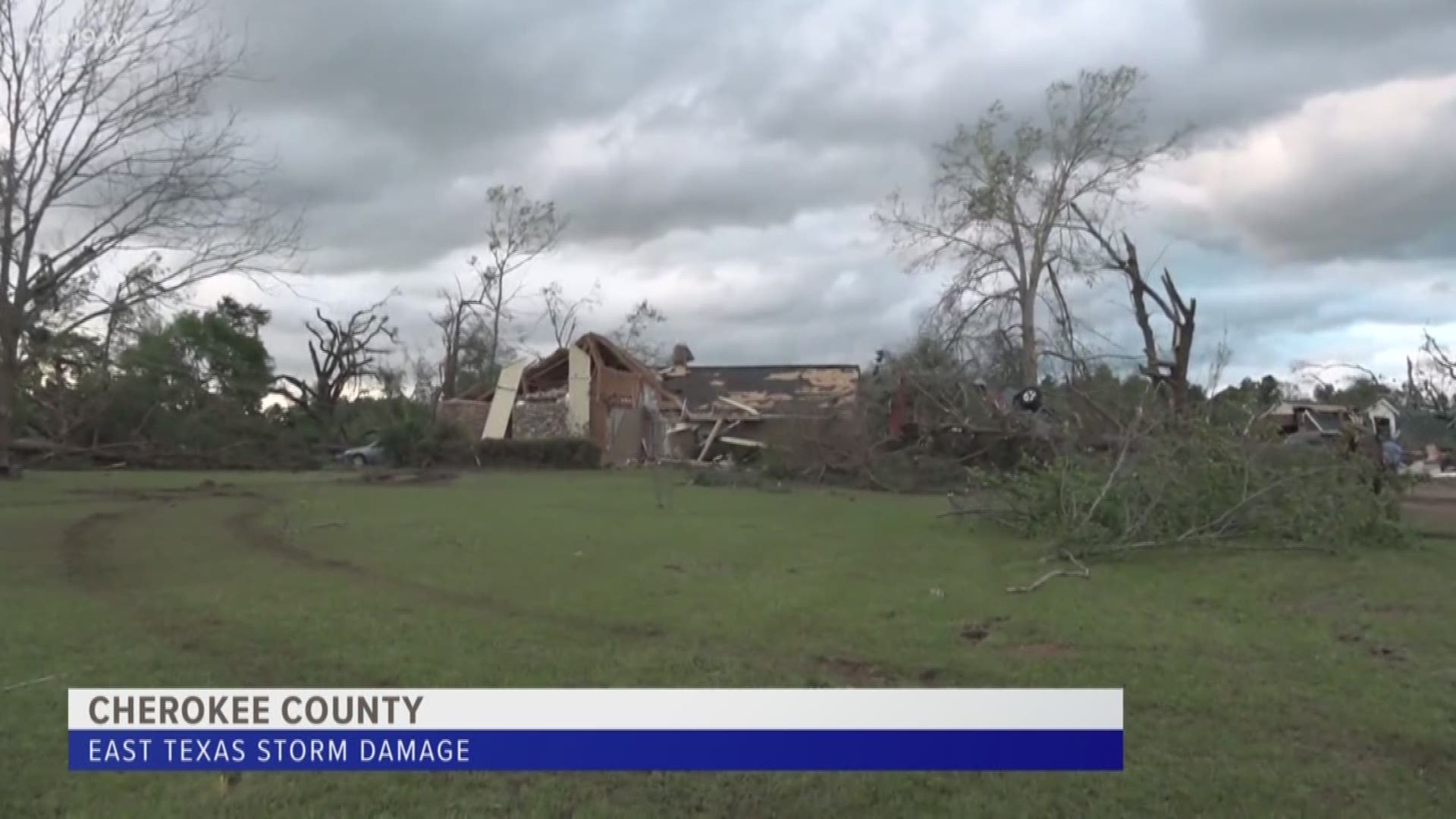 Those are just some of the words to describe the feelings of thousands of people in the small town of Alto after a tornado tore through the town on Saturday.

After the storm passed through, many residents in Alto were left without a home.

"My house was there, but it's gone now," Sandra Verdell, a resident of Alto, said.

Verdell says was in her safe place when the storm ripped through her home.

"I was up under that pile!" Verdell said. "I didn't have nothing to try to grab because the walls was gone. So the win pushed me with all the furniture. And By that time, I was on the ground. And once I hit the ground, everything started piling up on me."

Sheletha Polk was sleeping in her room when her home began to violently shake.

"I heard the shaking and the loud wind. [It] sounded like a train without a whistle," Polk said. "I just got to my knees and prayed that I would be okay - that I would make it out."

When the storm passed, Polk saw nothing but storm debris all around her.

"I can't get in there," Sheletha Polk, another resident in Alto, said. "Trees is everywhere. I can't even get to my house, can't even check on my dog. I don't even know if he's still alive or not."

A woman's home was blown off its foundation when the tornado struck her home on State Highway 21 near Single Stray Street.

"As the tornado came in, I could feel the atmosphere change. My ears started popping, and I was holding onto the pillow on top of my head," the woman said. "I was just screaming in prayer and asking God to keep me safe.

When the tornado finally passed, she came to the realization that her home was no longer on its foundation. It was 40 feet away surrounded by furniture, her household items, downed trees and other debris.

"I got up, and I was a little disoriented because my head really hurt," the woman said. "And I looked around and everything was gone."

Despite the damage, the woman was not seriously injured.