Tornado touches down in Tyler 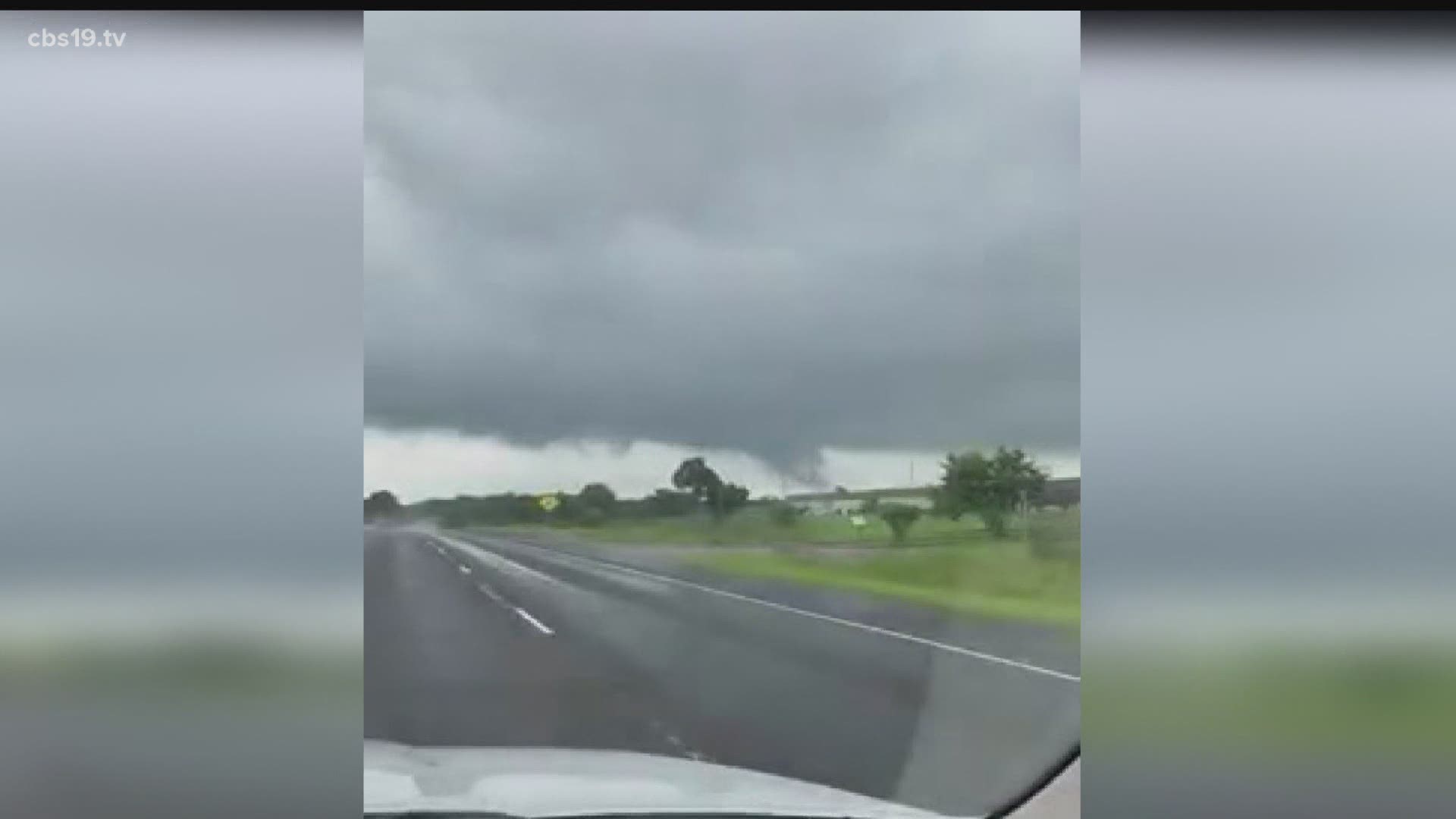 Brooke jackson was practicing on a Lindsey Park soccer field when it started pouring rain and park workmen told her to take cover.

She said, "It was really scary. Then like it went over. Like it went around us, fully around us.”

Park Superintendent Dustin Rounsavall said that the other players had to hide out in a nearby restroom until the coast was clear. There were at least 30 kids.

He explained, “Once we noticed what was going on, our guys jumped into action over there and rounded everybody into a bathroom until everything kind of died down."

Garcie Beezley was also playing soccer and said, “We ducked our heads and I was really scared.”

Other eyewitnesses tell CBS19 that this tornado touched down in the area at least four times before all was quiet again. It started on the softball side of Lindsey Park before hopping over to the soccer side and knocking out some goalposts and a couple trees. Authorities also tell us that the fields themselves were left relatively untouched and no one was hurt in the storm.

Tyler Parks and Recreation says that Lindsey Park will be back to normal operations Wednesday morning.