1 YEAR LATER: Fruitvale High School, a year after tornadoes ripped through the campus

A year after deadly tornadoes ripped through East Texas, Fruitvale ISD staff recounts the devastating day and the progress the district has made in its recovery efforts. 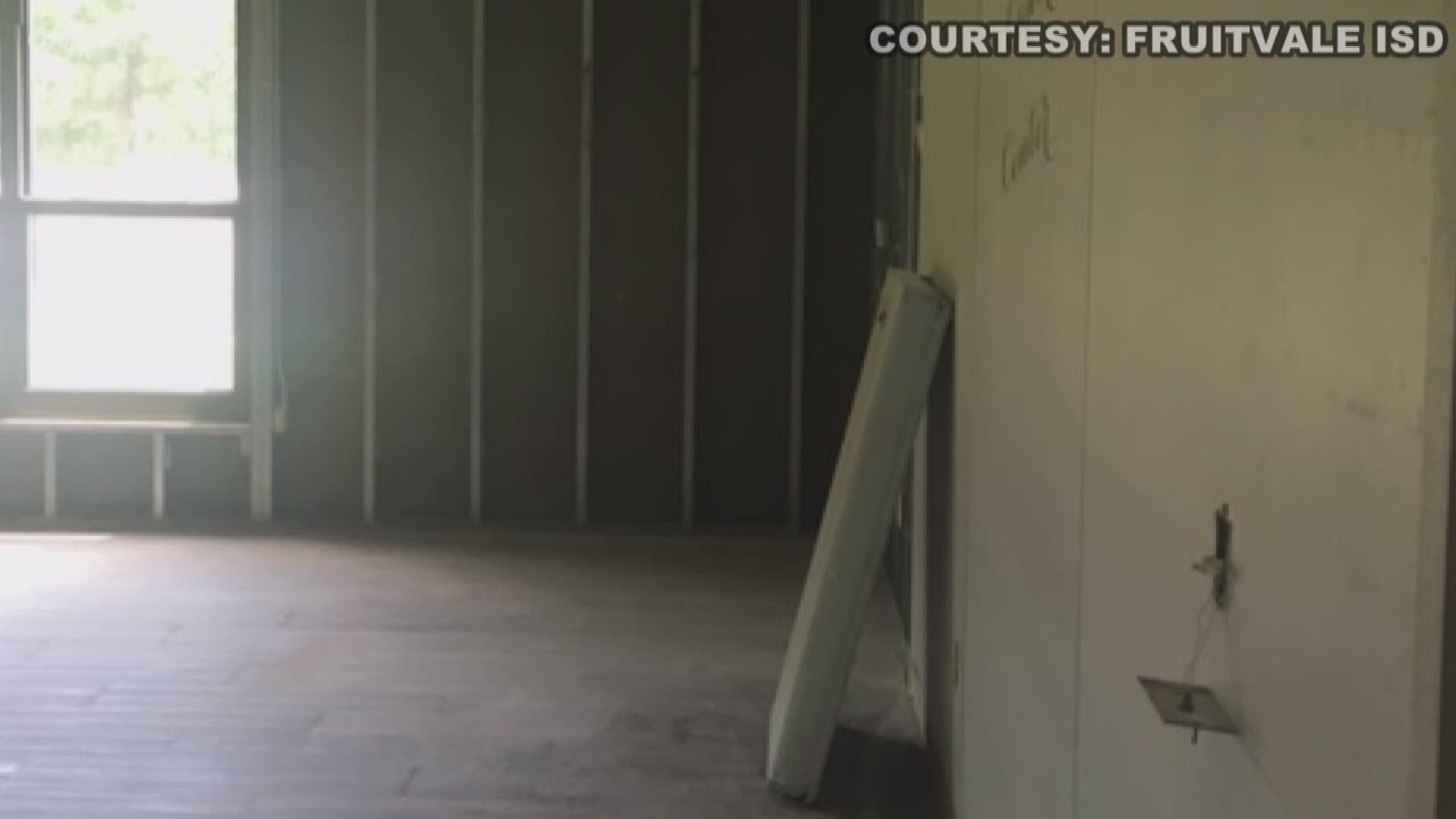 FRUITVALE — On April 29 tornadoes swept through the community of Fruitvale, Texas, causing major damage to the area high school.

"It was just very emotional to walk in and see all the damage done," Becky Barnes, Fruitvale High School math teacher, said.

Barnes recounts the day she walked into her classroom after the tornadoes.

"At first you think it's going to be ok," she said. "You mop up, you move on, but the smell and the damage of course."

The tornado destroyed much of the exterior walls of the school and gym, and rooms were left in need of desperate repairs.

Rebecca Bain, superintendent of Fruitvale ISD, says a year later they're still working on getting the school back to where it once was, despite the progress made.

"It's been a year and we're still in the progress of going through those details of the insurance company so that we can make sure everything is repaired and the way it was before the tornado," Bain said.

According to the district, reconstruction of the school cost nearly half a million dollars.

"All the money has come out of our fund balance, out of our budget, any money that was donated to the school was given to the families that needed them, the school didn't take any of that money," she said.

Bain says, now a year later, they've pushed through the devastation caused by the storm.

"I think stuff can always be replaced, and it is a long process to get those things replaced," she said. "The fact that we didn't have any fatalities and the fact that all of our kids are ok, our stuff is ok, we pulled together, worked together, is the most important thing from this event."