"Fear is not something that should be a part of anybody's life. You know, life's too short for that." Yesterland Farm rebuilds one year after Van Zandt tornadoes. 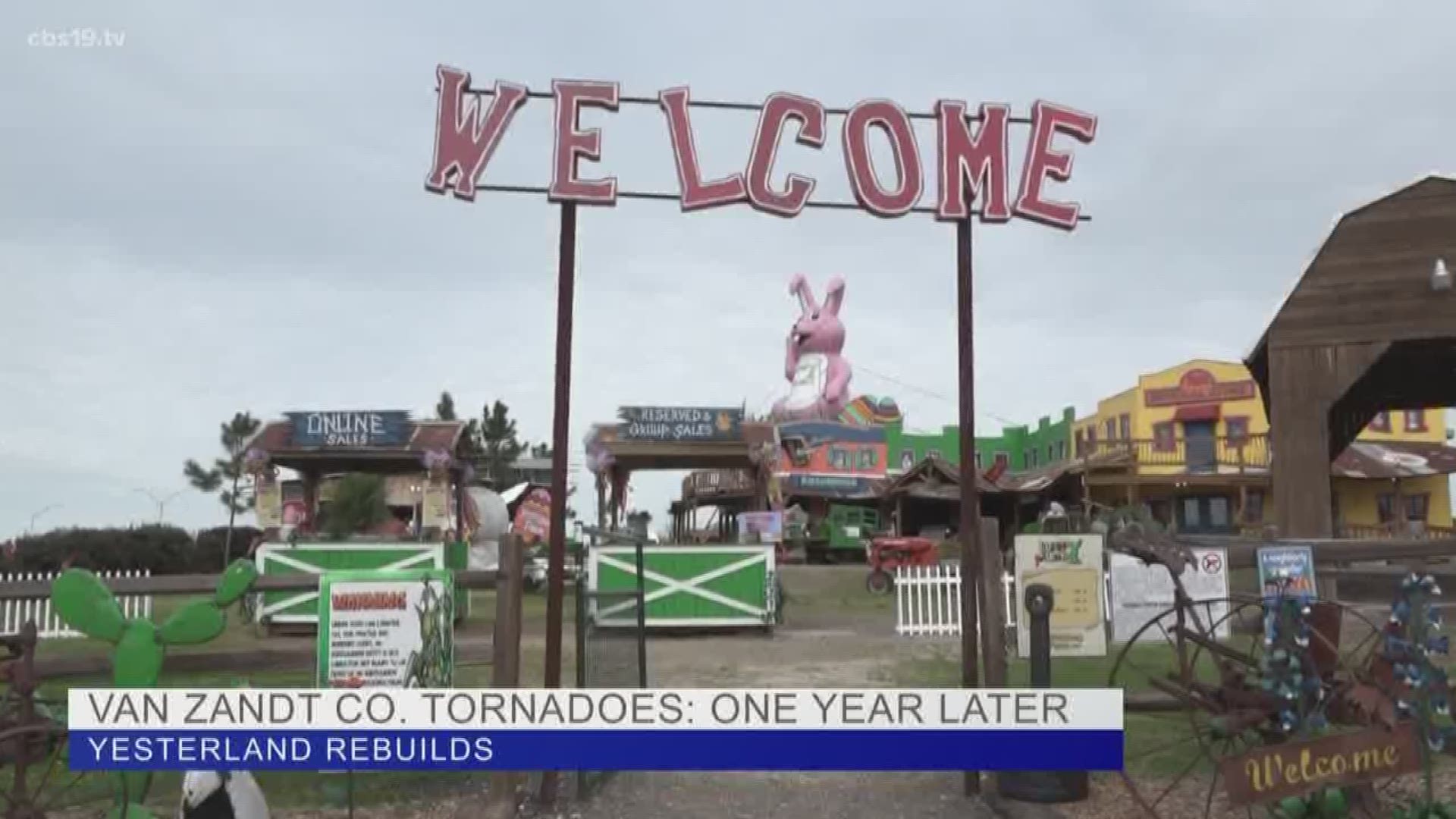 VAN ZANDT CO. — April 29 is a day that many in East Texas will never forget.

Kama Bozeman greets everyone she passes with a smile and a wave at Yesterland Farm that she built from the ground up with her husband.

"You work so hard, and you invest your finances and your emotions, your sweat equity into a place and get it where you want it to be," Bozeman said.

The farm is part of the community, a place where family traditions happen every year.

"They come here year after year to get their picture made with Santa, or to pick out their Christmas tree, or to enjoy the farm together and see the pig races in the fall, or go through the corn maze," Bozeman said.

If you walk through it now, you would never know that one year ago, the farm was devastated.

"My husband happened to be on the front porch, and our son who is a Canton Fireman, he called and said that there was a tornado on the ground, it would be hitting the farm in about 30 seconds, take cover now," Bozeman said.

Not one, but two tornadoes tore through their farm that night.

"Our immediate response was get the horses up, because they were out, and get them safe, and then we had to get back in because there was another tornado coming," Bozeman said.

The storm tore through barns, a store and even a rollercoaster.

"Up in the front, these three were up front, and the front porch was ripped off of this building, and the windows broken out, so we ended up redoing it completely," Bozeman said.

Eight buildings in all were either completely gone or badly damaged.

Some would have given up, but Bozeman said that was never an option for her family.

"I can't control if a tornado comes through and rips it up, I can control how I react to it," Bozeman said. "And my husband and I just chose to go big or go home. And that's what we did."

She said they got through it because they didn't have to rebuild alone.

"The Lord sent us people along the way to help put this together," Bozeman said. "So we've really been blessed by gifts of other's talents and time and it's been good, honestly."

It didn't take them years to let people back in.

In fact, it didn't even take a week.

"The tornado was on a Saturday night, and we had field trips scheduled for that next Friday, May the 5th, and we had those field trips, those teachers said best field trip they'd ever had," Bozeman said.

It's an experience she hopes never happens again, but if it does she is at peace with that possibility.

"I've gone through it once, I can go through it again," Bozeman said. You know, I don't really have any fear. Fear is not something that should be a part of anybody's life. You know, life's too short for that."

Despite nearly losing it all, Yesterland is better than ever.

It remains a place for families in East Texas to keep making memories.