WEATHER BLOG: Could the elusive 'First Cold Front' be in sight?

For the first time this season, long range weather model guidance is hinting at a cold front making it into South Texas 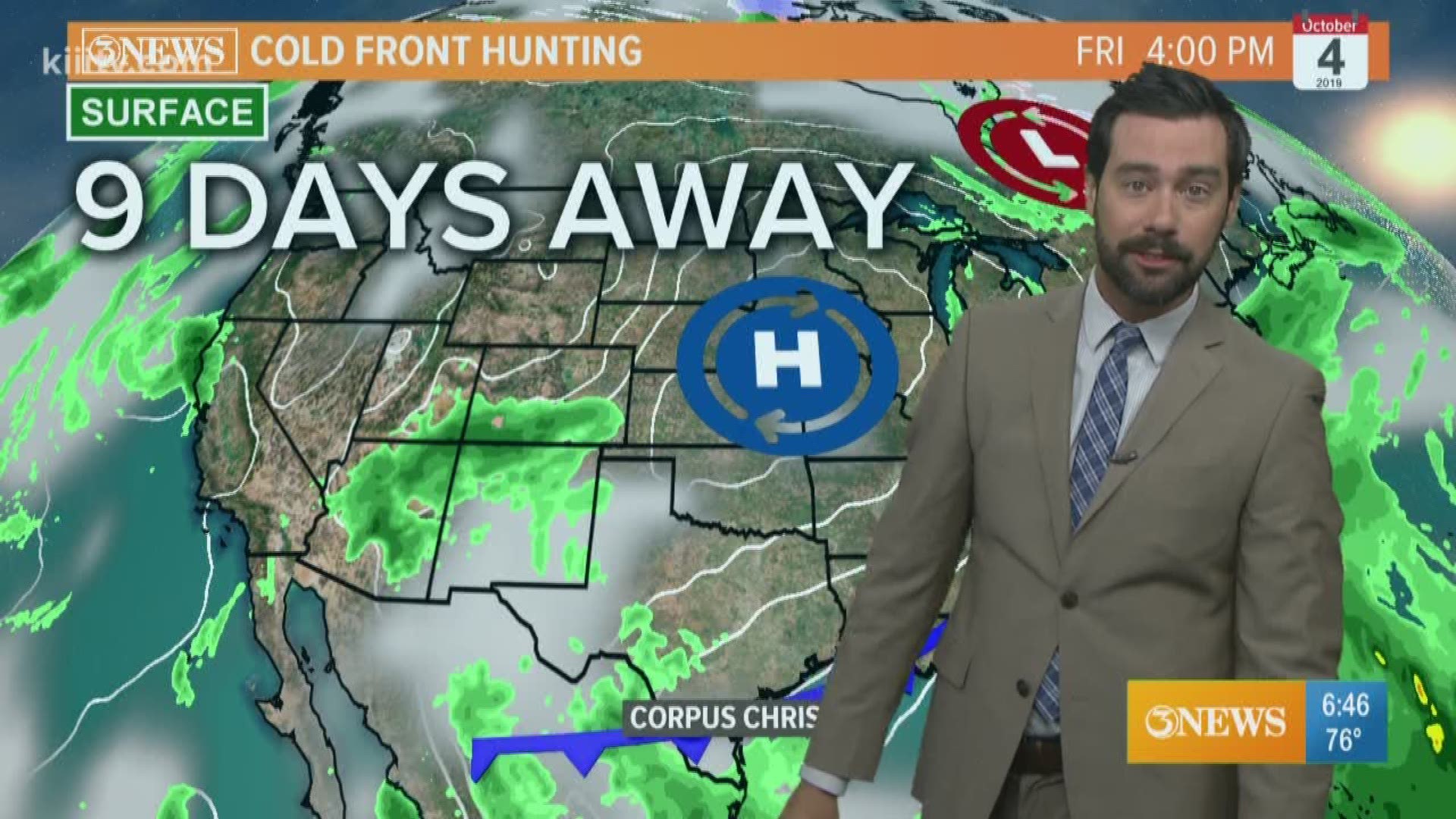 CORPUS CHRISTI, Texas — Every year around this time, people start wanting, pleading, and even demanding a cold front makes it to South Texas.  It's always fun to try and predict when that'll happen and I often just respond to the September-long question of 'When is the first cold front?' by simply saying, October.  For the first time this season, long range forecast guidance is HINTING at a possible cold front late next week; October 4 time-frame.  Fun Fact: On average, the first time Corpus Christi dips into the 50s after Summer is October 6.

Alan Holt 3 News Meteorologist
Around this time of year, 'when is it going to get cold' is a pretty common question. My answer is typically "October". I did some digging...and on average, the first time Corpus Christi gets into...

Getting to this year...there is some agreement on when the first cold front may make it into South Texas and it looks like it COULD be late next week (around October 4).  This is still 9 days away from the time of this post, but it's worth at least noting that both the GFS and European models (two of the more reliable global models) are signaling a front in South/Central Texas.  Strength of the front, how far south it gets, and if it even makes it here are all still in question, so just know this is something to watch and not expect, at this point.  The two images below are from the GFS and EURO and I drew in the potential first front they're both hinting at.  Both images are from this morning's (Sept. 25) suite of data and are valid for the morning of October 4.

If you're familiar with the way I forecast, I let the data guide my words.  In this case, we are talking an awfully long way out for any semblance of good reliability/certainty in a forecast.  The fact that both the GFS and EURO are both hinting at this happening warrants a mention, though.  Also, the GFS has been suggesting for a few days now.

To wrap up, remember - model forecast reliability beyond a week away becomes poor.  It's reasonable that a cold front does make it in to Central Texas late next week, but finite details like how far south, how cold, what time, and rain chances are all muddy and hardly worth assigning values to at this point.  The graph below shows my thought process with respect to forecast reliability in time.  For now, try to get the the 90s that are ahead of us for the next week at least!