We're more than halfway through winter, but with a dramatic cold on the way, here are a few things to check around your house to prepare for the arctic air. 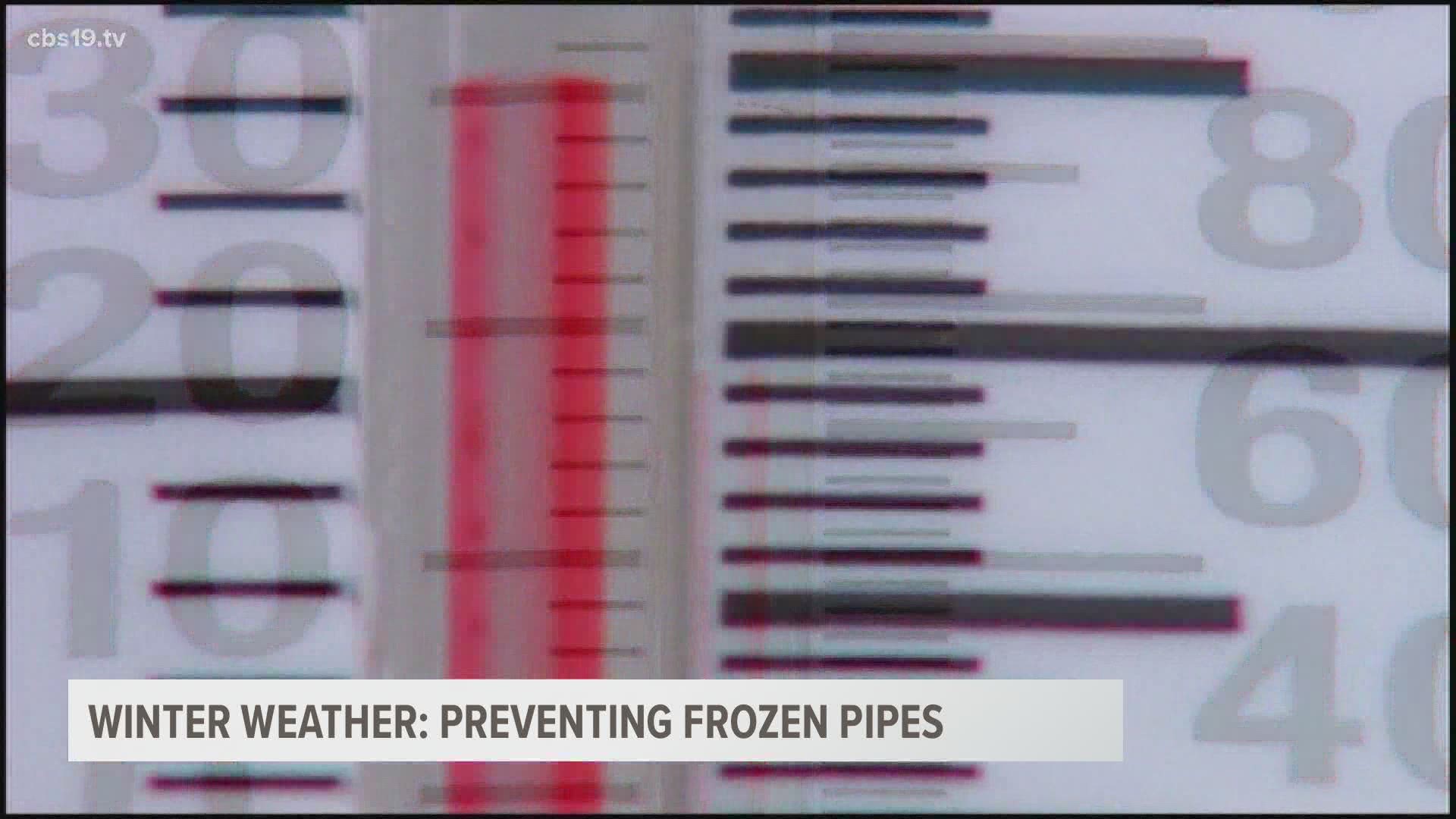 TYLER, Texas — This weekend, a polar air mass with usher in arctic air from the north will likely drop our nighttime temperatures into the teens, and daytime highs will struggle to budge beyond freezing marks. With dramatic cold on the way, here are a few things to check around your house before the polar air arrives.

When water freezes, it expands. And some objects will explode if left in a freezing environment for too long. For example, if you left a can of soda in your car on a very cold night, the can would explode.

The same principle applies to your water pipes at home. When the water inside the pipes freezes, it expands. Those frozen portions can force pressure down the pipe causing it to burst. A burst pipe can bring costly damage, so it pays to prepare.

John Crymes, General Manager of  Benjamin Franklin plumbing, shared some tips on what you can do now.

Faucet covers, pipe wrap, or even household items can be used.

"If you can't do this, I've seen people take a towel and wrap it around the pipe, put some duct tape on it, you know, it's a quick fix if you don't have insulation," Crymes said.

Inside the home, leave the faucets running at a low trickle enough to keep that water moving. Open up attic doors and cabinets to keep warmer air circulating around the plumbing. Also, be sure to get started before the freezing air gets here.

"Some will wait until it happens so we're scrambling to get to the hardware store to find something and then they are all sold out," he said. "So just try to think ahead every year. If you don't want to do it, call your local plumber to wrap your pipes, check your attics."

He says if there is an emergency, know how to turn your water off.

"Every house should have an emergency shut off valve," Crymes said. "Most have them but they are underground, covered up or you don't know where they're at. You need to know where those are at, so you can turn that water off because if it floods out and starts flooding until you turn that emergency meter off or your cut off."

RELATED: CBS19 WEATHER: Cold gets colder by the end of the week

RELATED: Tips for protecting your loved ones, including your pets, during winter freeze