"Our next promise to fulfill is our internship program where we bring young people on," Harris said. The goal is start the program near the end of spring." 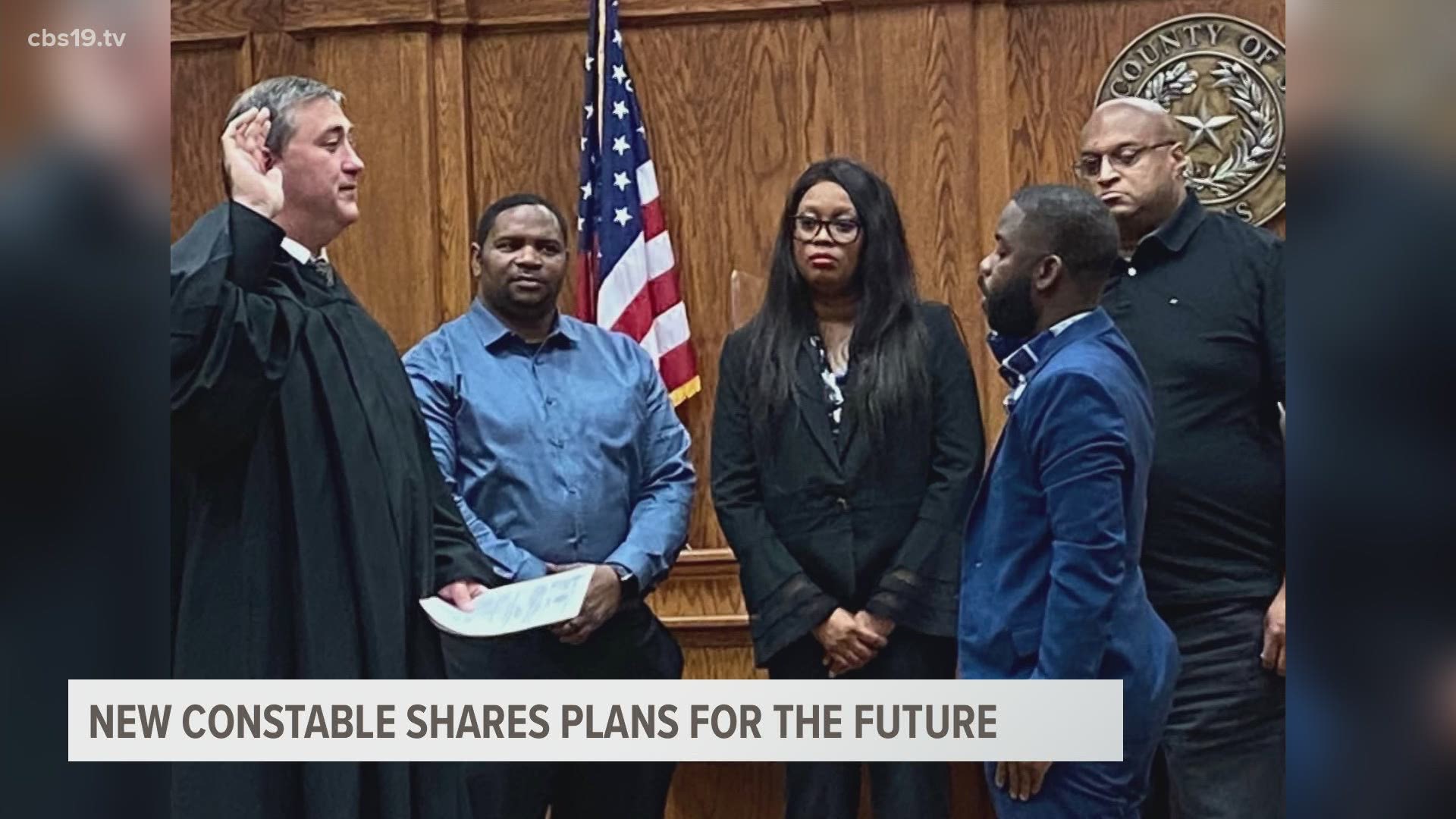 TYLER, Texas — Newly sworn-in constable Curtis Traylor-Harris has only been in his position for a few days but he is already thinking of the future.

Harris has set big goals for himself as he hopes to interest young people in law enforcement.

"The kids can look and say, 'hey, maybe it's not such a bad profession to go into,'" Harris said. "And making sure that when we do bring them on, we're doing the right thing they're seeing us do things the right way."

Harris, a Tyler native, has been a part of law enforcement since he was 18. Now 33, he's worked in both Gregg and Smith counties as well as in Dallas.

Harris says when he moved back to Tyler he didn't intend on running for office, but after talking with people in the community, he thought he could make a change for the better.

"This is my opportunity to kind of change things and change the perspective of law enforcement for my community, so I threw my hat in the ring," Harris said.

Harris received the third most votes in the initial election to become Smith County Constable of Precinct 1 before winning the runoff election.

The first thing he did was to appoint Laquenda Banks as chief deputy, fulfilling his campaign promise to appoint a woman to the position, but this is just the start.

"Our next promise to fulfill is our internship program where we bring young people on," Harris said. "We get them trained through the police academy and get them commissioned as law enforcement officers so they can continue their careers."

The goal is to start the program near the end of spring as they wait for COVID-19 to die down.

Harris says they're creating this program to give minority communities in Tyler the chance to learn more about the police and build trust. His hope is through the internship young people will be more interested in law enforcement.

"Young people don't have a trust of police and I want to change that narrative in that outlook," Harris said. "So bringing young people in, minorities, Hispanics, African-Americans, male, females. Having people out in the community that looks like us, that represents us, changes that narrative."