In 2019, the City of Tyler announced it would be building the Rose Complex Convention Center where Harvey Hall is currently located. 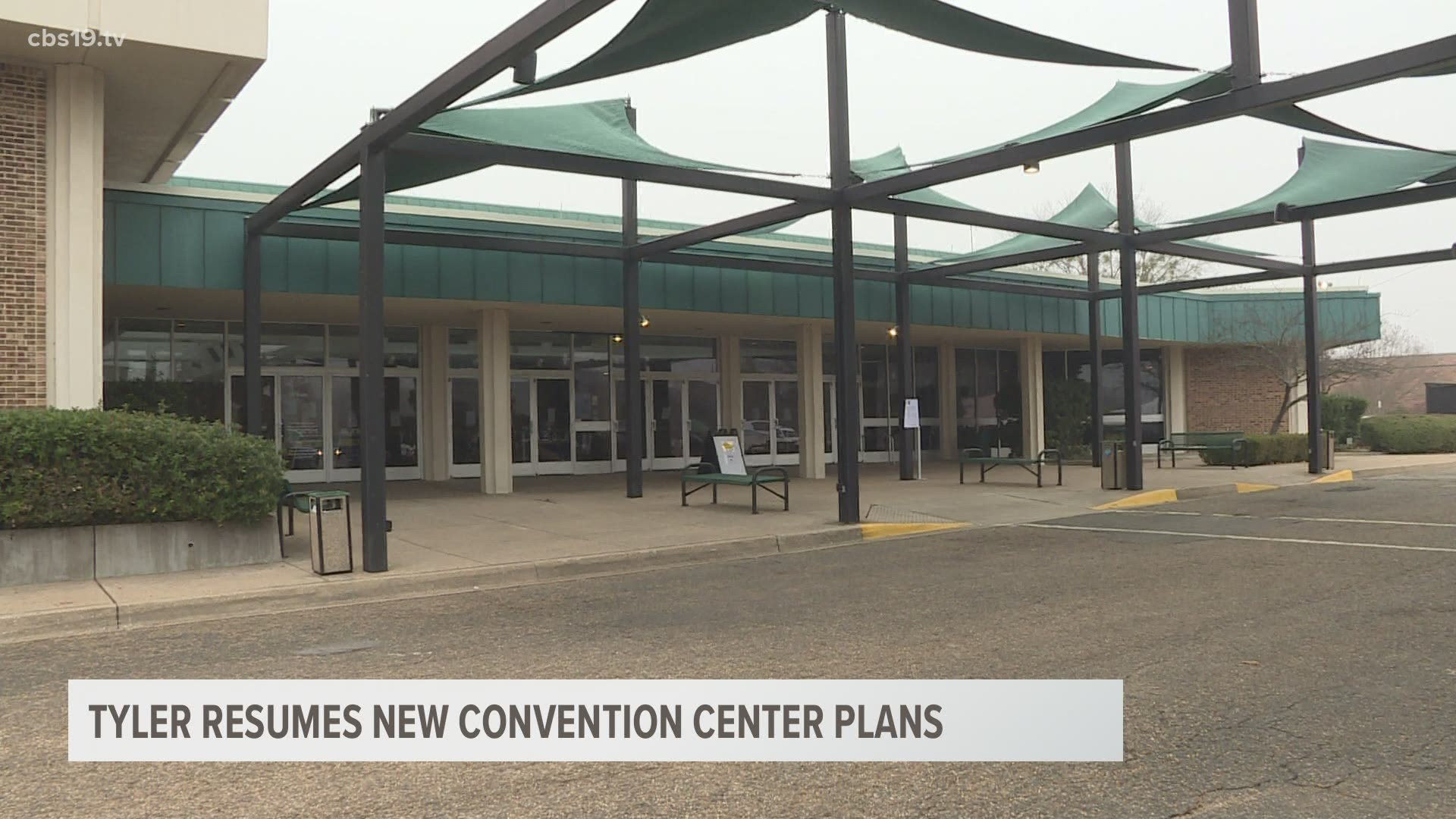 TYLER, Texas — When the City of Tyler announced in 2019 it would be building the Rose Complex Convention Center, it was anticipated construction would begin in 2020. However, not only did the pandemic impact groundwork but funding for the project as well.

The Rose Complex was originally estimated to cost $21 million. During the Tyler City Council meeting on Wednesday, a financial budget for the project with an updated cost of about $28 million was presented.

"They [the council] were looking at the funding plan moving forward, and then how they would go about if they needed to borrow money," Franklin said.

While the presentation was underway, city staff mentioned to the council members the city can sell hotel occupancy tax bonds to investors. With the amount of taxes collected from the previous year, the proposed financing for the project would be $10,750,000 in net proceeds.

The timeline discussed during the meeting was to potentially begin selling bonds by April 27 and closing on May 27.

Franklin says over the next few months, there's more work to be done to get the ball rolling for the project.

"We are putting together a final set of construction plans, we'll bid the project out, and then we hope to bring that construction project with the lowest bidder to Council on April 28," she said.

If everything goes according to plan, the Harvey Convention Center could be demolished by this summer.

"We would really like to make a big splash opening a facility for Rose Festival in October 2022," Franklin said. "Providing a facility that as we move out of COVID can really enhance our tourism, and bringing people back to visit our community, I think really will provide an economic stimulus."

The Rose Complex Convention Center will feature a larger space for events as well as a green space in front. Franklin says it's to show people the Rose Capital's beauty. Previous plans for the complex featured a hotel, but during the meeting, the council and staff only discussed building a new convention center.