East Texas mom designs 'friendship' shirts for back to school

After seeing a viral post of a boy wearing an "I'll be your friend" shirt, an East Texas mom decided to make one for her daughter and others. 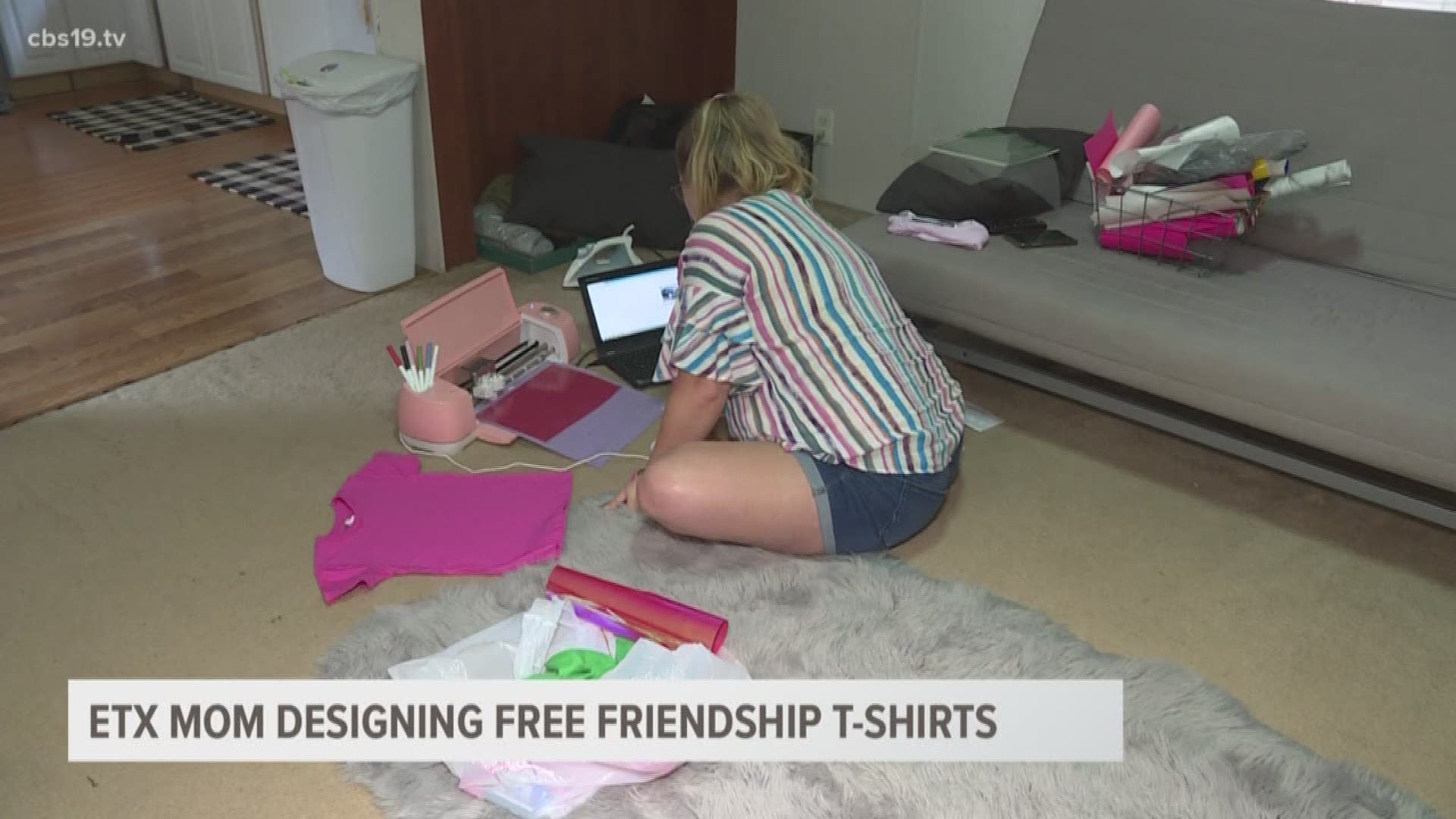 TYLER, Texas — A Facebook post of a Georgia boy wearing an "I'll be your friend" T-shirt on his first day back to school has inspired a Tyler mom to create her own designs.

"It's more just like a craft," Shelby Bowers said. "My husband bought me a Cricket machine for Christmas."

Bowers is no stranger to bullying, she herself experienced it in high school. She says her six-year-old daughter, Harlee, had issues last year that was "hard on her."

When seeing Blake Rajahn's shirt, Bowers knew she had to make her own.

"I hope that it like makes a big impact and hope that kind of changes the way our kids make friends in school," Bowers explained.

So she posted to a Facebook group called East Texas Rad Girls to see if anyone would be interested in a free tee.

The response was so great she even had to close the comments on the post.

"I figured it's a free shirt, people are going to for sure want one," she said. "But I did not think like that many people would want one at all."

Bowers has a list of about 50 shirts she will be making before the school year begins. If anyone wants a shirt, Bowers says to message her on Facebook with what size, color, and which design option.

She says she will continue to make shirts after school has started for those that are interested.