Lufkin police said charges are pending. Meanwhile the incident is under investigation. 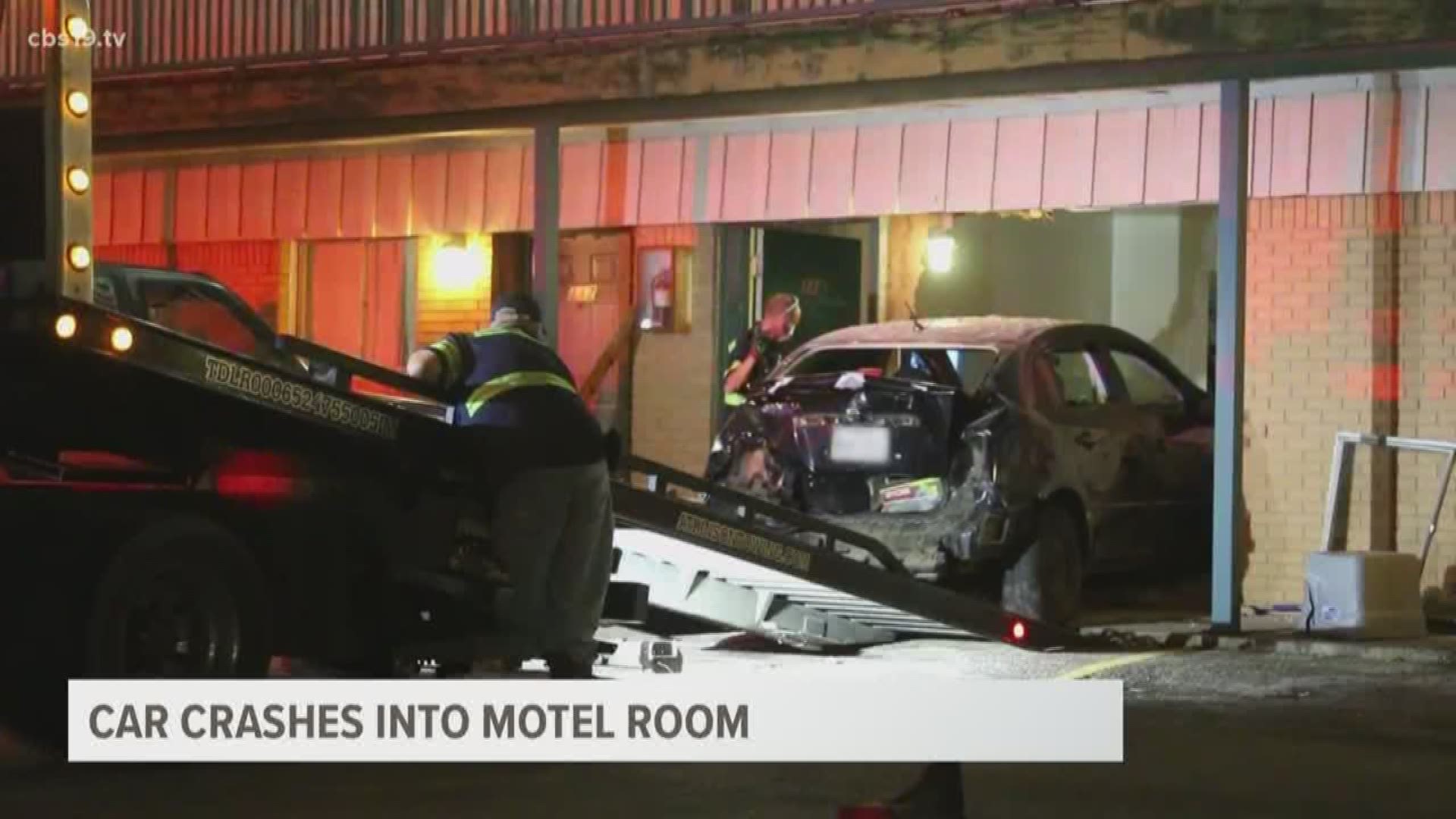 LUFKIN, Texas — One man was taken into custody Friday night after allegedly ramming his into a car, which in turn crashed into a motel room, Lufkin police said.

According to police said 19-year-old Kenny Price of Nacogdoches was involved with a fight with another man and a woman at Petty's Motel.

Following the fight, police said Price got into his Dodge pickup truck and drove it toward the exit. However, he circled back and rammed the woman's car, a Nissan Sentra, as she and the man stood by it. The impact caused the Sentra to crash into one of the rooms.

While someone was staying in that room, there was no one inside at the time of the crash. No one was injured in the crash.

Price fled the scene on U.S. 59 heading towards Nacogdoches.

Police responded to the scene at about 8:12 p.m. At about 9:20 p.m., Price called Lufkin police and agreed to meet with officers to talk about the incident. He met police in a parking lot off Timberland Drive and was taken into custody.

Lufkin police said charges are pending. Meanwhile the incident is under investigation.