For two decades, doctors at the UT Health Science Center at Tyler have been researching pulmonary fibrosis. Now, they have developed a drug that could reverse scarring in the lungs, which kills about 40,000 Americans each year. 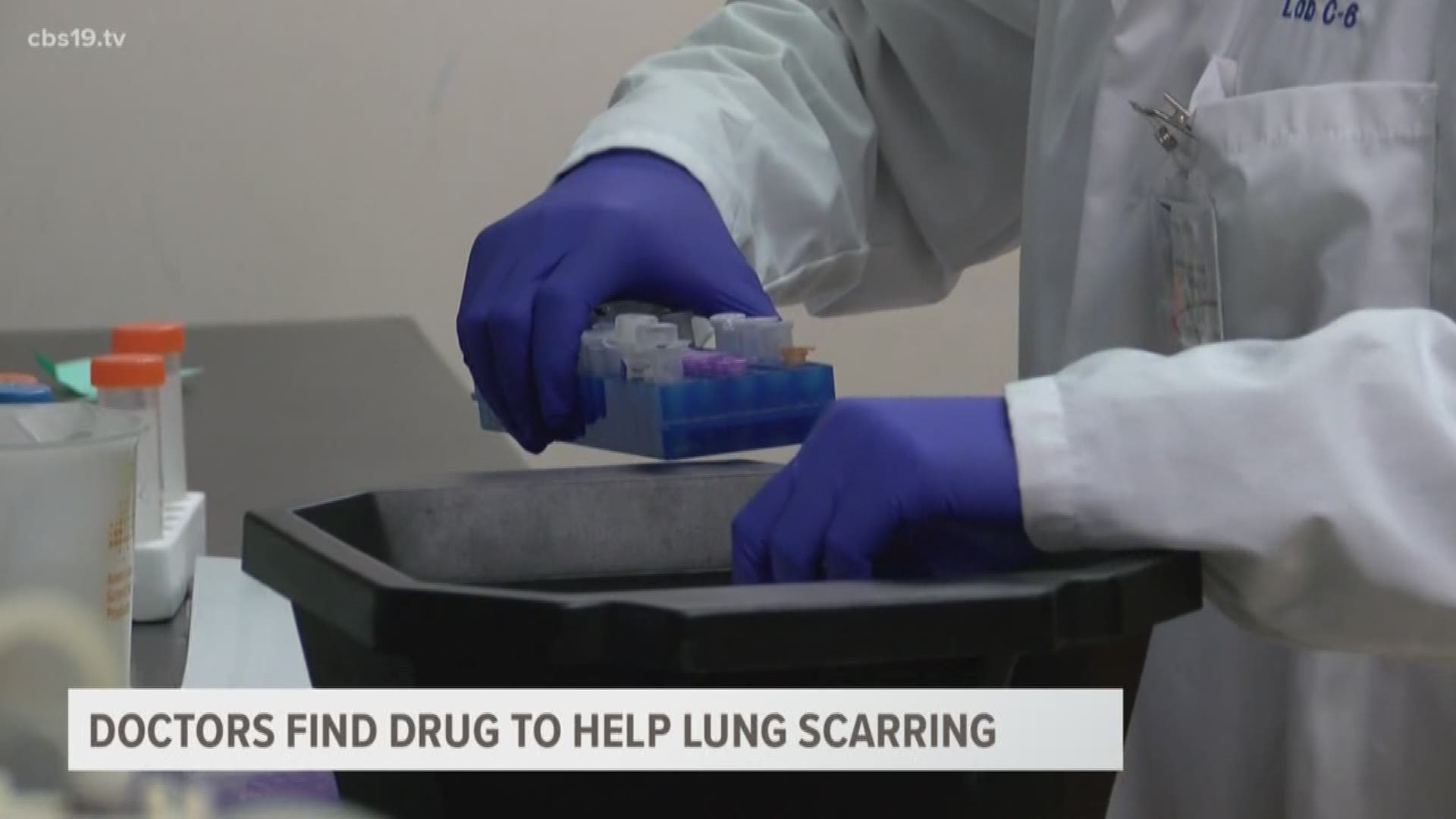 TYLER, Texas — The University of Texas Health Science Center at Tyler has a history of helping patients fight lung diseases like tuberculosis.

Over time, they have expanded their reach to biomedical and clinical research, and doctors at the UT Health North Campus are staying true to the hospital's origin.

For two decades, Drs. Steve Idell and Sreerama Shetty have been conducting research for diseases like pulmonary fibrosis, which is scarring in the lungs.

"The original objective was to determine how cellular survival was actually determined," Dr. Idell says.

That led to the discovery of something different while conducting pre-clinical studies.

"This fragment of a protein, which is now called LTI-03, was very effective in preventing and then actually reversing fibrosis," says Dr. Idell.

Now, an Austin company, Lung Therapuetics, is helping commercialize it.

"As an option for people with idiopathic pulmonary fibrosis which has a poor outcome in most cases," Dr. Idell explains.

In the United States, about 40,000 people die each year because of lung scarring. LTI-03 was manufactured to test and see if it will help patients dealing with this issue.

"It is ready to go in an inhalation way to be given essentially for patients to inhale it and see whether it's safe," says Dr. Idell.

A study to see if the drug works will be performed in Belfast later this year.

Dr. Idell says he hopes LTI-03 will be FDA approved and available for patients to use in a couple of years.

"If it works, it's the real work of my life," says Dr. Shetty. "Otherwise, as I said we try our best and rest of things is not in our hands."