VERIFY: Does breast milk adapt to protect babies from the flu?

A woman posted on Facebook that her breast milk changed colors when her baby daughter had the flu. But is that really possible? Our Verify team got the answer. 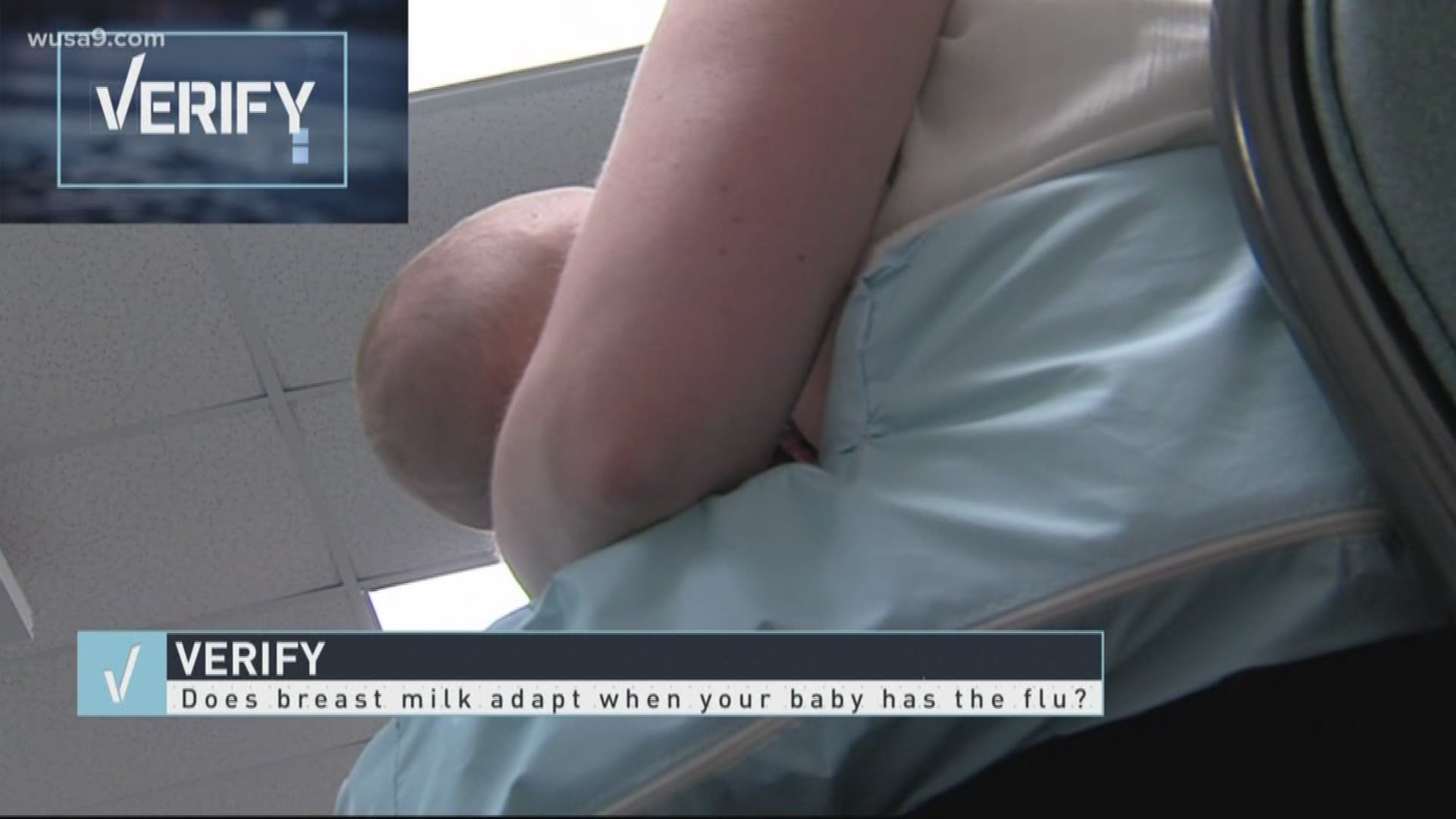 A woman posted on Facebook that her breast milk changed colors when her baby daughter had the flu. Is that true?

Yes, the nipple knows when you're baby is sick and adds more antibodies to the milk. It can change colors for a number of reasons, including how long you've been nursing and diet.

One more reason why moms really are superheroes.

Breast milk can adapt when the nipple detects that their little ones are sick.

It started with a viral Facebook post with over 40,000 shares. Paige Peterson says her breast milk yellowed after her daughter caught the flu. She says a nurse told her that's because her body is responding to the baby's need for more antibodies.

We verified, it's true.

"The theory is that the infant saliva, when the baby is at the breast the saliva actually enters the mother's body and helps the breast milk, kind of, special order the antibodies that are needed," Michelle Stulberger, a lactation consultant at Metropolitan Breastfeeding in Bethesda, said.

When the baby suckles, it 'exposes the breast itself' to the sickness, according to Rachel Miller, another certified lactation expert.

The product is similar to Colostrum--the first milk moms produce for a newborn. It's thick with antibodies and white blood cells to protect infants against the world.

Consider it their first immunization, but if your baby gets sick, it's not their last one.

"When it is fighting an infection it could have more of those antibodies and would then resemble that golden thicker Colostrum," Stulberger said.

Experts say milk can turn a burnt yellow tinge for many reasons like diet or just progression of time.