The Bills emerge as AFC favorites after they stomped the Chiefs on Sunday night. Meanwhile, the Arizona Cardinals remain the NFL's only undefeated team. 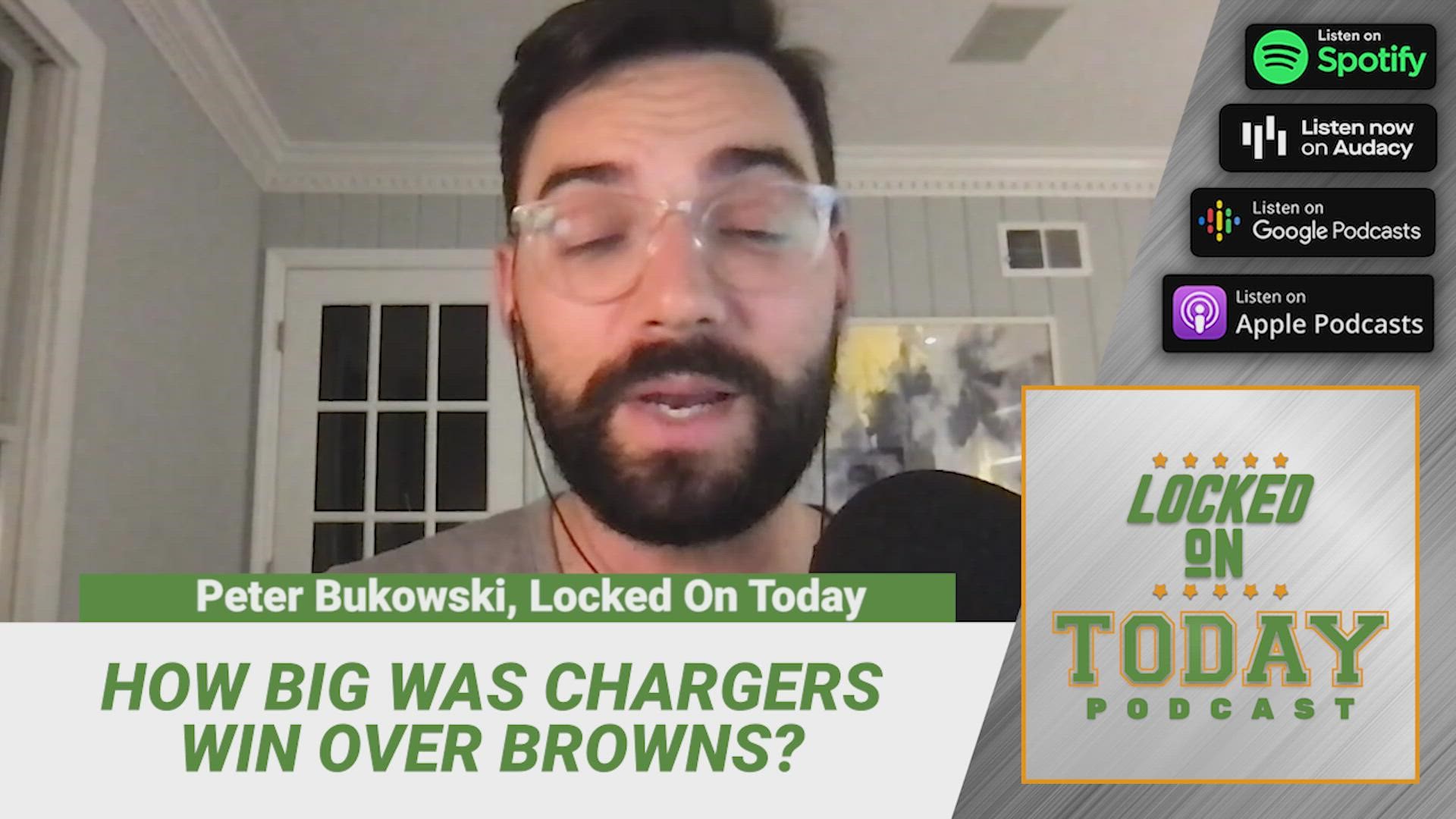 The biggest straight up upset was the Chicago Bears defeating the Raiders in Las Vegas to hand them their second-straight loss. The Raiders were favored by six points in the game.

Meanwhile, the Arizona Cardinals remain as the NFL's only undefeated team at 5-0 after they grinded out a 17-10 win over the 49ers at home on Sunday.

Check out some more of the top storylines from Sunday's NFL action.

SUBSCRIBE to the daily Locked On NFL podcast, free and available on all platforms

The Buffalo Bills emerged as No. 1 in our Locked On/TEGNA consensus NFL Power Rankings poll last week and it looks like they're probably going to stay there this week.

The Bills walked into Kansas City in an AFC Championship Game rematch and they outplayed Kansas City on both sides of the ball. Patrick Mahomes turned the ball over three times and threw for just 272 yards on 54 pass attempts.

Bills quarterback Josh Allen threw for 315 yards and three touchdowns on just 15 completions. He also rushed for 59 yards and a touchdown.

The Bills are now favorites to win the AFC, per the odds over at Locked On partner BetOnline.ag. Buffalo is just behind Tampa Bay in Super Bowl favorites odds.

Recapping the Bills 38-20 win over the Kansas City Chiefs. We discuss the best and worst from the game and what matters most moving forward. #BillsMafia

The Green Bay Packers and Cincinnati Bengals played one of the stranger games on Sunday.

With 3:32 left in the fourth quarter, the Bengals tied the game at 22 after a touchdown and 2-point conversion.

The Packers marched down the field and with just over two minutes left, had a chance for a go-ahead, potentially game-winning field goal from just 36 yards. But, veteran kicker Mason Crosby missed the kick.

Cincinnati took the ball and drove the other way, setting up a 57-yard potentially game-winning field goal try for kicker Evan McPherson and it hit off the goalpost and missed.

The Packers then set up ANOTHER field goal try to win the game from 51 yards with three seconds left and Crosby missed again. So, the game headed to overtime.

Both kickers went on to miss a game-winning field goal try in overtime before Crosby finally made a 49-yard game-winner.

Notably, Bengals quarterback Joe Burrow was taken to the hospital after the game with a throat contusion after he was having trouble speaking after the game.

Sunday was the anniversary of Dak Prescott's season-ending injury against the Giants and the Cowboys hosted the Giants on Sunday.

The Cowboys rolled to a 44-20 win over New York and it was the Giants this time that dealt with potentially devastating injuries.

Giants running back Saquon Barkley exited the game with an ankle injury in the first quarter. He reportedly suffered a low ankle sprain and is week-to-week.

Giants QB Daniel Jones was carted off after taking a helmet-to-helmet hit. He was ruled out with a concussion.

New York's top receiver Kenny Golladay exited the game with a knee injury in the first half.

The Los Angeles Chargers continue to trend up as they continue to defeat good teams week after week.

The Chargers were looking for their fourth win on Sunday against the 3-1 Browns and it was an all-offense shootout.

Cleveland took a 20-13 lead into half before extending the lead 27-13 at the start of the third quarter.

The Chargers would work their way back, though. Two-straight touchdowns gave the Chargers the lead 28-27 with 11:30 left in the fourth quarter.

The Browns answered less than one minute later on a 71-yard touchdown.

Three minutes later, the Chargers scored again to tie the game at 35.

Less than three minutes later, the Browns, again, scored to take a 42-35 lead.

Just over a minute later, the Chargers scored again, but missed the extra point attempt. The Browns led 42-41 with 3:23 left and could ice the game with a first down. But, the Chargers defense came up with a quick stop and got the ball right back.

The Chargers marched down the field and scored another touchdown to take a 47-42 lead and the eventual win.

A whopping 41 points were scored in the fourth quarter of the game. Justin Herbert threw for 398 yards and fourth touchdowns and also added a rushing touchdown. The Browns had 230 rushing yards.

The Chargers are now emerging as a real AFC contender after three-straight wins against the Chiefs, Raiders and Browns. They'll look to keep it going next week against Baltimore on the road before they get a BYE week.